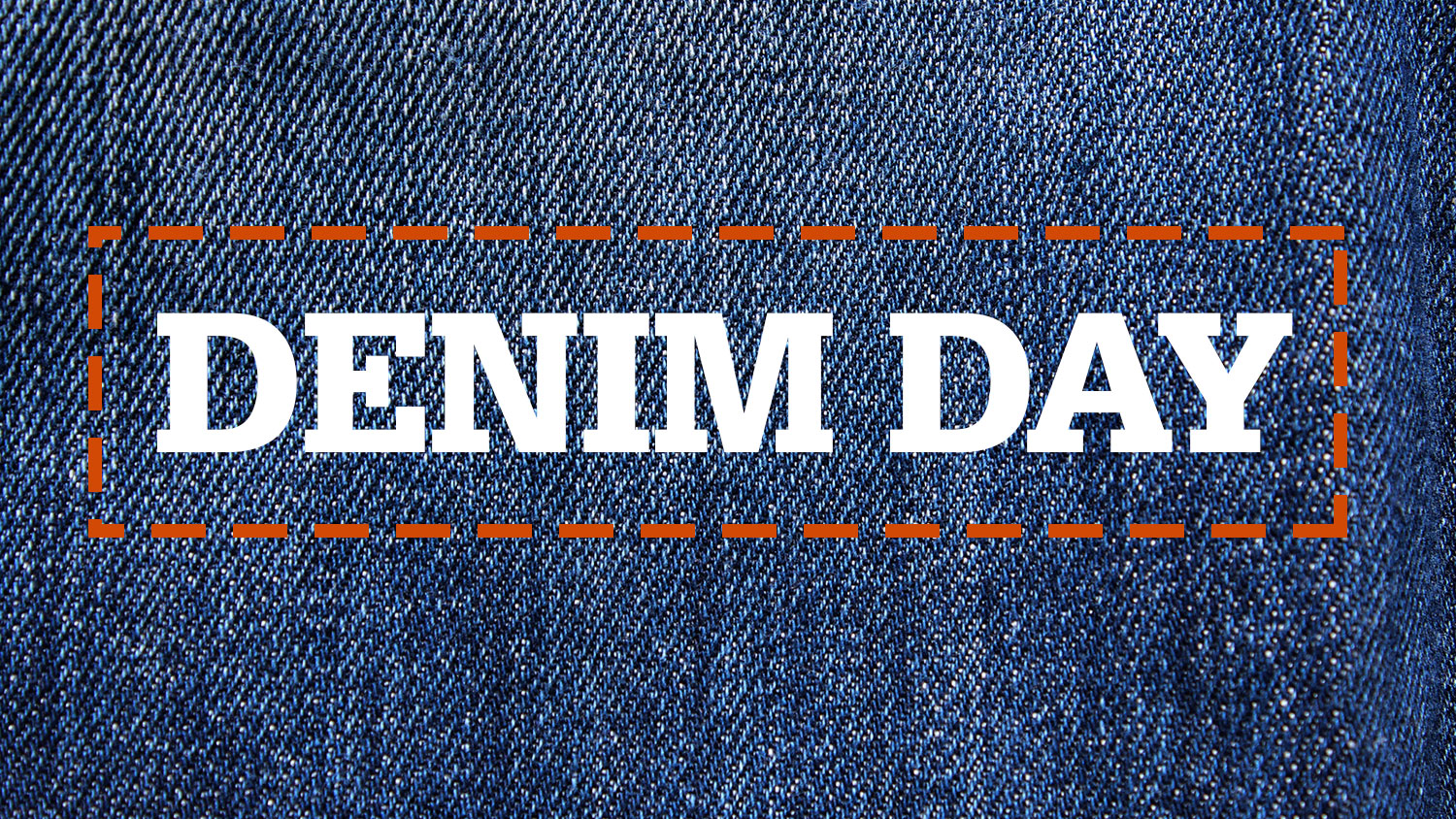 In the early 1990s, a case went to the Italian Supreme Court, and as a result, a movement was born. In 1992, an 18-year-old girl was raped by her driving instructor, who was later convicted. He appealed to the Supreme Court and was subsequently released; the Court agreed that the victim must have consented because “her jeans were too tight.” In protest of the ruling, many of the women in the Italian Parliament wore jeans. Since then, Denim Day is now celebrated worldwide, with thousands choosing to wear denim each year as a sign of solidarity.

In the United States, about 1 in 5 women and 1 in 71 men will be raped at some point in their lifetime. The reason that we continue to wear denim almost 30 years after the original case is that rape is still a prevalent issue, perhaps even more so due to the vast media influence that perpetuates and enables rape culture.

Unfortunately, the media tends to portray a narrow definition of rape; typically, there is a heterosexual couple, and the man forces himself onto the woman while she begs him to stop. In reality, rape can happen in any kind of relationship, and any individual can be the victim or perpetrator, regardless of their gender identity or orientation. Another way the media fails to accurately depict rape is that screaming “no” is not the only indicator that consent has not taken place. To fully consent, one must actively agree to every aspect of the sexual encounter. A lack of disagreement does not mean yes, nor does ambivalence.

Another disturbing trend, which was present in the Italian courtroom back in the 1990s, is victim blaming. Regardless of what a victim wears or what they were doing prior to the act, there is absolutely no excuse for rape. According to Harvard Law School, victim blaming is one of the reasons that sexual assault commonly goes unreported. It is important to remember that victim blaming does not just take place on an individual level; rather, it is institutional, and the media and other systems actively perpetuate victim blaming culture (Thacker, 2017).

Victim blaming does not only impact women but also impacts men as well. Through repeated exposure to victim blaming in the media, men become desensitized to the realities of rape and subconsciously learn that rape is a “woman’s problem” (Thacker, 2017). Rape is actually a universal problem, and people of all genders have a role to play in fighting against rape culture and dispelling the harmful stereotypes and myths that perpetuate it.

Even if you have not directly experienced interpersonal violence, there is a place for everyone in the fight against IPV. You can use your voice to advocate for change and support survivors by advocating against the challenges and barriers survivors face. You can begin by contributing to prevention efforts on social media by:

In addition to social media advocacy, you can attend virtual events during the month of April for  Sexual Assault Awareness Month. These events include workshops on Healthy Relationships, a virtual survivor speak out, a Human Trafficking Awareness Workshop, and many more opportunities to learn and engage. Visit go.ncsu.edu/SAAM to learn more.

The month of April will conclude with celebrating Denim Day on April 28, 2021. On this day, join millions of people across the world by wearing jeans to protest all forms of sexual violence and support survivors. Post a photo of yourself wearing denim on facebook or Instagram. Tag @ncsuwomenscenter and @ncsuthemovement and use the hashtag #PackDenimDay21 to show your support for dismantling rape culture to support survivors at NC State and beyond. Attend our virtual Denim Day Activism Workshop to learn more and advocate for change both nationally and in your local community.

** If you or someone you know is experiencing relationship violence, sexual violence, stalking or any other form of interpersonal violence and are in need of advocacy services, the NC State Women’s Center has trained advocates available to offer crisis intervention, emotional support, resources and referrals. Students can contact the 24/7 Sexual Assault Helpline at 919.515.4444 or ncsuadvocate@ncsu.edu to be connected with an advocate for remote support via phone, Zoom or Google Hangout. **

Advocacy services through the NC State Women’s Center are available for all students, inclusive of all gender identities and sexual orientations.