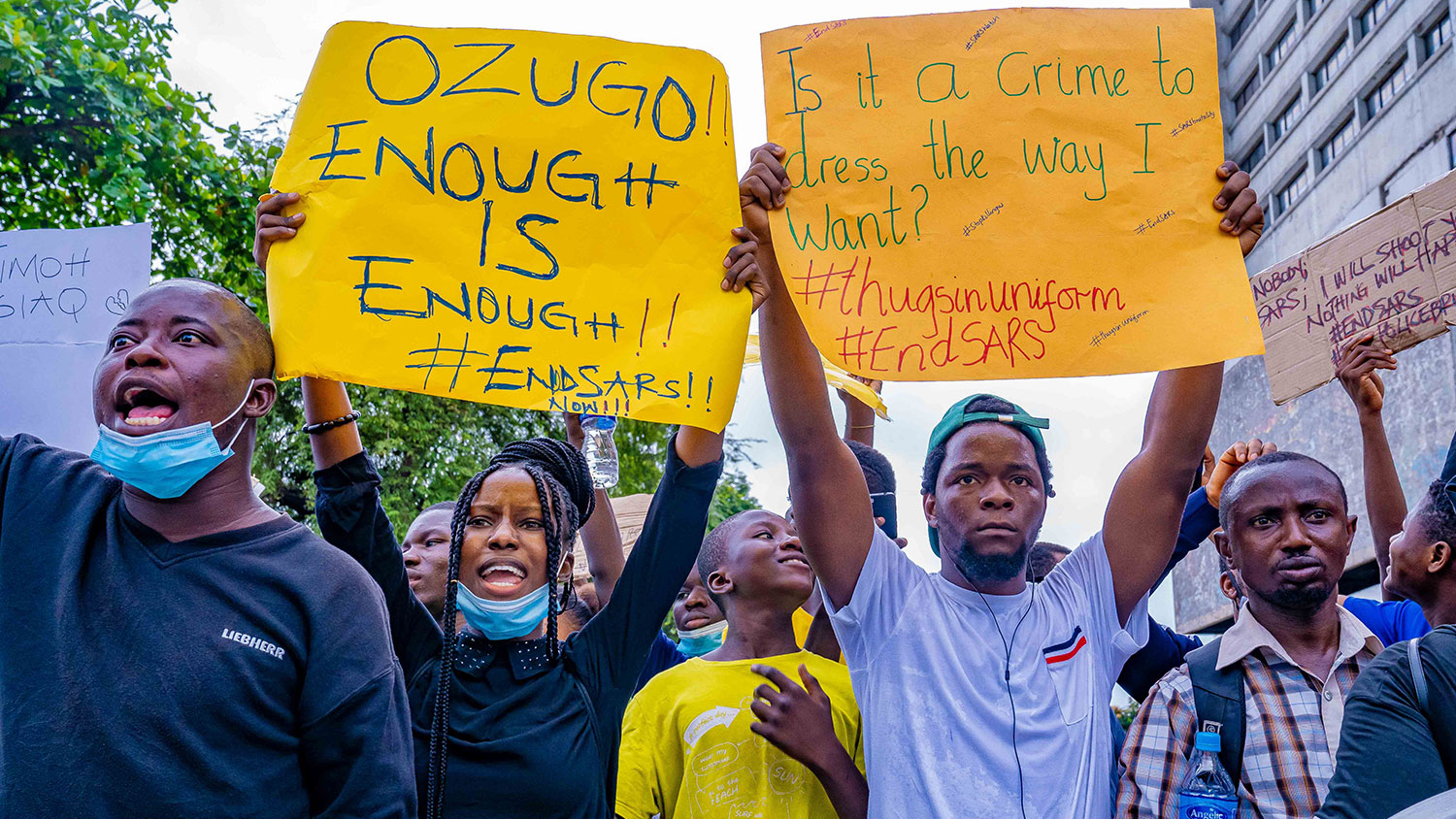 The #EndSARS movement began as a nationwide movement in Nigeria in 2017 to stop police brutality but has recently received global attention.

The movement calls for the disbanding of the Special Anti-Robbery Squad (SARS), a unit of the Nigerian police formed in 1992 to combat armed robbery and crime but notorious for accusations of unlawful arrests and abuse of power. Amnesty International reported at least 82 cases of torture, ill-treatment and extra-judicial execution between January 2017 and May 2020. A revitalization of this movement this past month saw mass demonstrations across Nigeria alongside outrage on social media. Solidarity protests and social media engagement occurred worldwide, including in North Carolina. Celebrities, too, have spoken out against SARS.

“I am heartbroken to see the senseless brutality taking place in Nigeria. There has to be an end to SARS,” said singer Beyoncé on Instagram Oct. 21. And she wasn’t alone in this message. A number of celebrities have used their platforms to spread awareness and call for change in Nigeria including Rihanna, Gabrielle Union, Chance the Rapper, Trevor Noah and others.

“The United States must stand with Nigerians who are peacefully demonstrating for police reform and seeking an end to corruption in their democracy,” says Democratic presidential nominee Joe Biden.

In response to demonstrations and growing global pressure, the Nigerian Police Force announced on Oct. 11 that it dissolved SARS and fired at least two officers. Demonstrators and activists are hesitant to accept this announcement because then the force would place these former SARS officers into other jobs and units.

Despite the disbanding of SARS, unrest continues in Nigeria, especially following the Lekki toll gate shooting in Lagos on Oct. 20, where Nigeria’s security forces fired into a protest killing 12 people.

This movement is still ongoing. To stay informed on what is happening in Nigeria, follow #EndSARS on social media.