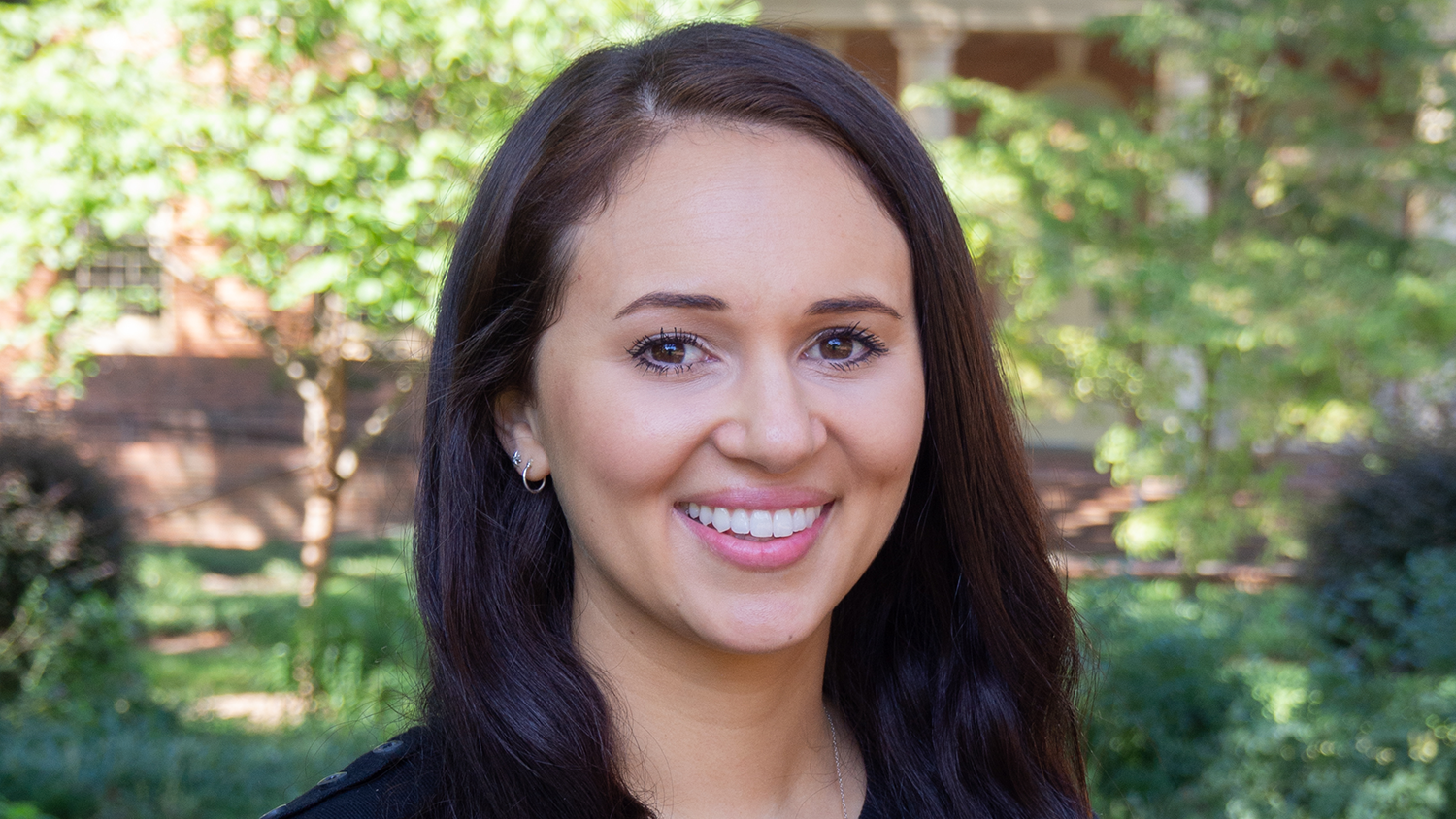 Nicole Robelo, program assistant in the Inclusive Excellence and Strategic Practice unit within the Office for Institutional Equity and Diversity (OIED), will serve as an NC State staff senator for the next two years.

As staff senator, Robelo will represent District 2, disseminating information to staff members and voicing staff concerns on their behalf. Within the senate, she will serve on the external affairs committee, which considers issues relating to the community, such as the election and local municipalities.

When asked what she hopes to accomplish as a senator, Robelo says, “I would like to connect with staff members within my district and also be more involved and aware of how NC State is a part of the community — making connections and networking.”

She says the role interested her because “it gives staff a sense of unity, introducing them to people they might not know and can use as a resource.” She encourages staff members to reach out to their district representatives and welcomes staff members from District 2 to contact her with questions. “The Staff Senate instills a sense of community and pride. It’s nice to feel like you’re part of something and you can represent your district well.”

The Staff Senate instills a sense of community and pride. It’s nice to feel like you’re part of something and you can represent your district well.

Originally from the San Francisco area, Robelo earned her bachelor’s degree in communications with a minor in sociology at San Diego State University. Her prior professional experience includes stints working at Academy of Art University in San Francisco and teaching English in Chile. She is currently pursuing her master’s in public administration at NC State.

Robelo has worked at NC State for four years, beginning in July 2016 in the College of Agriculture and Life Sciences as an office coordinator in Agricultural Resource Economics. She moved to her current position in the Office for Institutional Equity and Diversity in October 2017.

In OIED, Robelo has coordinated the Building Future Faculty program, an annual three-day conference that brings prospective faculty members from underrepresented groups to campus for workshops, meetings with NC State faculty and networking activities. Since its inception, the program has led to the hiring of numerous faculty members.

Robelo also helps organize the Recognizing Excellence and Diversity (RED) Event, which honors recipients of the Chancellor’s Creating Community Awards, certificate graduates and other significant milestones in diversity, equity and inclusion each year.

Her other activities include supporting the new mandatory diversity training requirement for faculty, staff and students; coordinating programs such as the virtual Collegial Conversations; and representing the office as a wellness champion through Recreation and Wellness.