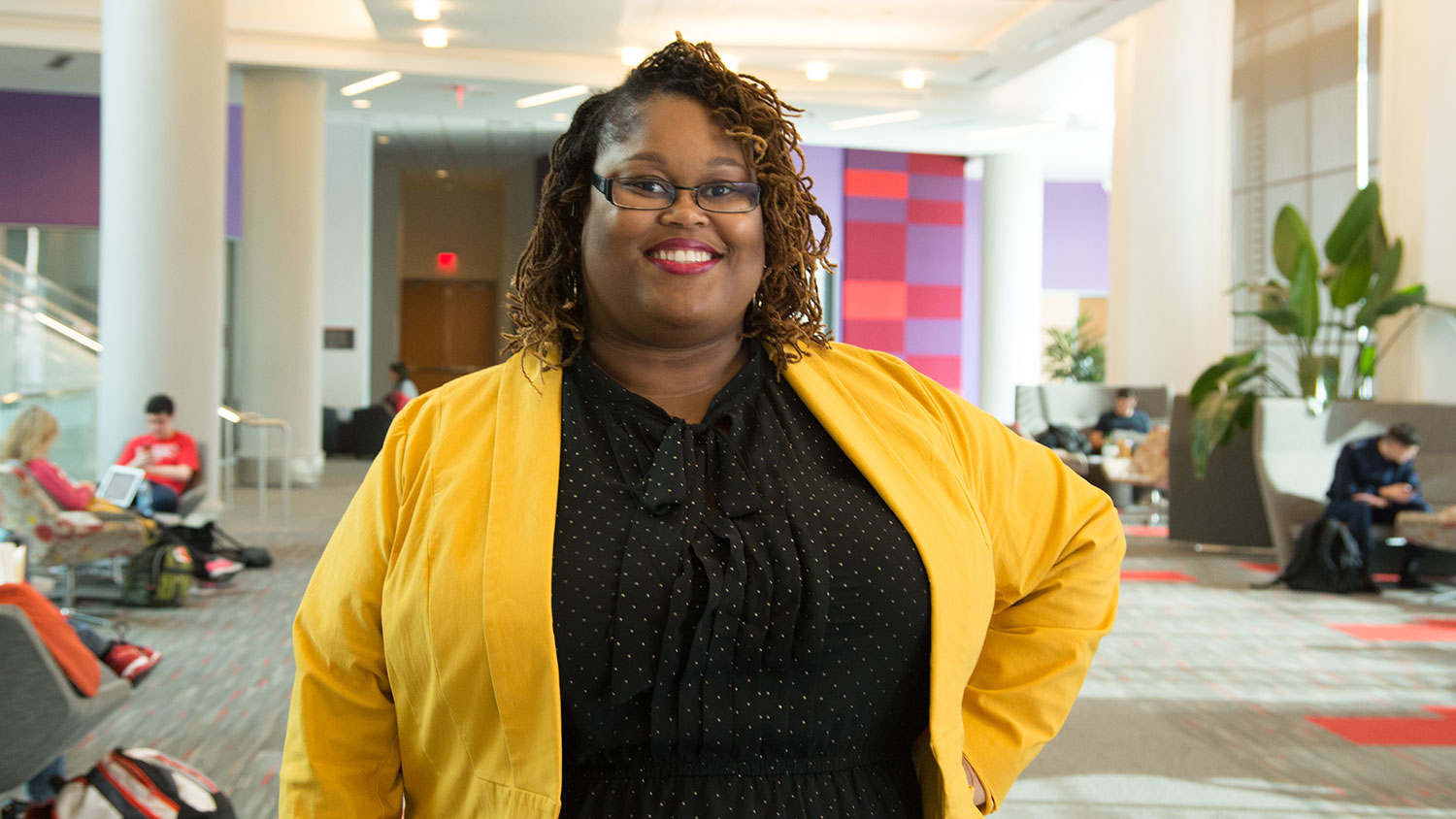 After a nationwide search, the Office for Institutional Equity and Diversity has selected Angela Gay to serve as the next director of the African American Cultural Center, effective Sep. 8, 2020.

Angela (she/they) will leave the role of assistant director of the Women’s Center, where she pioneered several major initiatives, including the Gender and Equity Research Symposium, the Womxn of Color Retreat, and other groundbreaking, collaborative and intersectional art exhibitions, lectures and presentations. Before that, Angela served as a graduate assistant, facilitating key programs such as Feminist Fridays and helping to transform the Women’s Center into a vibrant and multi-dimensional center for students, faculty and staff.

One of many notable examples of Angela’s impact within the NC State community was last year’s African American Cultural Center Art Gallery Exhibition, “Existence as Resistance: The Magic in Blackness,” which opened in February 2020. The exhibition was the third annual collaboration between the Women’s Center and the African American Cultural Center. Angela has been instrumental in leading this collaboration.

Another example of Angela’s efforts to bring true intersectional work to NC State’s Campus Community Centers has been her attention to providing space for NC State’s women of color through the annual Womxn of Color Retreat and recurring study and support groups.

Angela is also a current student in NC State’s Educational Leadership, Policy and Human Development Scholar Leader Higher Education doctoral program whose background in multicultural counseling and advising, active intervention, and student training and development provides a foundation for stepping into the director role with students’ best interests in mind and an expansive practice on which to build.

Jonathan McCorey, director of the GLBT Center, served as the interim director of the AACC since January 2020, keeping the center’s signature programming, such as What’s on the Table, and other services going during a difficult spring and summer.

Please join us in welcoming Angela Gay to their new role as the the leader of NC State’s African American Cultural Center.