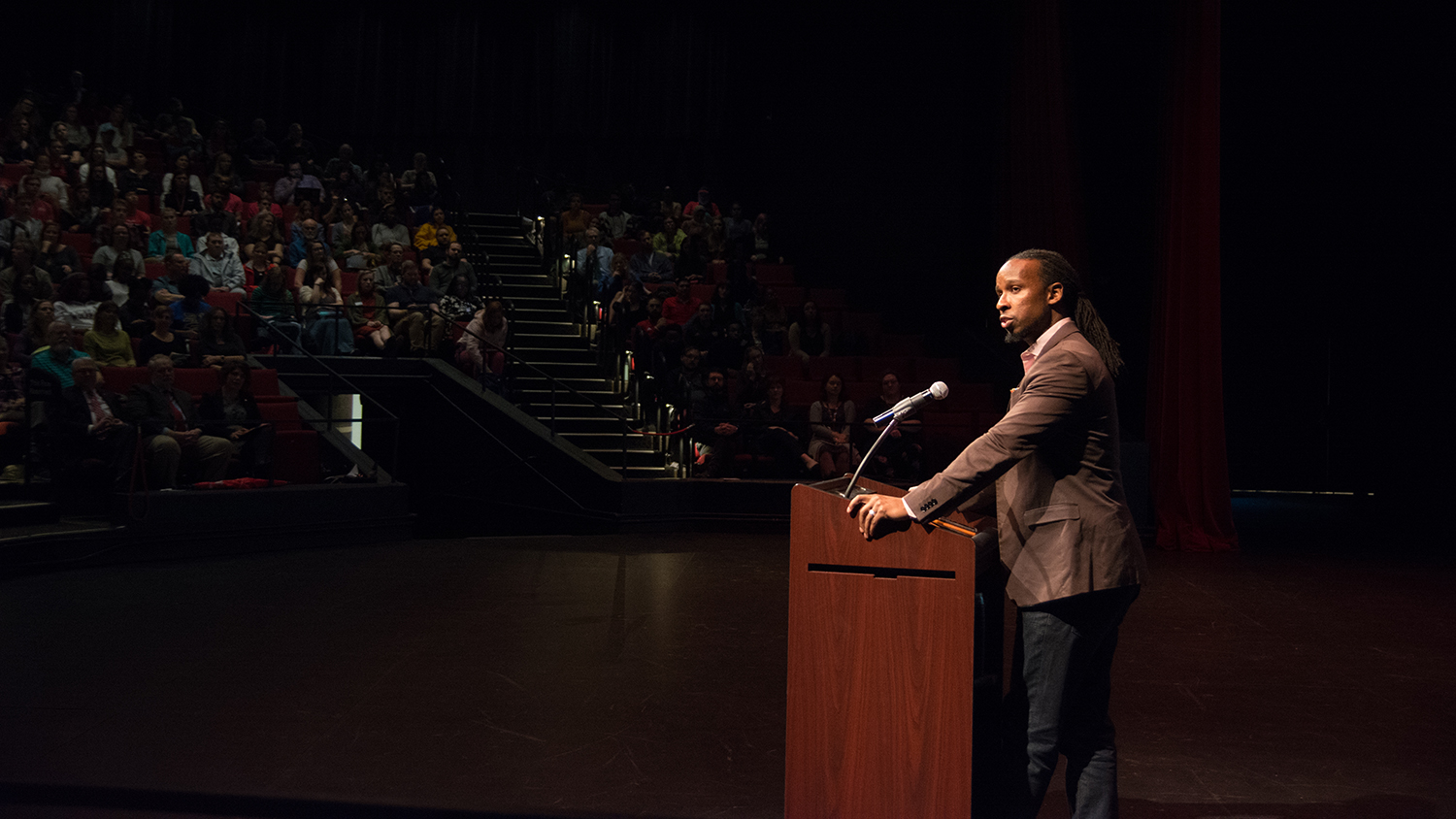 Many in NC State’s campus community had never heard of Ibram X. Kendi before he came to speak at NC State’s 2020 Martin Luther King Jr. Campus Commemoration in Stewart Theatre in January.

However, buzz on campus quickly picked up about the scholar’s impact as an anti-racist thought leader, and his appearance was the most well-attended campus MLK event in recent memory. Kendi is an author, educator and founding director of the Antiracist Research and Policy Center at American University.

The staff of NC State’s African American Cultural Center, with Vice Provost Sheri Schwab, had selected Kendi as speaker the previous summer, working to arrange his appearance for months beforehand. Schwab personally delivered copies of Kendi’s book to fellow university leaders and invited them to attend the speech, which many did.

While Kendi won a 2016 National Book Award for Stamped from the Beginning: The Definitive History of Racist Ideas in America, his later book, How to Be an Antiracist, has quickly become a definitive text on racism as it exists in America today. In it, Kendi explains, with razor-sharp precision, how the systems in place allow racism to flourish, destroying the myth that we are anywhere close to living in a post-racist society. He systematically dissects one aspect of society after another, providing many examples to drive home each point.

Just four months later, in the turmoil of protests, marches and the chaos of White America beginning to realize that Kendi’s analysis is sound, reading lists have begin circulating with both of Kendi’s books as must-reads. (See related story, Resources to Improve Our Racial Climate, for our full list.)

Kendi is a realist. He dispels the notion that “education, love, and exemplary Black people” will help end racism. Instead, he argues that we must dismantle discriminatory polices, one by one, to start to eliminate the systemic racism embedded in our institutions since they began.

We thank those of you who attended and hope to see more of you at future events.