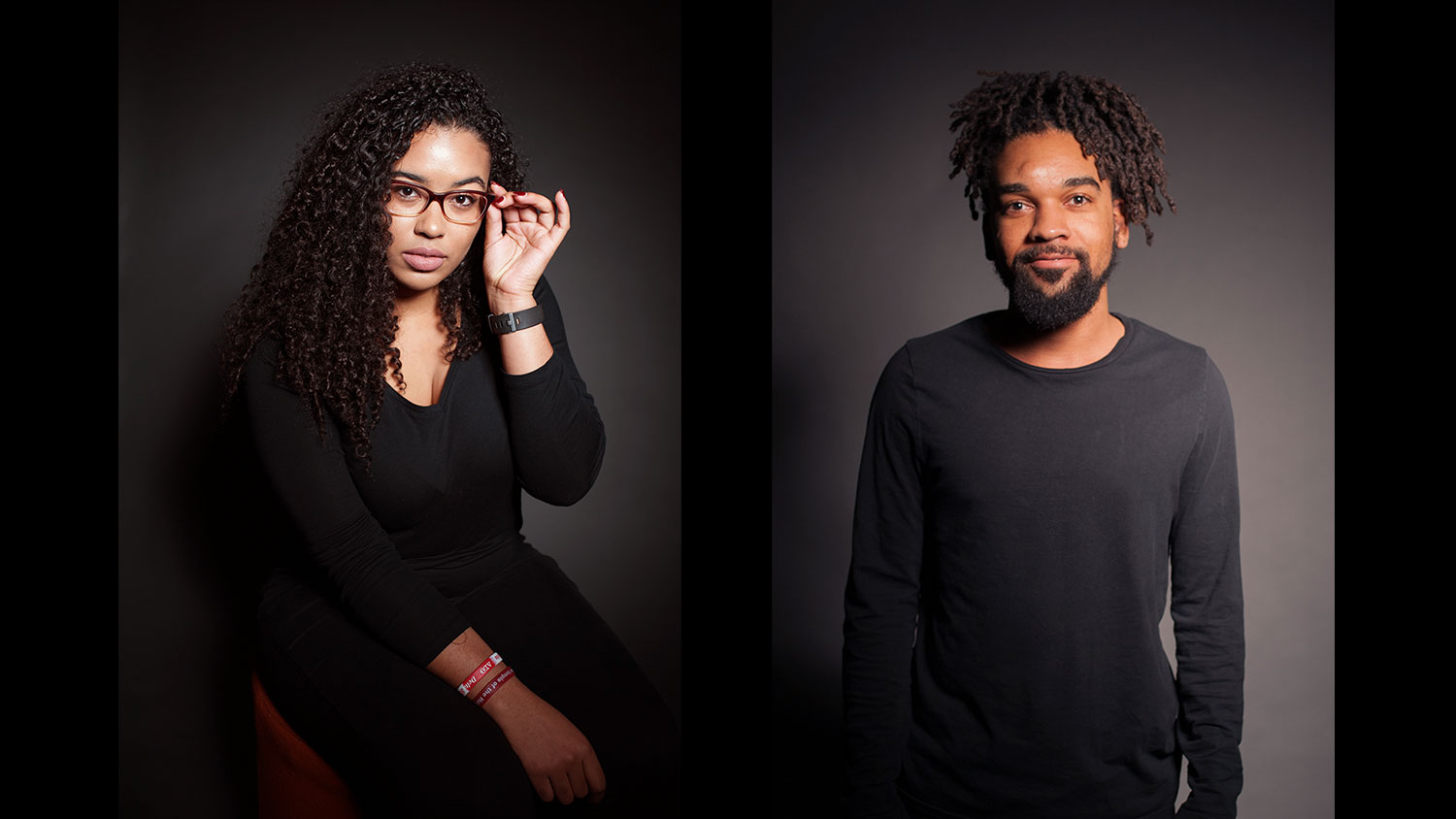 Craig began his journey with NC State in 2006 when he was an undergraduate studying communication media. After earning his bachelor’s degree, he went on to earn a master’s of fine arts in creative writing, also at NC State.

But Craig’s time with the Wolfpack didn’t stop there; he then worked for the university in the Department of Sociology and Anthropology and later in the Department of Mathematics. Most recently, he served as an equity and inclusion graduate intern with OIED and will be graduating with a master’s in higher education administration this May.

Wilson graduated from the University of Nevada, Reno, the “other Wolfpack,” with a bachelor’s in biology. Since coming to NC State for grad school, Wilson has served as a residence director and graduate research intern and was involved with the Graduate Student Association.

Both Craig and Wilson wanted to integrate their passion for education with their passion for diversity, equity and inclusion. As interns in OIED, they worked closely with Stephanie Helms Pickett and Beverly Jones Williams. Craig worked on a new assessment model for the office and Wilson helped to revamp the Equal Opportunity Institute, among other things.

Craig and Wilson especially value the relationships they formed with the staff during their internship. “I have really, really appreciated the leadership of Stephanie and Beverly. I appreciate them and their spirits,” says Craig. “It feels really good to go into the office there or to have an interaction with Beverly, where you know nine times out of ten she is going to be laughing and cracking jokes and that’s good, or to go to a meeting with Stephanie and know she really supports you, wants you to do well, and is going to have your back. I think they have been two very powerful presences for me in my time as an intern there.”

Wilson echoed the same sentiment. “Beverly and Stephanie in OIED gave me so much guidance and mentorship to help me figure out who I am as a professional, what I want to do, and what is my identity within the work that I do. They helped me cultivate my passion.”

But these aren’t the only people who helped to shape their experience at NC State.

Wilson and Craig were both deeply impacted by and appreciative of one of their program faculty members, Christopher Travers. Travers’ first semester as a teaching assistant professor in the College of Education was also Craig and Wilson’s first semester of the graduate program. This newness of both students and faculty member helped forge a meaningful, powerful bond.

For Craig and Wilson, the empathy and awareness Travers had was especially memorable.

“He really saw you for a person and was not afraid — if he walked into a room and saw people were tired — he was not afraid to say we aren’t going to talk about research today, let’s talk about the battles you are facing as a human being, as a professional in this world, and really gave us life lessons,” said Wilson.

Craig agreed. “He just gave us space in class to vent, to be in our feelings if we needed to, to express our frustrations. And he encouraged us, like, ‘You all can do this, you were admitted to this program for a reason, we all support you, and I support you’.”

Through their relationship with Travers, both Wilson and Craig were able to get published. Craig co-wrote a research paper and later presented his research on black queer students and creating belonging on campus at the American College Personal Association’s 2020 conference. Wilson co-authored a piece for New Directions for Student Services.

In his 14 years at NC State, Craig says Travers is one of the most significant people he has met at the university.

Though their time at NC State is coming to an end, both Craig and Wilson are grateful for the opportunities that were available to them, especially the opportunity to develop personally, professionally and intellectually.

In the fall, Craig will be enrolled in the University of Toronto’s social justice education Ph.D. program. He is especially interested in Paulo Freire’s concept of critical consciousness and understanding the ways that privilege and oppression manifest in everyday realities and hopes to study, research and teach around this idea.

Wilson’s plans for the future are indefinite, as the coronavirus pandemic has slowed down many hiring processes. But she is certain that throughout her time at NC State she has grown exponentially, saying that “the community that I have received from NC State has allowed me to grow personally in more ways than I would have even imagined.”

While the pandemic has made for a bittersweet end to their graduate program, it will serve as a greater incentive to keep in touch with their cohort, faculty and the NC State community in general, says Wilson.

Having already moved back to the west coast after departing from NC State, Wilson has been reflecting on her time spent here. Her advice to the NC State community is to “really spend time with yourself and in community to get a grasp of who you are, what your purpose is, and live as unapologetically as you can, because self- liberation is a form of social justice. It is a revolution in itself to be able to claim who you are and bring that into every space that you occupy.”

Jenna Nabors (she/her) is a third-year student majoring in communication and international studies and is a Park Scholar. Share your thoughts about this article on Twitter at @NCStateOIED.

Resources for a Time of Racial Unrest