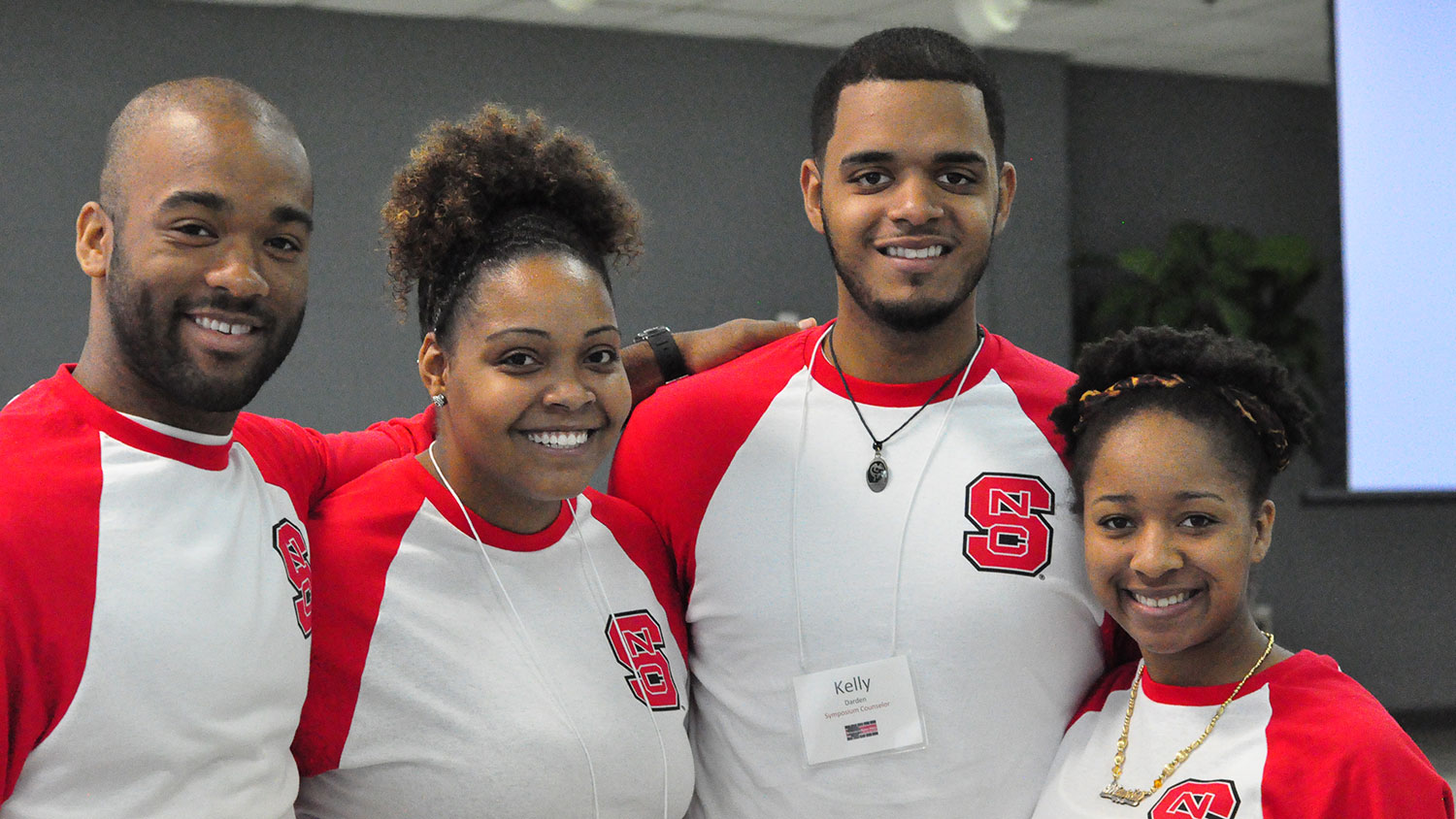 Tyler Allen, ‘14, ‘18 was pretty busy during his time on campus, double majoring in biology — with a molecular, cellular and developmental concentration — and plant biology, and also minoring in genetics. He earned a Ph.D. in comparative biomedical sciences at NC State’s College of Veterinary Medicine in 2018 and is now a postdoctoral fellow in cancer biology at Duke University. 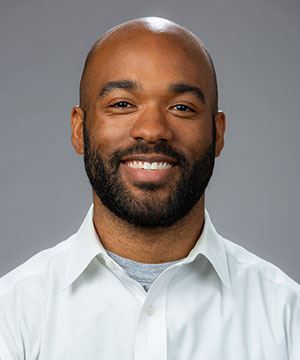 You may recognize Allen’s name from several notable mentions in the past few years, among which was his second place finish in NC State’s Three Minute Thesis Competition in 2017, first place finish in the Elevator Speech Contest at the American Society for Cell Biology’s Annual Meeting in 2017, his appearance on Forbes’ “30 Under 30” list in 2018 and his Black Alumni Society Young Alumni of the Year Award, also in 2018.

Outside of his studies, Allen also served in many roles on campus, including president of the Graduate Student Association for two years, chancellor’s aide for two years and several other positions, including in student government and as a chapter residence director with Fraternity and Sorority Life.

But you may not know that one of Allen’s first connections on campus was with Multicultural Student Affairs, where he held a work-study position for all four of his undergraduate years after first connecting with the center just after arriving on campus.

Originally from Houston, Texas and later Durham, North Carolina, Allen immersed himself in the programs and activities of Multicultural Student Affairs (MSA), both as a student participant and later as a student leader.

He participated in the Peer Mentor Program and the annual African American Student Symposium (now titled Symposium for Multicultural Scholars), serving as a Symposium counselor for two years. Symposium welcomes new students during orientation week with two days of programs to help prepare them for success as they start their undergraduate careers.

Allen vividly remembers traveling with MSA on an alternative service break trip and enjoying the annual Kwanzaa celebrations, in which he participated as both an attendee and speaker. He was also a regular presence at the African American Cultural Center, specifically the annual Harambee! campus welcome celebrations and the annual “Blacks in Wax Live Museum,” which occurs every year during Black History Month.

We spoke with Allen about the importance of NC State’s campus community centers in supporting, affirming and celebrating students and their successes. He expresses gratitude for “the community at State who let me grow” and says, “We need places like the Cultural Center for the community to talk with and fall back on.”

Going further, he says, “Having a place where you can feel at home, or safe — or just a slice of the feeling of being at home or in a community where you feel that your presence is welcome — is important because sometimes at a PWI (predominantly white institution), being a student of color, it can be challenging to find that community. It’s a place where you identify at a cultural level, where you feel welcome and feel familiarity, at a place where everything is different.”

In Multicultural Student Affairs, he says he very much appreciated the multicultural aspect, learning about cultures beyond his own, interacting with students of different backgrounds and geographic origins. It was a “huge learning experience,” he says, because he discovered so many similarities with others.

Like many students, Allen says he hadn’t really had exposure to many different cultures and backgrounds before coming to the campus community centers. He says it improved his relationships, and those experiences have continued to influence his life since then.

“Especially in my field, there is a lot of diversity when you’re working in a lab. The teams I have worked with have been multicultural and multinational, with different religions and backgrounds. it’s been helpful to have had exposure to that as an undergrad. I have a better understanding of what people are going through and a better way to work with people of different backgrounds.”

The comfort level Allen has now was not always there. In fact, he once questioned whether he was in the right field because he didn’t see many people who looked like him in scientific roles. To think that Allen might not have excelled as he has drives home the importance of supporting students early in their academic careers to help make success such as his possible.

These days, Allen intentionally works to be a role model for students of color, particularly young Black students, combining outreach with his love of STEM to let them know it’s possible to thrive in science as a person of color.

With the Salvation Army’s Project CATCH, Allen recently worked with a group of youth of color to teach them a little about science, showing them how to collect bacteria samples with swabs, incubate them in Petri dishes and see how they grew each week. Remembering his own experiences with experiential learning, he wants kids to be excited and engaged.

Allen’s STEM outreach and education also includes speaking at local high schools and middle schools, but he really loves working with younger students who can become the potential change-makers of the future and do great things in science. He also does diversity, equity and inclusion consulting at the organizational level.

When asked to mention someone who helped him by providing a piece of useful advice during his time at NC State, Allen says there were several people, but he mentions one in particular.

When he was a senior, about to transition to being a first-year graduate student, he was offered a position as a resident advisor but was unsure if he’d have enough time for the job. He asked Darryl Lester (then assistant director of the African American Cultural Center and now service year director in the Institute for Emerging Issues) what he thought. Lester told him that whenever you’re taking advice, it’s good to get other people’s advice and suggestions, but to always trust yourself and be comfortable with the decisions you make.

To this day, Allen always uses this as his motto. “Getting peoples’ advice and suggestions is great, but you know what fulfills you, listen to yourself — I kind of took from that, be honest with yourself, trust yourself, even if others might not see the vision.”

On the theme of giving back, we asked Allen what he thought should be priorities for the campus community centers, should they receive donor funding.

He says, “I would say they are already doing an excellent job, so I would envision enhancing the programming and the community that they’ve had for so long and getting more support for what they do so well already. More funding for programming, more support for staff, any amount would be phenomenal to enhance the already great job the centers are doing.”

Give to the Office for Institutional Equity and Diversity

Donations to funds supporting the Office for Institutional Equity and Diversity benefit students of color through programming, conferencing and professional and personal development across all of our centers and units.

“In MSA,” he continues, “when I was working there — that was some of the most self-growth I’ve had. Funding to increase more opportunities for students to do work there — from my own personal experience, thinking back on how much I learned from freshman year to senior year — it was phenomenal, and a lot of it was due to my experiences as a work-study student.”