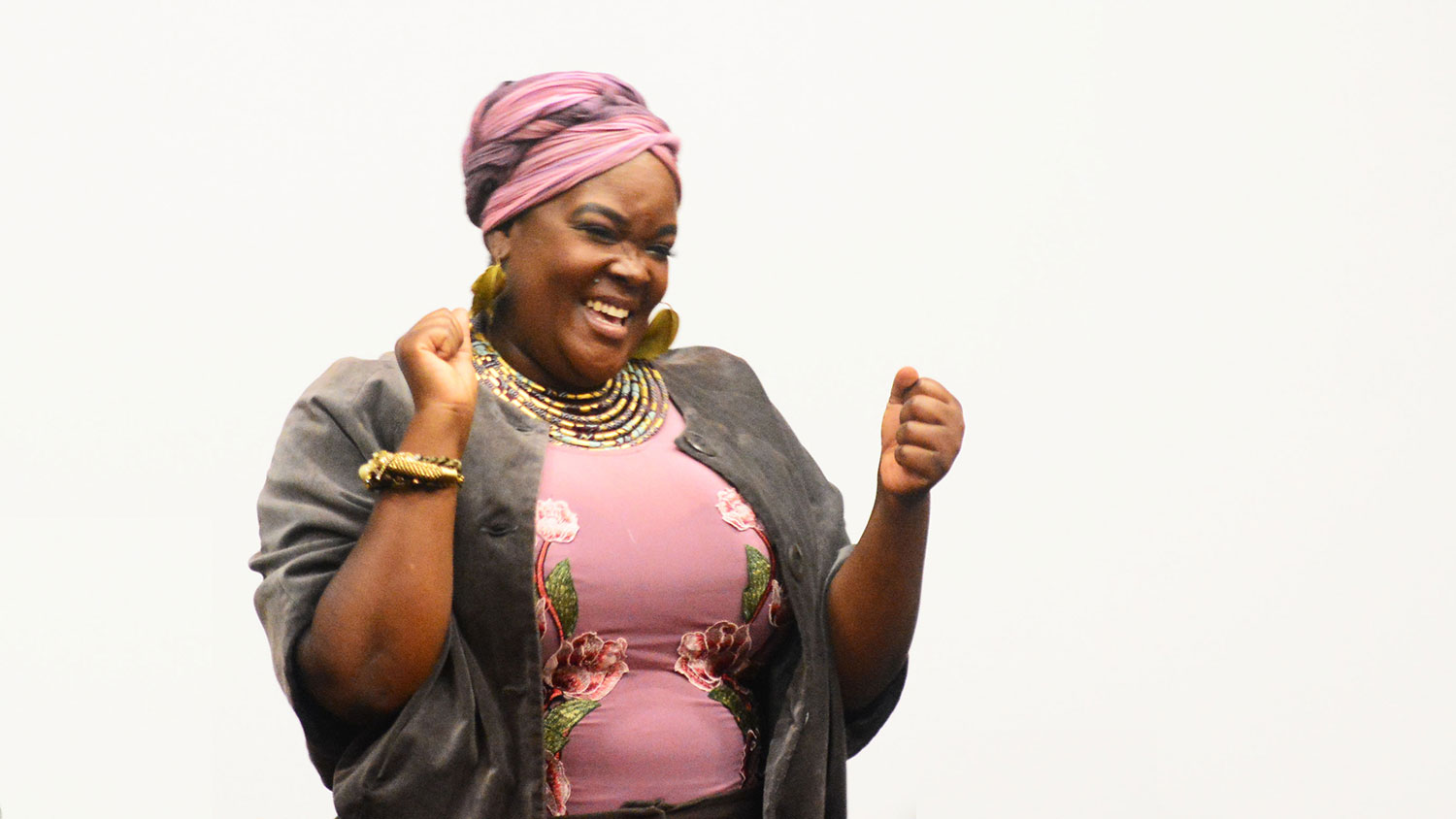 The event began with an invitation for discussion, as Taylor said she prefers her events to be mutually participatory. She also told the audience that a counselor was available in the back of the room throughout the entirety of the event for anyone who would like to seek them out.

“I’m interested in love that challenges systems and structures,” said Taylor as she delved into radical self-love. Taylor is founder of The Body is Not an Apology, a digital media and education company promoting radical self-love and body empowerment as the “foundational tool for social justice and global transformation.”

Taylor currently resides in New Zealand and explains that it was radical self-love that led her there. Prior to moving she kept asking “How much can you do?” and soon realized that her doing became how she valued herself, and she needed to get away. Initially she was lonely, and acknowledged this. “Radical self-love can feel lonely. Lonely is not the same as aloneness. But it’s just you asking you to come home to you,” says Taylor.

Taylor engaged with audience members throughout the evening and did not shy away from any topics. She pondered about the role of Blackness should liberation arrive. When asked if we have to love the oppressor as a part of radical self-love, she said that is not where you should start. She urged the audience to have compassion for the journey and how people ended up where they are, but that does not mean to not challenge them — it just means to have empathy.

The event ended with a reminder of tool number ten of her ten tools for radical self-love: “Give yourself some grace.” Taylor then performed a poem to close the evening.

This event was only the beginning for the month. Join the Women’s Center in a Celebration of Womxn’s Herstory Month 2020 with a month of activities and events on the theme “Our Voices, Our Bodies, Our Stories: Strategies for Radical Self-Love.”