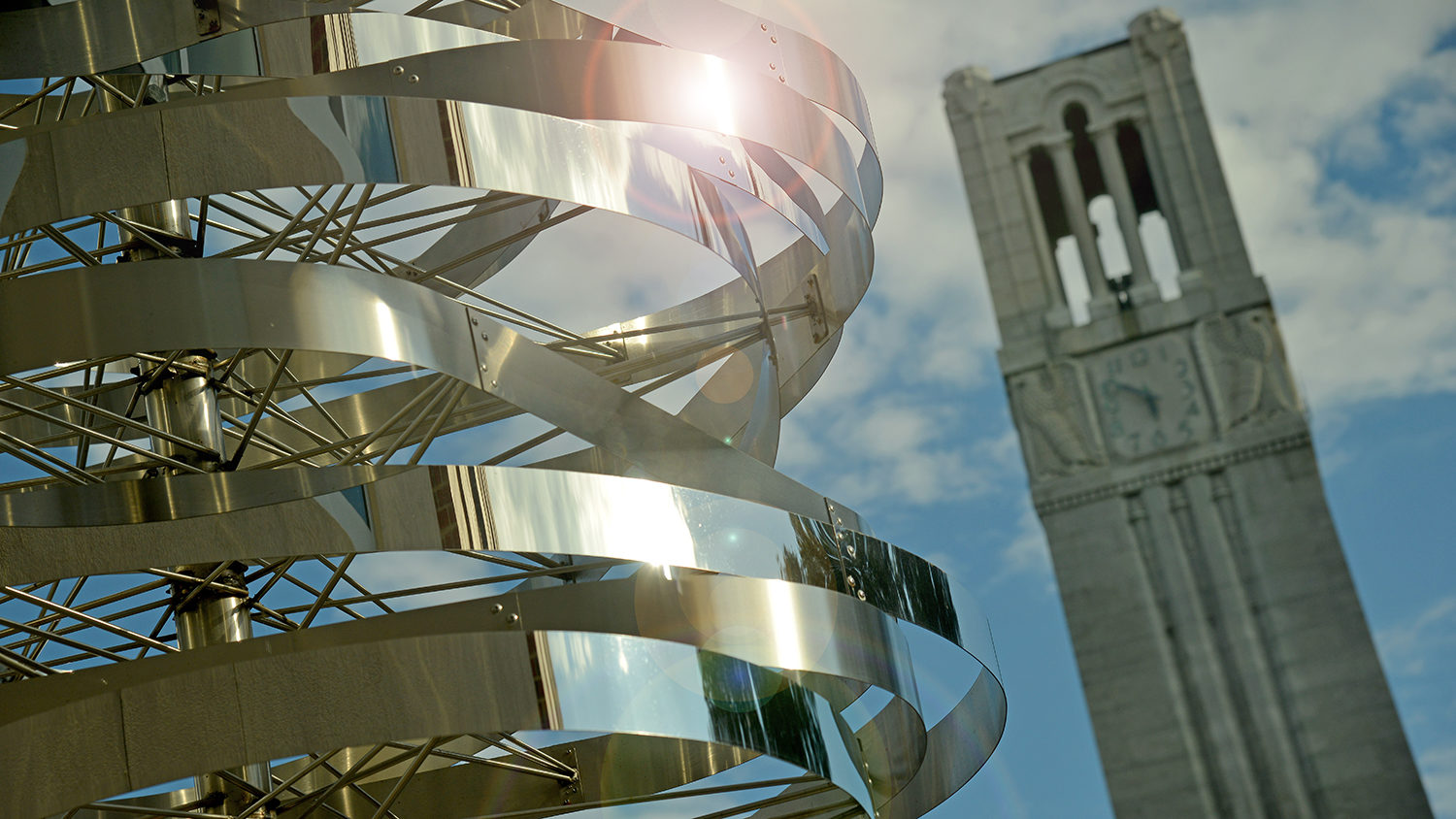 Belltower and sculpture on the aloft hotel on Hillsborough Street.

With NC State’s 2011-2020 strategic plan coming to a close, the university has begun preparation for its next strategic planning process.

Each task force maintains a website of its activities, to include its charge, meeting agendas, minutes and reports. With an ambitious schedule to submit the first report to the provost by June 1, 2020, the group will need to stay on track to deliver. Anyone can provide input and feedback to the task force via the online feedback form.

At its first meeting, the Advancing Inclusion task force received its charge and expectations from the provost. Discussion included an overview of numerous data sources that the group will use to support its recommendations, including the recent employee engagement survey, campus climate survey and several other reports and resources.

The UNC Policy on Diversity and Inclusion will also inform the group’s work, as this policy did not yet exist during the previous planning process. The policy was adopted in September of 2019 and provides key definitions, a statement of commitment, and a basic initial framework for the governance of diversity and inclusion efforts at UNC institutions.

Diversity and inclusion efforts have gained prominence over the last decade, as evidenced by a growing emphasis on inclusion and well-being on college campuses, including NC State. According to the American Council on Education’s 2019 report, Race and Ethnicity in Higher Education, population trends indicate an increase of 7% of students of color in higher education per decade, a trajectory that will continue to shape institutional needs.

In addition, an increasing diversity of religions, abilities and disabilities, national origins, color, gender, sexual orientation, age, citizenship status, veteran status, genetic information and neurodiversity in our institutions indicates a need to foreground these considerations in our next strategic plan, integrating closely with issues of student health and well-being.