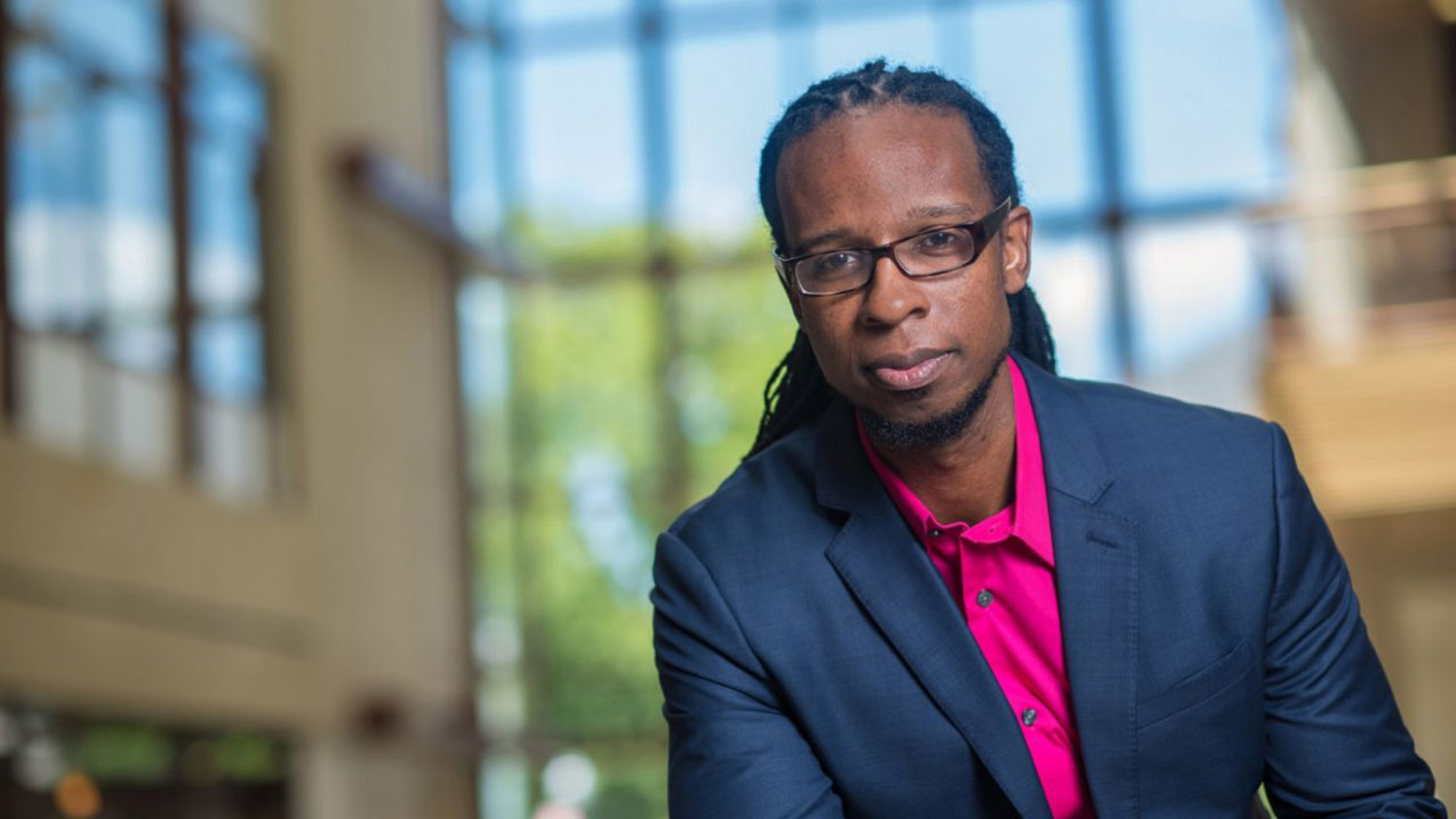 Kendi is professor and founding director of the Antiracist Research and Policy Center at American University and a 2016 National Book Award Winner for Stamped from the Beginning: The Definitive History of Racist Ideas in America. The book questions historical perspectives long regarded as truths, reexamining historical figures such as Cotton Mather, Thomas Jefferson, William Lloyd Garrison, WEB DuBois and Angela Davis, analyzing their impact and engagement with slavery, race and civil rights with a sharply critical lens. His newest book, How to Be an Antiracist, examines racial inequalities from many vantage points, including the personal, the social and the academic. As a thought leader in racial equity and antiracism, Kendi presents a framework in which people or ideas are either racist or antiracist and looks to the future, exploring what a racially just America could look like.

A frequent essayist, Kendi’s recent articles include “An Antiracist Reading List” (The New York Times, May 29, 2019) and “This is what an antiracist America would look like. How do we get there?” (The Guardian, Dec. 6, 2018).

Kendi received the 2012 W.E.B. Du Bois Book Prize for The Black Campus Movement, a comprehensive account of black student activism at over a thousand U.S. college campuses between 1965 and 1972 that changed access and inclusion in higher education for the black community.

Jason Miller will present “When MLK and the KKK Met in Raleigh” 7 p.m., Wednesday, Jan. 15, 2020 in Witherspoon Cinema. A gallery opening and reception will follow in the African American Cultural Center Art Gallery on the second floor of Witherspoon Student Center.

Miller is a professor of English at NC State and a 2019-20 scholar-in-residence in the African American Cultural Center whose current project examines the relationship between King and the late North Carolina civil rights activist Dorothy Cotton, educational director for the Southern Christian Leadership Conference. His research interests include 20th-century American poetry, American literature, literary theory and pedagogy. His book, Origins of the Dream: Hughes’s Poetry and King’s Rhetoric, traces King’s use of Langston Hughes’s poetry in his sermons and speeches from 1956-68.

In his King’s First Dream project, Miller published the first known recording of King’s 1962 speech in Rocky Mount, North Carolina, in which he previewed some of the themes of his seminal 1963 “I Have a Dream” speech in Washington, D.C. The speech is now online at kingsfirstdream.com.

How to Be an Antiracist, Ibram X. Kendi, Jason R. Miller, MLK Commemoration, Office for Institutional Equity and Diversity, Stamped from the Beginning