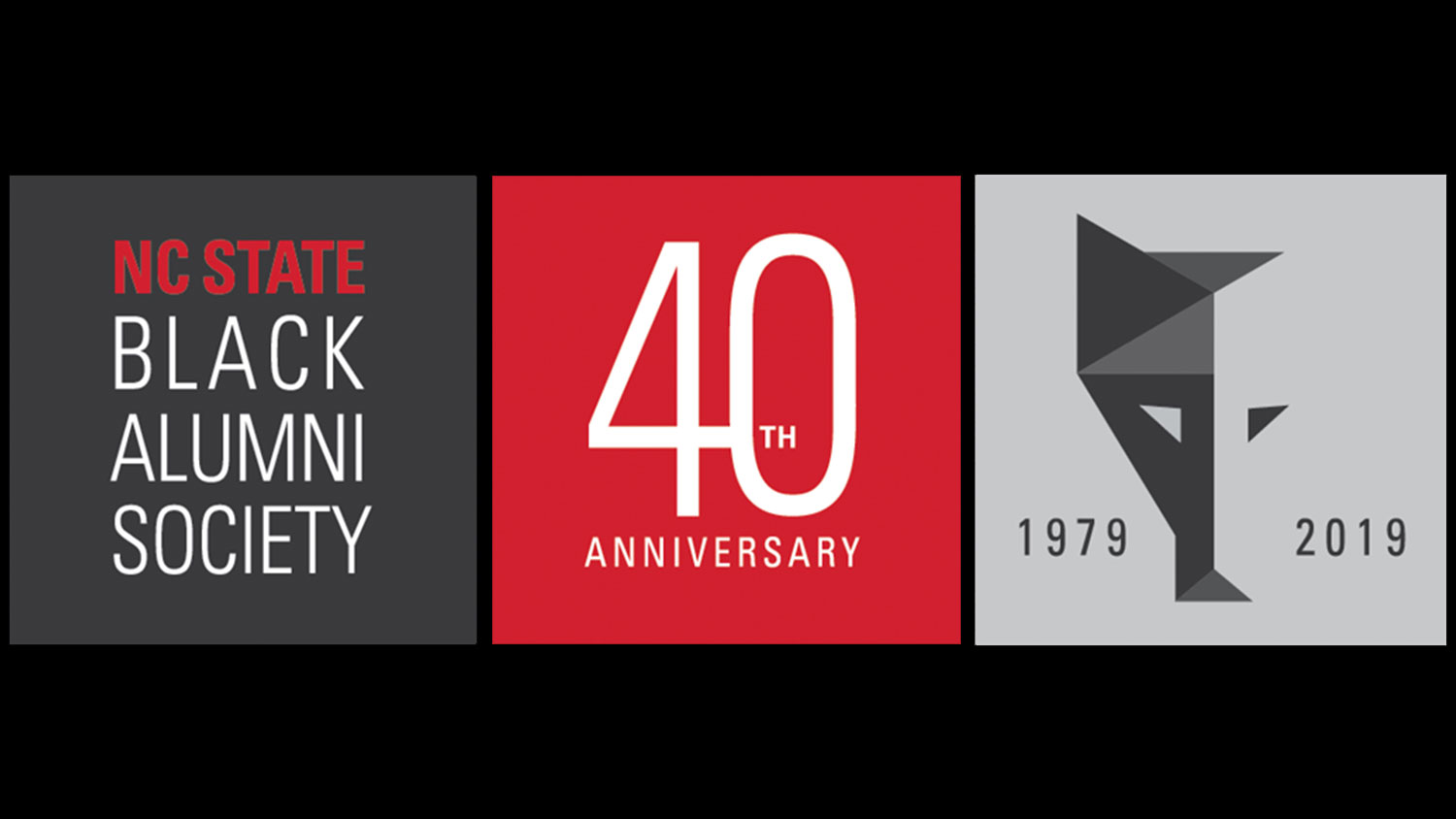 Held in the Dorothy and Roy Park Alumni Center, the gala brought new and older alumni together. The program included a welcome from current president Samantha Warren, ‘12 and remarks from other members of the society’s board. Members of the Chancellor’s African American Community Advisory Council, including Warren, president Saundra Williams, ‘85, ‘87, ‘96 and Courtney Simpson, 05’, ‘08, were also in attendance. Simpson is a past president of the Black Alumni Society and currently serves as NC State’s senior director of TRIO Collegiate Programs.

Diane and Elwood Becton, both from the class of ‘73, celebrated their 50th homecoming. The Bectons, who founded the Black Alumni Society 40 years ago, spoke about its history, recalling the challenges of connecting people in the pre-technology era, but also of the excitement of being in a place where the enrollment of students of color increased greatly.

An Honorary Alumnus award went to Toni “Mama” Thorpe, beloved former member of the African American Cultural Center staff for 15 years, who retired in 2016. On accepting the award, Thorpe spoke of the importance of being in an environment where students feel affirmed and proud of who they are. Thomas Conway, ‘94, delivered the keynote address, invoking the names of NC State luminary figures Lawrence Clark and Augustus Witherspoon, whom he learned of before his arrival as an undergraduate, when people in his home community told him he needed to connect with them on campus. In addition to being an alumnus, Conway also served as an early leader of NC State’s African American Student Affairs unit, which eventually became part of the Office for Institutional Equity and Diversity, before going on to leadership roles at Fayetteville State University and Elizabeth City State University.

Representing the African American Cultural Center, Interim Director Sachelle Ford and Program Coordinator John Robinson-Miller IV provided information about activities and initiatives of the center, encouraging alumni to connect with the center and give of their “time, talent and treasure” to this vital hub and resource on campus.

Associate Vice Provost for Diversity Engagement, Training and Education Stephanie Helms Pickett, M.Ed. ‘96, Ed.D. ‘03, who joined the staff of the Office for Institutional Equity and Diversity in 2018, enjoyed the event. “There was a lot of love in the space. It was filled with people who truly believe we have a place at NC State.”

Helms praised the Black Alumni Society. “BAS is such a credible network of people who care deeply about NC State, about cultivating a culture where Black students are able to find connection, find a sense of belongingness, and keep that going after they graduate — to come back and help hold NC State accountable to its values. If we are to operate in our mission as a land grant university, we should be able to serve all of our marginalized groups in a way that enables them to succeed.”

Helms’ own story is an example of the way NC State benefits from its efforts to support alumni who come back and give back. On her first day back on staff after serving many years ago as a residential director for Syme, Gold and Welch Halls while a graduate student, she found out that her daughter, Niani Harris, had been accepted to NC State’s graduate program in Global Luxury Management, class of 2020. “This is special, when I listen to people in BAS speaking of their children and grandchildren coming here — she will have that legacy.”