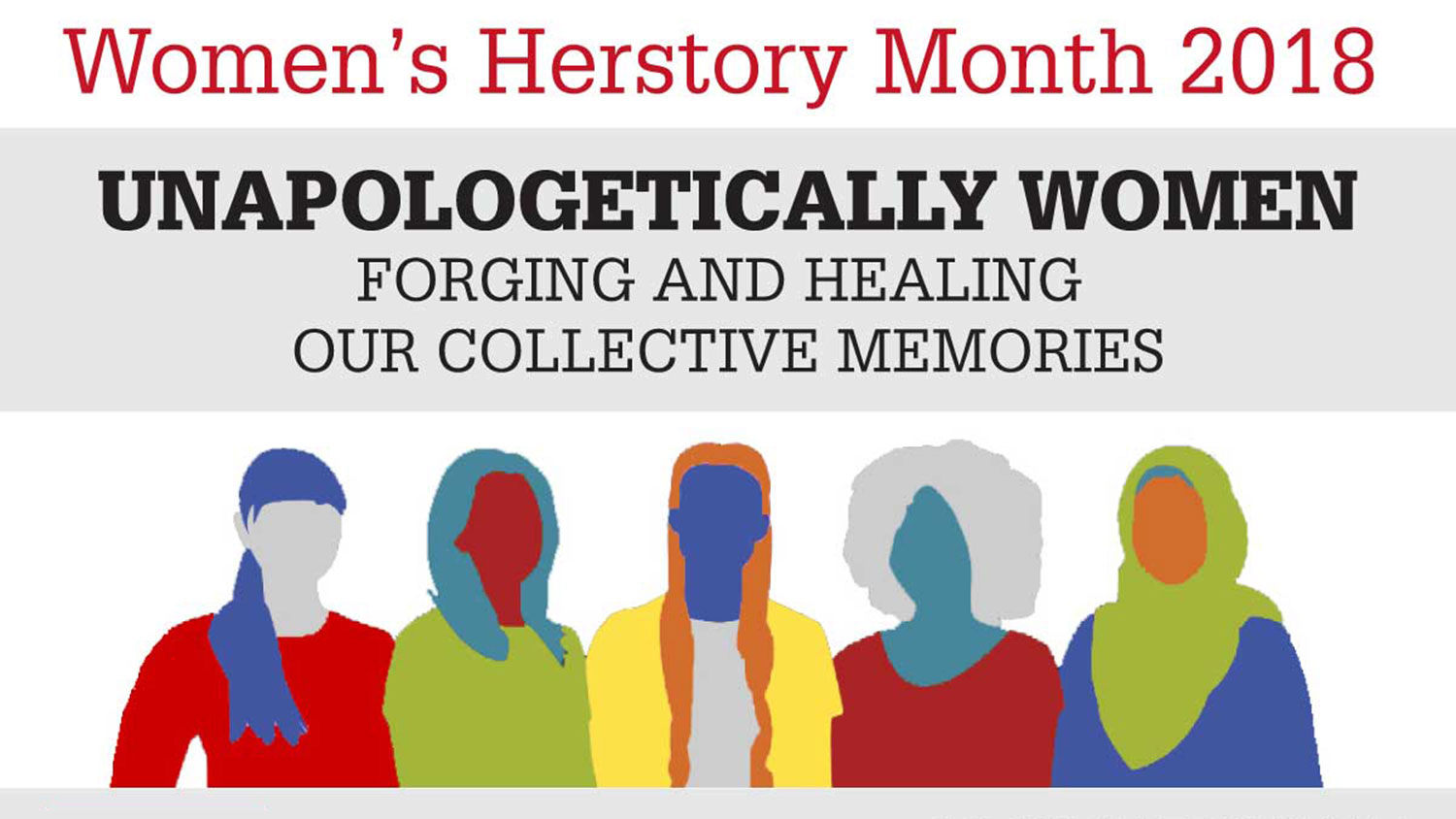 NC State celebrates Women’s Herstory Month throughout the month of March with the theme of “Unapologetically Women: Forging and Healing Our Collective Memories.” The theme emphasizes the right of women to be themselves without apology and acknowledges the many different paths and perspectives that comprise women’s perspectives and lived experiences.

This year’s program lineup will continue the efforts of the Campus Community Centers to provide inclusive and intersectional programming for each of its heritage and awareness months, offering events inclusive of women of color, trans women, men and others. All are invited to participate, learn and contribute.

March 12, 2018 – Lunch and Learn: Feminism 101: An Introduction
This discussion will define feminism, explain the different waves of feminism and identify the locations for improvements. We will examine the perceived inceptions of the women’s movement and the current political climate of feminism.

March 16, 2018 – Aziz Ansari: Sexual Assault, Legality and Impacts
The first spring semester session of the Women’s Center’s Feminist Friday series will examine complexities involved with sexual assault and the law with the Aziz Ansari incident recently in the news as a basis.

March 20, 2018 – For Black Girls Who Considered Womanism When Feminism Wasn’t Enuf
“Womanist is to feminist as purple is to lavender” was written by Alice Walker. Attend this teach-in for a deep exploration of the intricacies of womanist ideology and how to put womanism into action. Please register online for this session.

March 20, 2018 – Women in Leadership Panel and Networking Event
The Women’s Center and Women’s and Gender Studies will offer its second annual Women in Leadership Panel and Networking event that will include the opportunity for students to network with area companies regarding internships and job opportunities, a facilitated panel focused on the experience of women in leadership positions across a number of different job sectors and small group networking conversations. Please register online for this event.

March 23, 2018 – Feminist Friday: Decentering Whiteness in Higher Education
Join us for a discussion on dismantling privilege and intentionally placing communities, particularly women, of color in the center of conversations where they are often dismissed or overlooked.

March 26, 2018 – Screening of Dolores with Conversation Following
With intimate and unprecedented access, Dolores tells the story of Dolores Huerta, among the most important, yet least-known, activists in American history. Learn more about the co-founder of the first farmworkers union with Cesar Chavez, by joining Multicultural Student Affairs and the Women’s Center, in collaboration with Student Action with Farmworkers and UNC-TV,  for a screening and discussion of the film on campus.

March 27, 2018 – The Immortal Life of Henrietta Lacks Film and Discussion
In the words of Rebecca Skloot, author of the book by the same name, “Her name was Henrietta Lacks, but scientists know her as HeLa. She was a poor black tobacco farmer whose cells – taken without her knowledge in 1951 – became one of the most important tools in medicine, vital for developing the polio vaccine, cloning, gene mapping, in vitro fertilization and more. Henrietta’s cells have been bought and sold by the billions, yet she remains virtually unknown, and her family can’t afford health insurance.” After the film, a panel will explore race, class and gender through the lens of biomedical ethics and distributive justice.