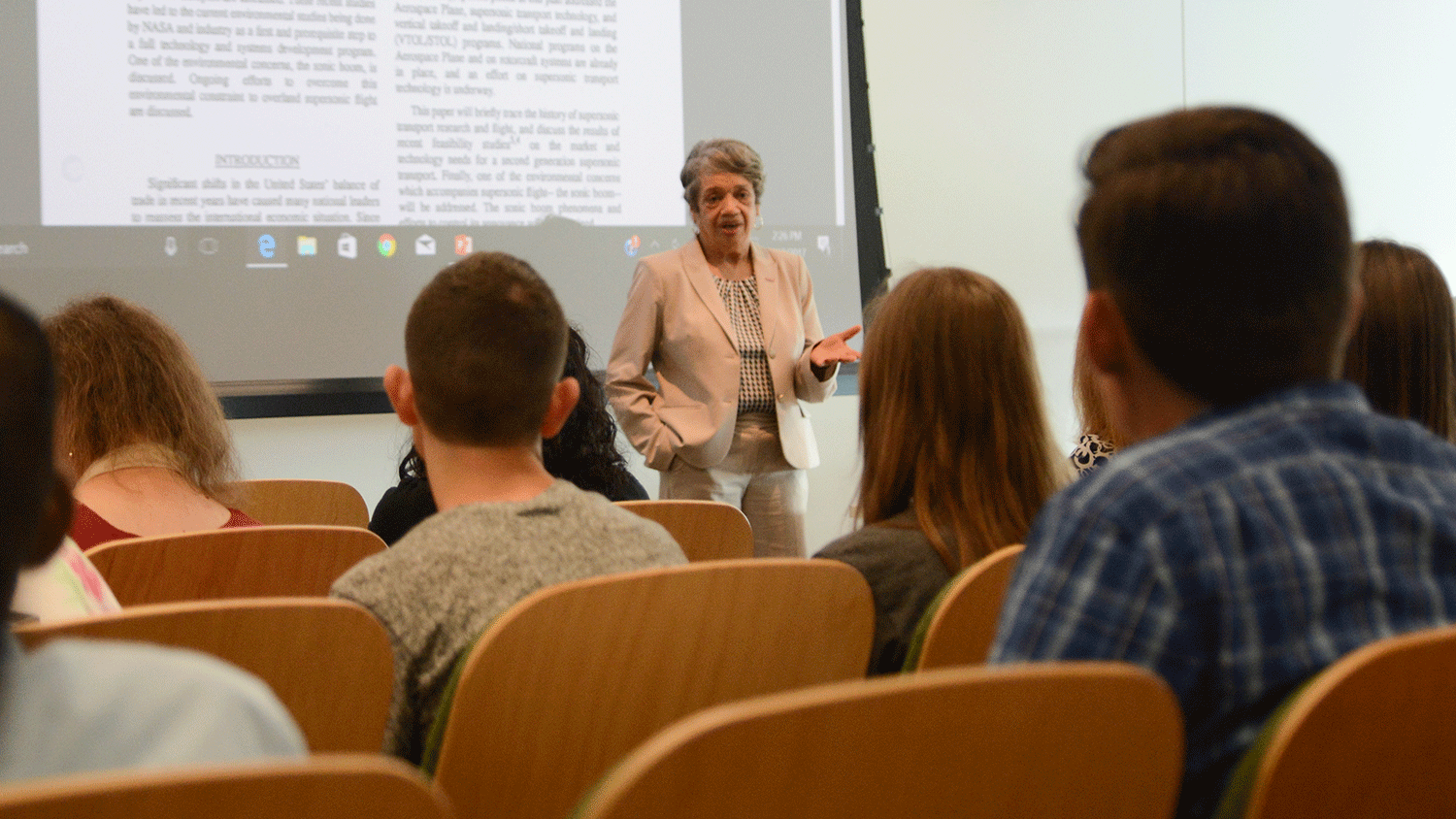 The College of Engineering welcomed Christine Darden on Thursday, August 17, 2017 for a seminar at Hunt Library.

The 2016 film Hidden Figures captivated audiences with the story of the courageous black women who worked for NASA during the early days of the U.S. space program. While Dr. Christine Darden was not featured in the film, she was one of the African American women NASA hired as a “human computer” to compute numbers for the engineers. Originally from Monroe, North Carolina, Darden holds a B.S. in mathematics from Hampton University, a master’s degree in applied mathematics from Virginia State College and a doctorate in mechanical engineering from George Washington University. In 1967, she started working as one of NASA’s human computers, but she did not like the supporting role and confronted her supervisor for a transfer to an engineering position in 1972.

Darden explained that the two major issues with supersonic flight are the sonic boom and cost. A sonic boom is the noise that results from shock waves of an aircraft traveling at or faster than the speed of sound. The noise is very explosive and has the potential to disturb humans and animals below and damage property as well. As for cost, a round trip flight from New York to Paris in 1969 cost $6,500.

With research and new technology, however, supersonic flight looks much more feasible. If engineers can continue to reduce cost and the sonic boom, supersonic flight can be used commercially, flying about 100-110 passengers continentally and transcontinentally in significantly less travel time. Even with these strides toward the future of flight, Darden pointed out that the rules against supersonic aircraft flying over land won’t change until 2022.