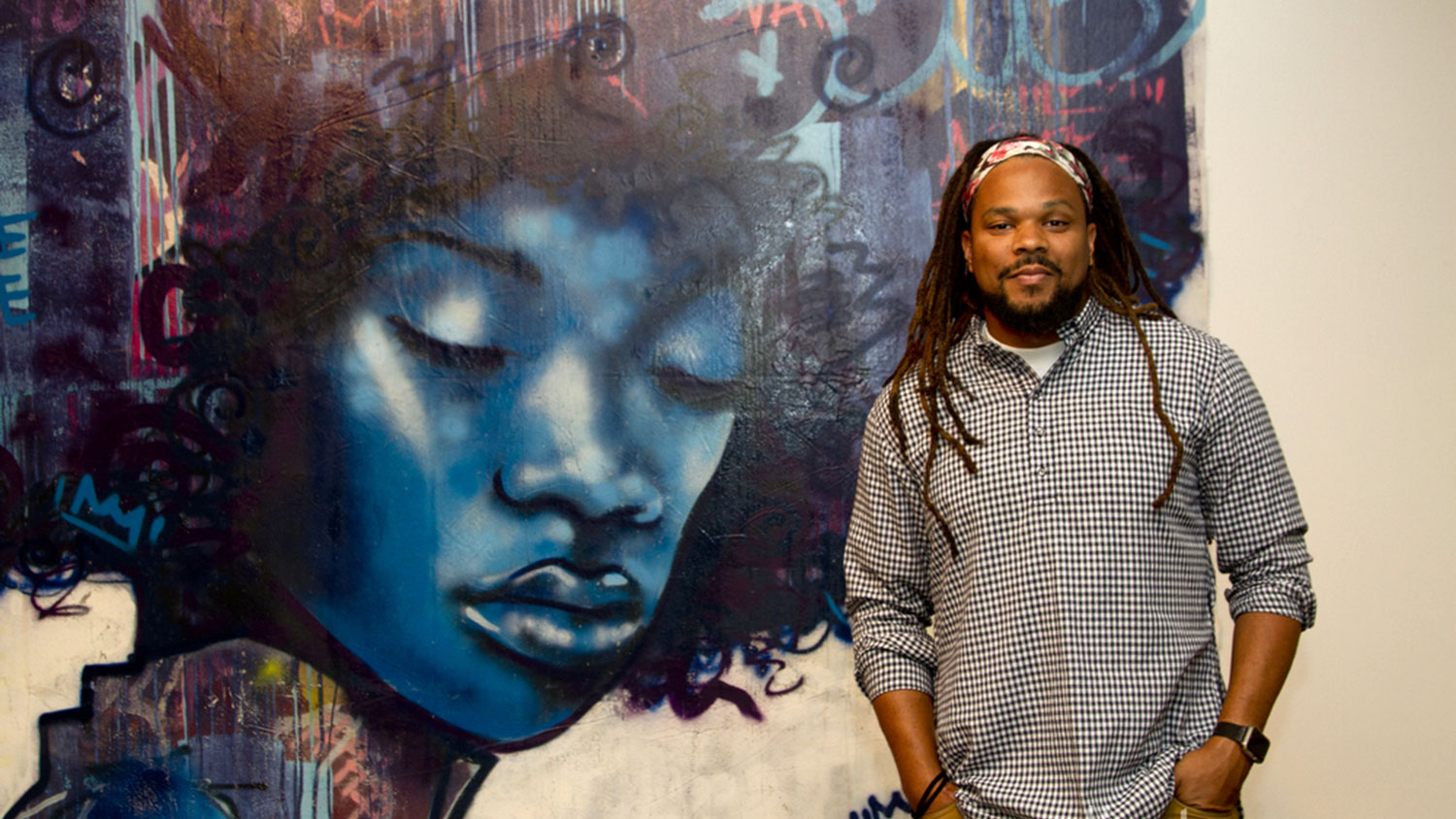 Brandan "Bmike" Odums is a visual artist, mentor and filmmaker who uses art and film to tell stories and make statements that transform the minds of viewers as well as the spaces in which his work appears. His work has been featured on the OWN drama series Queen Sugar. His current exhibit, “Be:tween Words,” is open in the African American Cultural Center Art Gallery through October 22, 2017 on the second floor of Witherspoon Student Center. Read Chaniqua Simpson's recent interview with the artist.