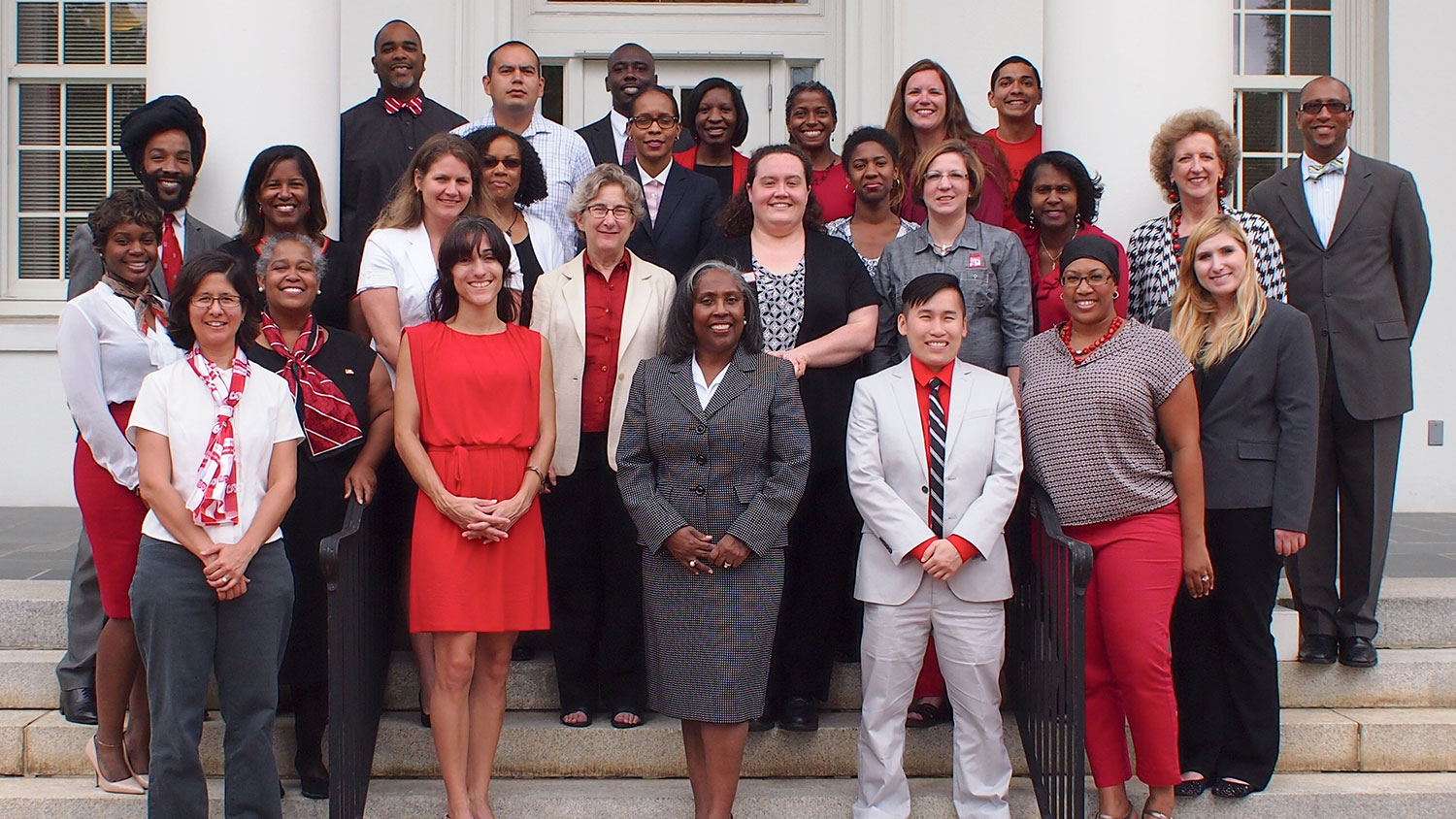 As part of Chancellor Woodson’s strategic realignment in 2011, the DEI-focused units on campus merged to become the Office for Institutional Equity and Diversity under its first vice provost, Joanne Woodard. This realignment brought the campus community centers (the African American Cultural Center, GLBT Center, Multicultural Students Affairs and the Women’s Center) together with Equal Opportunity and Equity and the unit that is now known as Inclusive Excellence and Strategic Practice, which oversees university-wide DEI initiatives in the areas of education, assessment, recruitment and recognition. In 2017, OIED also added its Impact Response unit.

To support its expanded scope, the office needed more communications, including email newsletters, graphic design, social media, photography, video, marketing and writing, as well as upgrades to its web presence. Elizabeth Snively, who had served as a part-time web designer for the former Office for Equal Opportunity, eventually became OIED’s first communications director, leading a team of designers and undergraduate communications interns, many of whom have gone on to successful communications careers of their own. In this role, she helped expand OIED’s digital presence, supported its programs and services and collaborated on several university-wide DEI communications initiatives.

After 21 years on staff, Snively has “graduated” from NC State too, departing from the university on March 4, 2022 for a position as a content marketing manager at Relias in Morrisville, NC. She reflects on her journey as a Wolfpack member with gratitude, remembering Vice Provost Sheri Schwab in particular because Schwab was the person who initially hired her in 2001, returning as her supervisor in OIED for the past four years.

“I am so grateful that Sheri took a chance on me back in 2001, and even though our paths diverged for well over a decade, things came full circle when she returned as vice provost in 2018. Her altruistic spirit not only makes her a humble servant leader for OIED and for the university as a whole, but it also enabled her to fully support me as I embarked on the challenge of graduate school and then made the difficult decision to leave NC State for a new position in the private sector. I will always be indebted to her for her support as well as that of my colleagues — notably Dr. Stephanie Helms Pickett, who served on my M.A. thesis committee and imbues OIED with grace and wisdom, Lisa LaBarbera-Mascote, who is a steady and determined force for social justice, Adrienne Davis, who models patience, kindness and care so flawlessly, and Dr. David Elrod, with his solid moral compass, gentle spirit and mischievous humor — who provide such a strong leadership team for OIED. I’ve looked to each of them for the strength to keep going during the rough times of recent years. Truly, the entire staff of OIED are, not surprisingly, some of the best people I’ve ever worked with. It takes a special type of person to work in DEI, and I am honored to have been among them.”

Photo, top: A staff photo of the Office for Institutional Equity and Diversity from 2014 with former Vice Provost Joanne Woodard. Elizabeth Snively is in the front row, far left.