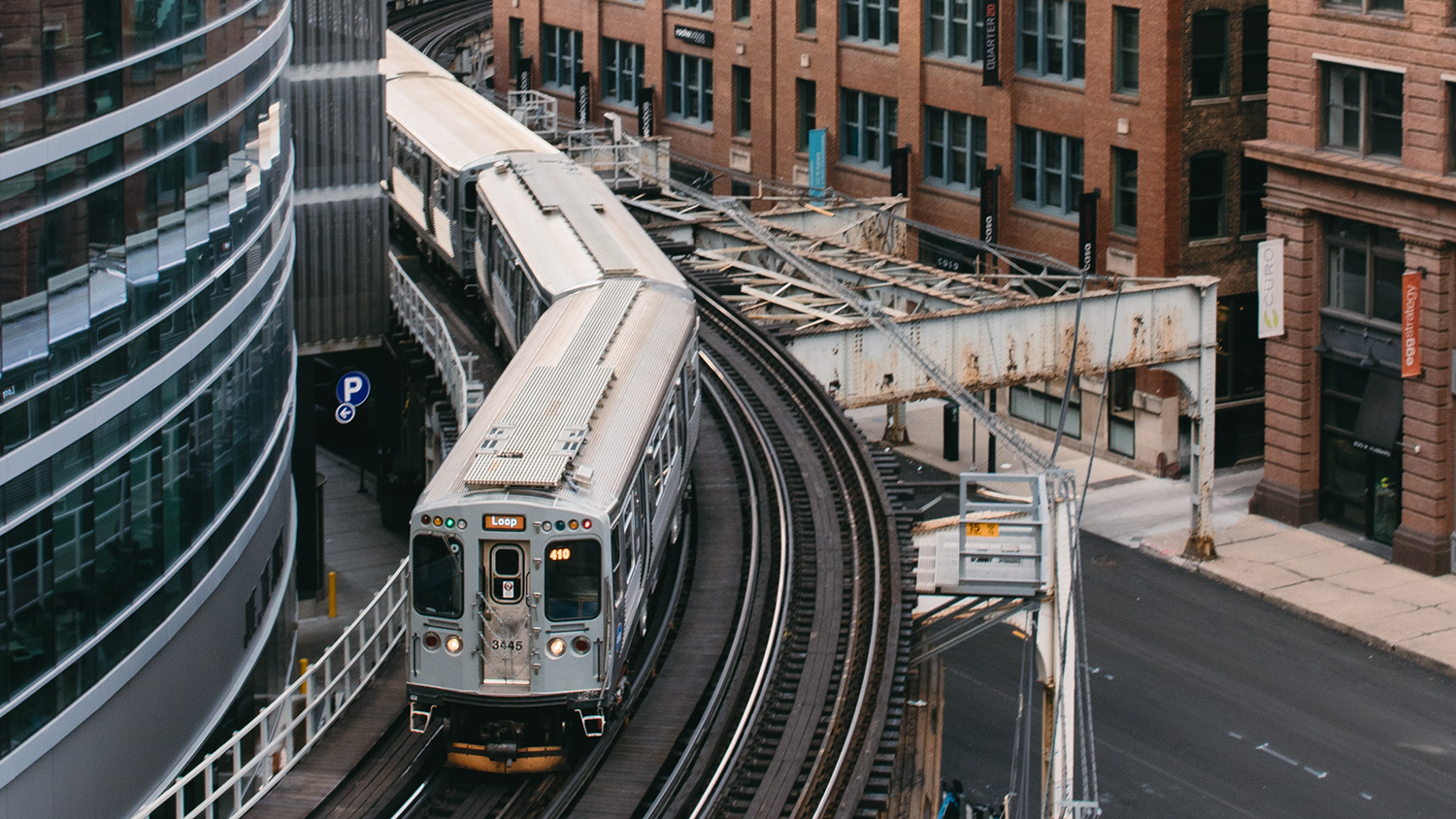 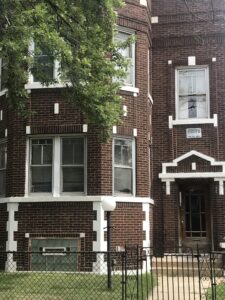 When I was a child, my family lived on the second floor of an apartment building on the south side of Chicago. One of my favorite pastimes when I couldn’t go outside to play was to station myself in our living room window. We lived midway down the city block and the window allowed my gaze into the busier street where there was a grocery store, a convenience store and a bus stop. There was a ton of activity and a flurry of people that would hold my attention for hours on end.

While sitting in the window, in addition to people-watching, I would sing, play with my toys and dream. I envisioned what my life would be like beyond 79th street. I wondered what kind of job I would have, what my family would be like, whether I would have to do chores and if I would get to meet Stephanie Mills. I had an obsession with her, especially since we shared a name. (Side note: Google her and bless your life.)

Fast forward some 45 years, I find that my window seat doesn’t quite align with my vision. I have a job I feel incredibly blessed to hold, I love my quirky family, unfortunately I still have chores and I still believe I’m one introduction away from meeting Stephanie Mills. I did not imagine in the year 2020 that an unarmed Black person, with whom I share race could be, would be murdered by individuals with authority and responsibility to protect and serve, and we as other Americans are expected to continue as normal as the activity at the end of my block.

The normalization of Blackness began for me on that block. My father passed away when I was four years old. My mother became a widow and single parent to two children at the age of 40. She was beloved in our neighborhood. She was a stay at home parent, but after my father’s death, she assumed a job at a daycare center. I witnessed the love she had for other people’s children, 98% Black, for over 20 years. Our landlord was a Black woman, a nurse in a community health practice. My neighbor across the street was a teacher. My neighbor behind me, a sheriff. Countless others rose daily and went to work, contributing positively to society. When they returned, they tended to their lawns and flower beds, sternly telling us kids to stay out of their yards as we played with little regard to our surroundings.

These people knew everything that happened in our lives, celebrating our report cards and scolding us if we were not doing our best, or if the neighborhood “news anchor” gossiped our whereabouts or activity that would not be supported by our parents. We would get the same lecture of love from each person until we reached home, where it would begin again. That was home. 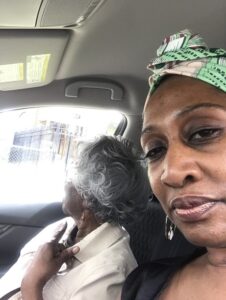 The home that I expected to experience when I became the word, “adult,” that I’d heard in sentences like, “When you become an adult,” you can, fill in the blank. My neighborhood shared my race. My neighborhood shared my joy, and my neighborhood, when applicable, shared my pain. However, for those 18 years, I was rarely, if ever, afraid of anyone who looked like me. I did not feel threatened by anyone who looked like me. I never experienced negative treatment or discrimination or hatred at their hands, through their eyes, or actions, due to my existence.

When I graduated from high school and traveled five hours away, still in the state of Illinois, to college, for the first time, all within less than one month, I was called the n-word, lived with my white roommate for two weeks until her room change was granted because of my Blackness and was expected to be the race representative for all things Black in my English course.

I’ve been engaged with anti-racism work for over 30 years, since my college days. My chosen place to practice has been higher education. I’m accustomed to challenging non-people-of-color to see color, to consider concepts and impacts of White privilege, to embark upon a continuum of cultural competence and to create policies and practices that are equitable. I’ve experienced the full gamut, from ignorance and resistance, to acceptance and appreciation. Yet and still, none of my practice adequately prepared my mind, my heart and my spirit for accepting one more Black person being treated as inhuman as George Floyd was. The murders of Breonna Taylor and Ahmaud Arbery, and the antics of Amy Cooper, whose actions could have resulted in the death of Christian Cooper, struck me deep within the well of my soul. I thought that I had little tears left following all the ones I’d shed watching the deaths associated with COVID-19, until the virus of racism reared its ugly head, yet again. I’ve not stopped crying. As I type, I continue to vacillate between rage and resurrection. Further, even as I continue my work to dismantle racism and practices and policies that do not provide every person, despite whatever identity they carry, the opportunity to flourish and thrive, I do not have any idea of what a timestamp of resolution resembles.

In my best Auntie Oprah embodiment, “this is what I know.” As Dr. Martin Luther King Jr., said,

“In a sense we’ve come to our nation’s capital to cash a check. When the architects of our republic wrote the magnificent words of the Constitution and the Declaration of Independence, they were signing a promissory note to which every American was to fall heir. This note was a promise that all men, yes, black men as well as white men, would be guaranteed the ‘unalienable Rights’ of ‘Life, Liberty and the pursuit of Happiness.’ It is obvious today that America has defaulted on this promissory note, insofar as her citizens of color are concerned. Instead of honoring this sacred obligation, America has given the Negro people a bad check, a check which has come back marked ‘insufficient funds.’”

The rage to resolution we’re witnessing in the streets is people lifting up the impact of the bad check. Dr. King also said, “A riot is the language of the unheard.” If you are asking and wondering, as a person who doesn’t hold the identity of Black, what you can do, you may start by listening. Further, listening doesn’t require asking the Black people in your life for their thoughts and lived experiences — at least not immediately.

While you are googling Stephanie Mills, consider searching for resources to assist you in understanding the historical and contemporary structures, inequities and realities that have propelled people to take to the streets, or to take a knee or to take revolution. Why do I suggest this? Simply put, Black people are unable to engage in the practice of emotional labor for you. We are unable to carry your weight in addition to our own. Secondly, break your silence. Assume that you are probably going to get some things wrong — and that is okay. Incorrect can be addressed, silence cannot be answered. Third, engage in some qualitative research. Notice what is around you, who is around you, conversations around you and examine the extent to which they align with anti-racist practice. Fourth, commit to doing the work, not just with Black folx, but with folx who hold your identity. Warning: This may not make you the most popular person at the holiday party. When you begin dismantling speech and action, your “wokeness” might not be appreciated. Don’t just demonstrate your “wokeness” in your neighborhood, but within your faith community, on your job, in civic organizations and community service and in your child’s school and with your children.

Our collective lived experience occurs within a system of oppression. When you buck against it, you might experience some resistance, which brings me to my fifth and final point. Learn to take care of yourself — and this is for each of us, regardless of the racial identity that we carry. In my home, as a child, my mother practiced self-care before my very eyes, without naming it. When she had a little extra, she bought steaks and broiled them in the bottom of the stove. On Friday nights, we drank Country Time lemonade, ate popcorn and watched Dallas. On Saturday evenings, at least once per month, we called my Aunt who lived in Arkansas and on Sundays after church, we took a nap.

A few days ago, I watched the memorial of George Floyd. Listening to his family, I was reminded of my neighborhood and its people, and its unconditional love, despite the color of my skin; and I was reminded of the words of “Home,” by Stephanie Mills:

I live over 800 miles away from my block. If I were to sit again in that window, I’d want to envision a world where black people could thrive. A place where America can truly feel like home for all its inhabitants. Join me and Stephanie in the creation of such.

Stephanie Helms Pickett, Ed.D. is associate vice provost for inclusive excellence and strategic practice in the Office for Institutional Equity and Diversity.