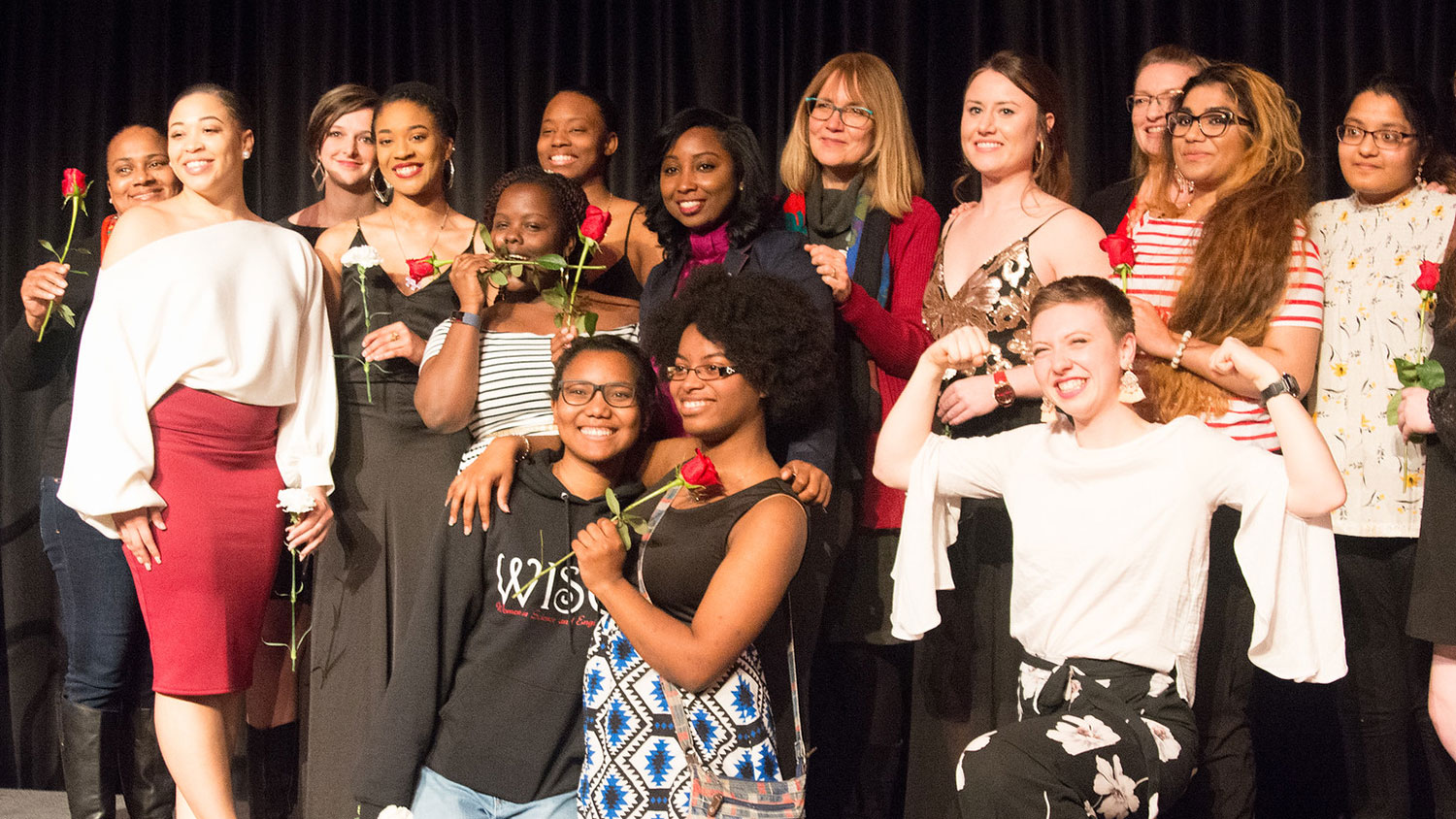 This year marks the twentieth anniversary of the Molly Hays Glander Fund, a fund set up at NC State to support the Women’s Center’s interpersonal violence programming and collaborative action centered on creating a culture of consent and a violence-free campus. The Digest recently interviewed Evelyn Reiman, who retired from NC State in 2012 after over thirty years of service to the university. Reiman was one of the founders of the Molly Hays Glander Fund.

Diversity Digest: For our audience who might not know you, please tell us about your career at NC State. Where and when did you start, what positions did you hold and when did you retire? What was your background before that?

Evelyn Reiman: I was hired in 1979 from the University of Georgia as the assistant director of Student Development. It was my first full-time position in student affairs. In that capacity, my responsibilities included directing New Student Orientation, creating an orientation for graduate students, advising Student Government, advising Technician, coordinating Women’s Programs and editing the student handbook.

In 1983, I became the director of Student Development, which broadened my responsibilities to include African American Student Affairs (the Peer Mentor Program), Student Media, Student Government, Student Legal Advising and Student Conduct.

When I retired in 2012, I was the associate vice chancellor for student affairs. In addition to the components listed previously, I was responsible for the Center for Student Leadership, Ethics and Public Service , the GLBT Center, the Women’s Center, the Undergraduate Activities Board, the Office of Campus Activities, and the four student center facilities (Talley, Witherspoon, Thompson and Price Music Center.)

Digest: What were some of the highlights of your time at NC State? Are you still active on campus or with some of the causes that you championed over the years?

Reiman: The highlight of my career was helping create programs in the service of students and for social justice. I worked with an incredible team of passionate, capable professionals as well as student leaders. Our focus was on student success and on unleashing the potential within every student. My tenure at the university was during a time of significant social upheaval. Issues regarding race, gender, sexual orientation and physical ability were considered as critical to student success. We sponsored yearly student cross-cultural leadership programs led by the Civil Rights icon Dr. C.T. Vivian for student leaders.

Multicultural Student Affairs, The Nubian Message, the Women’s Center, the GLBT Center, the Center for Student Leadership, Ethics and Public Service and the African American Symposium were created in my time. I am honored to have played a role in their conception and development. And yes, I participate in as many diversity programs as I can.

A commitment to social justice requires compassion and clarity (and sometimes, caffeine). The honesty of students of color, GLBT students and rape survivors has played an enormous role in shaping my passion for social justice. There is still much to do and more to learn. For example, I am currently learning more about the challenges of climate change within the social justice movement.

Give to the Molly Hays Glander Program Endowment Fund

The Molly Hays Glander Program Endowment Fund builds future opportunities to create a culture of consent and a violence-free campus.

Reiman: Dr. Glander was a psychologist in the Counseling Center. Molly’s compassion for students, her kindness for everyone and her role as a champion for rape prevention and for a concerted response in support of survivors was extraordinary. She was our leader and our hero (we called her a “she-ro”). It may surprise your readers to learn that Molly was instrumental in NC State’s understanding of rape and rape culture. In 1979 the notion of “date rape” was not widely understood. Instead it was typically assumed that rape was a crime perpetrated by strangers.

Molly recognized that much more was needed to support our students. She created a community-wide Rape Prevention Committee that pulled together a diverse team with a common goal. Programs like Take Back the Night and the Advocates Program stand on the foundation she built. She was an instrumental partner in the creation of the Women’s Center.

Digest: While the Molly Hays Glander Advocates Program Endowment represents an important resource for the community, it also represents serious challenges that still exist on our campus and nationwide. How do you see this resource in the context of fulfilling a critical need for prevention education and raising awareness of work we need to do to make our institutions of higher education safer and more responsive to the problems of interpersonal and sexual violence?

Reiman: I deeply appreciate the Women’s Center’s role in prevention education and awareness raising. Every year brings a new cohort of students, faculty and staff, so the work won’t end. I understand that there has been a consistent doubling in the number of survivors who have reached out to the Women’s Center and that resources are stressed and stretched. Each survivor brings a personal story and an individual array of needs, including medical expenses, emergency housing reassignment, transportation, legal assistance and classroom accommodations.

Digest: You’ve worked with both the Women’s Center and the GLBT Center. How did these entities shape your work, and vice versa?

Reiman: I am co-founder of the Women’s Center and was on the GLBT Center planning committee. We studied the obstacles faced by students on the basis of their gender, gender identity and sexual orientation. It’s terrific that both centers have grown and evolved, and I’m certain that much of that is credited to our students who have challenged us to meet their needs, and to our staff who have listened and led. I would highlight that from the beginning, the Women’s Center envisioned a role for men in their work and the GLBT Center has always welcomed allies along with the GLBTQ community.

Digest: The GLBT Center’s annual Evelyn Q. Reiman Activism Award is named for you, given to a student each year who has worked to increase awareness of social justice issues, identify strategies for enacting change, engage peers in social justice activism and/or foster collaboration across communities to address campus or community climate concerns. How did social justice inform your work and philosophies?

Reiman: This is an extraordinary honor and I hope that the GLBT Center continues to be flooded by fantastic nominees.

As for social justice, I believe that no theory or group of theories is as complex as a single individual. Don’t make assumptions that you understand the lived experience of any one that you meet. Prepare to be surprised and humbled.

I had so many important teachers very early in my career at NC State. In the area of social justice, Dr. CT Vivian, Dr. Gus Witherspoon, Dr. Larry Clark and Dr. Thomas Conway did the most to enrich my understanding of race and racism. Dr. Jan Rogers, the first director of the Women’s Center, was hugely influential on my understanding of gender, race and sexual orientation. Justine Hollingshead, the first director of the GLBT Center, is a model of tenacity and toughness and was instrumental to the creation of the center through her ability to reach minds and hearts.

Most everything I’ve learned about social justice has come more from listening than from reading. And I love to read. My regrets in advance to the folks I’ve missed. Thanks to the unfiltered honesty of survivors of sexual assault, Technician (including letters to the editor), Student Government, the student leader members of the Chancellor’s Liaison Committee and the Student Center Advisory Board, and students who I quizzed (“Tell me what you love and what’s bugging you about NC State?”) after sitting next to them in the dining hall, I was inspired to work every day for social justice. When we do our work well, we are not only creating a better university, we are helping create a better world.