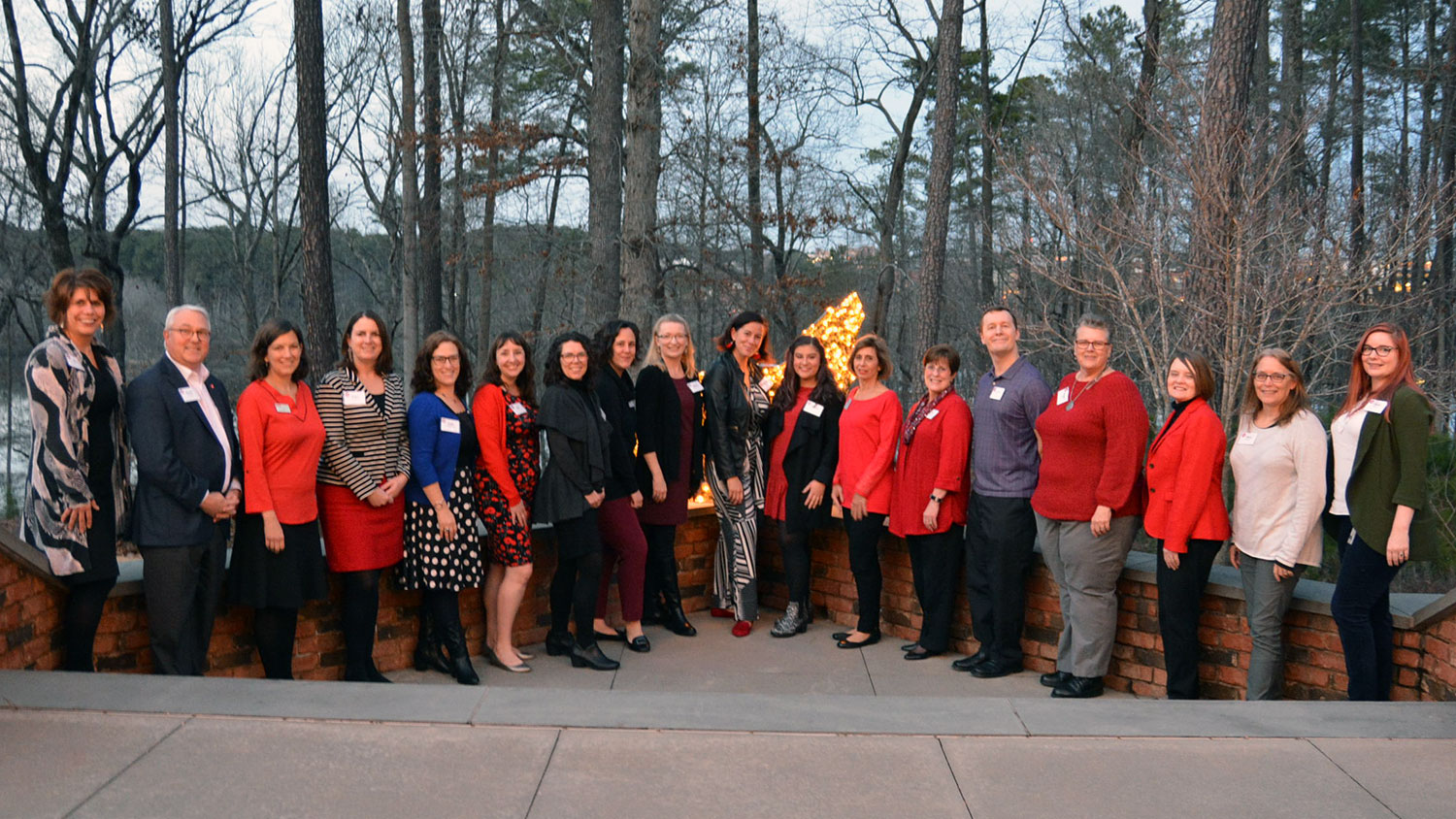 Sometimes a major accomplishment begins in an unexpected place.

Back in 2015, a group of participants in a leadership training course offered by NC State’s Human Resources, the Pathways Leadership Development Program (now reenvisioned as Leadership Foundations), decided to investigate paid parental leave for their project.

Classmates Jonathan Champ, Pamela Lowe, Leah Sauerstrom and Brian Thomas presented their project at the Pathways graduation. Paul Feucht was in that same Pathways course. In the meantime, Paul’s daughter, Eva Feucht, director of the Park Scholarships program, spoke to the Council on the Status of Women about the need for paid parental leave. When Eva mentioned her presentation to Paul, he told her about the Pathways team. Eva then connected the team with the council, and a collaborative effort was born.

The policy grants up to eight weeks of paid leave for all EHRA and SHRA UNC System employees who are eligible for leave under the Family and Medical Leave Act (FMLA) for the birth, care for and/or adoption of a child or newborn or placement of a child with the employee for foster care. Please check for specific eligibility on the Paid Parental Leave site.

Employees will no longer be required to expend sick, annual or bonus leave to remain paid during parental leave. Under the new policy, leave can be taken consecutively or intermittently within a year of the qualifying event, aligning with current FMLA practice.

How Did It Happen?

The Council on the Status of Women (CSW) began exploring the issue during 2015-16, including examining peer institutions’ paid parental leave policies. The Council issued a memo to the provost, the Office for Institutional Equity and Diversity and Human Resources in July 2016 to request the support of NC State senior administration.

With support building on campus, an ad hoc committee formed in February 2017, comprised of CSW representatives, staff senate representatives, students from Student Government, the Pathways Leadership Program group, Human Resources and others. Initial work included topical and benchmark research, gaining a better understanding of system policy and needs, and putting together a proposal for the provost and chancellor to take to the UNC System. In May 2017, the Council and friends formally presented the proposal to senior administration, asking for continued advocacy and assistance.

In 2018, the group presented to the UNC System Staff Assembly and UNC System representatives and many groups on campus, including the NC State Staff Senate, Faculty Senate, the Office for Institutional Equity and Diversity and Human Resources.

Finally, in early 2019, several major developments occurred. In the spring, two bills, (HB 696 and HB 442) and were introduced in the North Carolina house (neither has moved forward yet).

Because of efforts that started here at NC State and the persistent work of many dedicated staff members, the policy will soon become a reality for the entire UNC System.