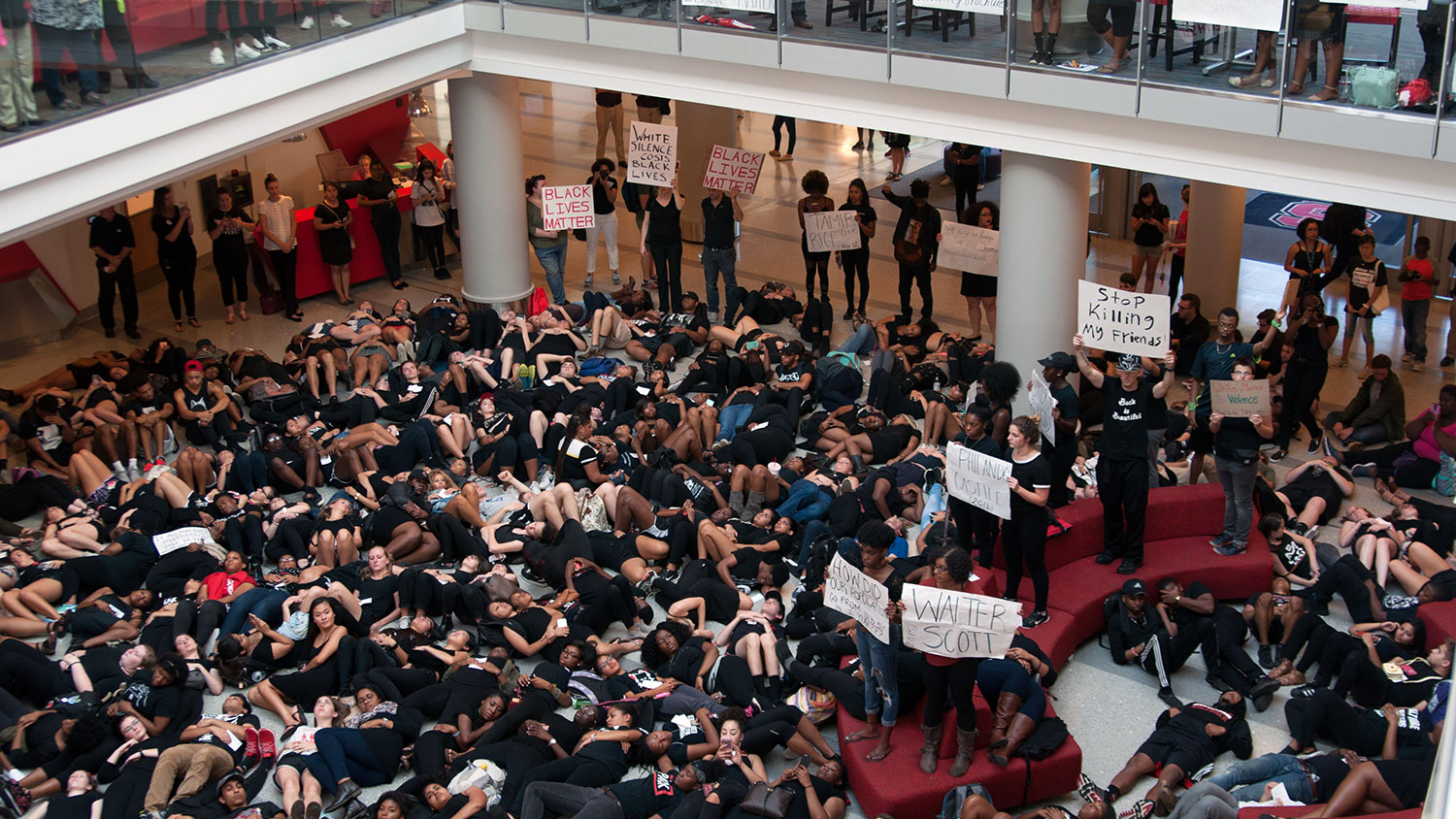 Flash back to Raleigh, NC in May 1970, where you will find student body president-elect at the time Cathy Sterling presenting a protest statement to Governor Robert Scott at the march to the Capitol, where students marched in opposition to Scott’s support of President Nixon’s movement into Cambodia. Sterling served as NC State’s first female student body president and arranged and participated in protests. Flash forward to the present, and you will still see NC State students exercising their First Amendment rights by protesting.

“Congress shall make no law respecting an establishment of religion, or prohibiting the free exercise thereof; or abridging the freedom of speech, or of the press; or the right of the people peaceably to assemble, and to petition the Government for a redress of grievances.”

Student protesting is not a new phenomenon. Across the globe, throughout history, students have assembled to push for equality, an end to war, economic opportunity, political ideology and more. NC State University Archives document protests by students dating back to 1929, when there was campus-wide debate over the continuance of the freshman cap custom, a tradition requiring first-year students to wear red caps on campus to increase school spirit and reduce hazing while punishing students who refused to participate.

The timeline of NC State protests continues, to include protests over tuition increases, a potential name change of the university from the North Carolina State College to the University of North Carolina at Raleigh, racial segregation, working conditions for non-academic employees on campus, the Vietnam War, apartheid in South Africa, and the list continues, probably soon to include documentation of the protest against the Turning Point USA event a few weeks ago. Issues of the Technician and Nubian Message have covered student protests for years and show that many students participate in these demonstrations.

The purpose of protest is to make voices heard and potentially enact change. With NC State’s motto being “Think and Do the Extraordinary,” it makes sense for students to think that their voices and opinions on a topic should be heard and thus, decide to do something about it — in this case, protesting, with the hope of accomplishing something extraordinary — change.