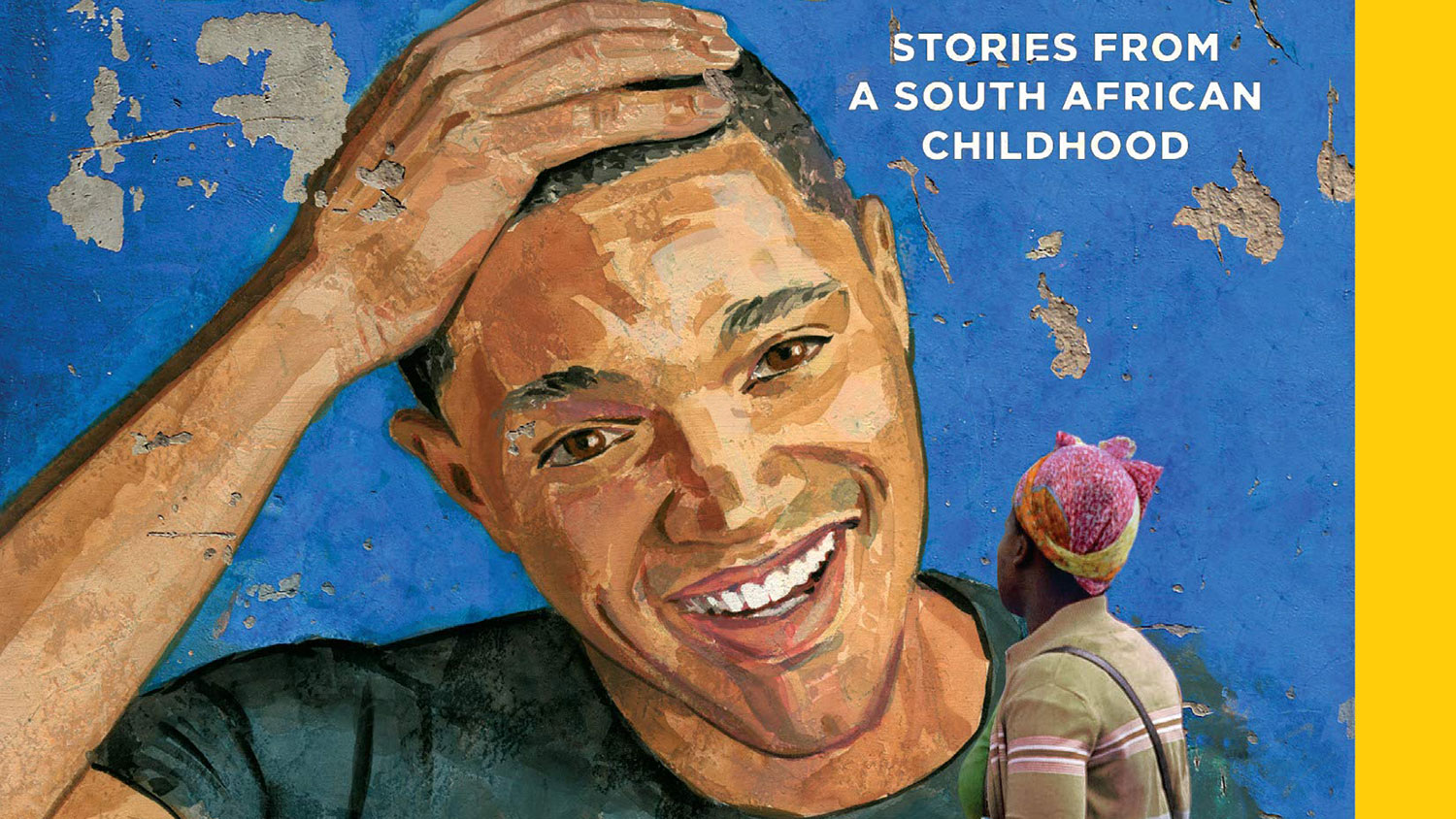 With eagerness and excitement, many NC State community members — students, faculty and staff alike — looked forward to opening their copy of this year’s common reading selection, Born a Crime: Stories From a South African Childhood by Trevor Noah, and settling in for a great read. Resonating on many levels, the book provides something for everyone.

Born a Crime reads quickly, employing the timing and flair of a seasoned storyteller and globally successful comedian, with enough historical context for the reader to understand the challenges and conflicts of Noah’s upbringing in pre- and post-apartheid South Africa. And, it delivers the time-tested appeal of a scrappy and resourceful underdog who struggles against incredible odds to triumph in a world that seems made to crush him.

Among the many themes of the book, ranging from the personal to the universal and involving race, gender, poverty, discrimination, oppression, education, interpersonal violence and the lived experiences of people in different parts of the world, one that stands out with a recurring presence is Noah’s unique perspective as a biracial person constantly navigating multiple identities, and the resulting abilities, experiences and perspectives he gains from being born as part of two different worlds.

Often forgotten in discussions about race, biracial individuals can be overlooked on several levels. From being misidentified on a regular basis to being identified by only one part of their identity, a biracial person learns quickly to expect questions and confusion from others as well as the frustrations and challenges of not completely fitting into any one group.

Yet as the Pew Research Center reported in 2017, the multiracial and multiethnic population, at least in the U.S., is rising quickly, including one in seven babies born in 2015. At that time of their survey, the largest group of U.S. multiracial babies was black and white at 36%, compared to only 18% of mixed-race adults with this background.

Globalization and increased human mobility have led to more opportunities for people to have mixed children, and the trend will most likely continue. However, due to the immense variety of multiracial peoples’ backgrounds, appearances and perspectives, it may be quite a while before society recognizes, understands, accepts and respects multiracial characteristics as much as those of single racial identity groups.

As shown in several incidents of mistaken identity in Born a Crime, multiracial people can be made to feel invisible, simply because others expect certainty where it might not exist.

As we also see in Noah’s book, his mixed heritage provides him with several advantages. As a child, he knew he was different, and it freed him from some of the limitations and expectations placed on other children. Would he have felt empowered to propel himself, one step at a time, through career progressions that resulted in worldwide fame, had he had a more typical background? We can’t know for sure, but maybe not.

Being biracial also enabled Noah to develop keen powers of observation of people and their idiosyncrasies, habits and customs. He developed an astounding facility for accents and languages, which he incorporates into his performances. He is a student of humankind, always an outsider on the inside.

We spoke with some staff members in the Office for Institutional Equity and Diversity who are biracial to learn some of their thoughts on growing up biracial.

Elizabeth Snively, who is of Chinese and Latvian-Jewish heritage, agrees that being biracial often led her to feel different growing up. “There were 2.5 Asian kids in my grade in school. I was the ‘.5.’ Everyone expected me to be a good student because I was Asian. Fortunately, I was, but I didn’t stereotypically like math or science. Yet I almost ended up in a STEM career because of other peoples’ expectations. When I went to college in California, I didn’t feel Asian at all due to the high ethnic Asian populations there. I didn’t speak any Chinese or have any Asian friends, so basically I wasn’t considered Asian by anyone I knew. Different parts of my identity seem to come out in different situations.” She adds, “When I was finally able to check two boxes on the census form, I felt correct and complete for once.”

Dave Johnson, who is of African American and Italian descent, really connected with the story that Noah tells in Born a Crime. “I have not read many books that are about people like me, and some of the experiences Noah describes in his book hit me really close to home. While I certainly did not grow up in post-apartheid South Africa, I did grow up as a biracial kid in Massachusetts and West Virginia. Like Noah, I remember being the ‘mixed’ kid in my schools and not specifically fitting in with one group or another. This caused me to learn how to adapt my identity accordingly to try to fit in with whichever group I was around. I also remember strangers asking my mom if I was adopted because she was white and I was not. Growing up biracial also had its positives. I remember big Italian Sunday dinners with my Nonna, and huge soul food cookouts at my Auntie’s. I am proud of my mixed heritage and how it allowed me to experience two very different cultures, which has taught me to appreciate everyone’s cultures.”