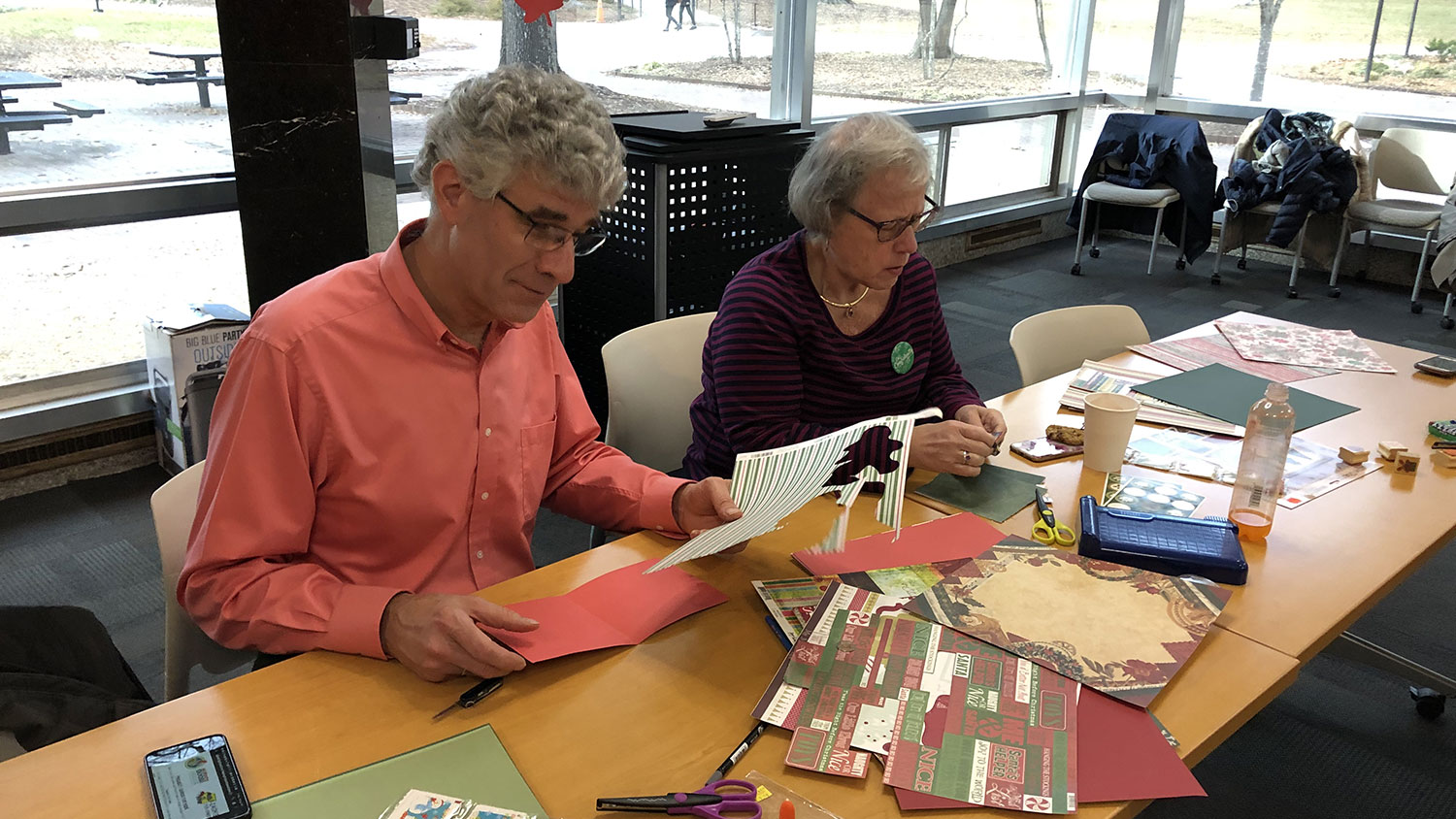 Before the recent devastating and tragic events in which religious communities in the U.S. and abroad were targeted in senseless attacks, several NC State staff members had already identified co-curricular interfaith education as a timely and important topic. Becky Cibulskis, international program specialist in the Office of Global Engagement, had only been on staff at NC State for two years when she learned of a two-year $8,000 grant opportunity from the Interfaith Youth Core (IFYC), applied for it and received it.

Around the same time, Better Together, a student organization at NC State that provides social and educational opportunities to learn and share information about religions and worldviews, invited Cibulskis to be their advisor.

Suddenly, a lot was happening to educate the campus community in these areas.

In its first year, the IFYC grant funded “The Community Un-Conference,” a three-day retreat for twelve students in January 2018 that focused on interfaith and worldview topics. Participants took part in a National Coalition Building Institute workshop and examined different identities, faith communities and how faith shows up on campus.

On the final day, students made a list of opportunities for the second year of the grant. Initiatives that came to fruition were an alternative service break trip for students to the Interfaith Center of Greater Philadelphia, opportunities to attend the Ripple Conference and a monthly series of lunch and learn seminars for faculty and staff.

Attracting a total of 69 faculty, staff and community members from groups such as Study Abroad, the Office for Institutional Equity and Diversity, Foreign Languages and Literatures, Psychology, Advanced Computing and neighboring faith communities, the year-long lunch and learns covered the following topics:

Cibulskis says the program was successful because it started a conversation with campus professionals about worldview identities. But it also revealed the importance of working to reach all faculty, who may need these perspectives to inform their classroom environments.

In November, the planned topic changed due to the Pittsburgh synagogue shooting, in which eleven people were killed and six injured at the Tree of Life Congregation. Sarah Cohn, director of Hillel, NC State’s Jewish community center, came to speak.

“The November session after Pittsburgh really solidified the importance of the entire series. Those who heard Sarah speak very impactfully about violence in other parts of the country realized that our response to that is critical for students to feel at home in this community,” says Cibulskis.

Sarah Cohn agrees. A clinical social worker by training, Cohn accepted the director position at Hillel one year ago because she sought an opportunity to use her Jewish identity in a professional role, and the college environment felt like a natural fit.

As director of Hillel, Cohn emphasizes that Judaism doesn’t mean just one thing. She welcomes anyone affiliated with the Jewish community (or who would like to learn more) to feel welcome at the center, located at 2408 Hillsborough St. The center emphasizes a pluralistic, open-minded way of accepting many expressions of Judaism and features religious, social and cultural activities highlighting holistic well-being and interfaith work along with traditional activities such as Shabbat services and dinners and programming for the high holy days of Rosh Hashanah and Yom Kippur.

Cohn, who attended all of the lunch and learns, first learned of the series through Better Together, a student organization that Hillel had previously partnered with. After the Pittsburgh tragedy, Cibulskis invited Cohn to speak about the need for an organizational response when something of this magnitude occurs.

Unfortunately, the opportunity to improve the campus response to tragedy within a faith community was tested just a few months later, when the shootings in New Zealand occurred. Campus departments and student groups worked together to plan and hold a restorative vigil that also included honoring the victims of the Charlotte shootings that followed.

The improved campus response to violence against faith communities tested this fledgling yet dedicated community of interfaith and worldview education proponents, and other benefits came as well.

Cohn says that the lunch and learn participants noted the importance of having a community of open-minded professionals seeking ways to educate about worldview diversity. “The content was valuable, and making it a university priority to be mindful of staff and student experiences is very important.”

She adds, “It is also really important to think about the intersectional identities of students, and to be mindful of how our own worldviews impact the ways that we interact with the university, peers and students. Only when we better understand ourselves can we be more intentional about how we interact with one another in an increasingly interconnected world.

“Worldview diversity is at the root of the human experience. To interact with one another allows us to deepen not just our own lived experiences and personal relationships, but all the work that we do. Relationships drive research, learning and thinking. If ‘Think and Do’ is our guiding principle, we need to be thoughtful of how we build community, because it impacts our actions.”

Now that the series has concluded and the grant funding has ended, both Cohn and Cibulskis stress the importance of making a space for interfaith and worldview education to continue at NC State by providing permanent funding and resources.

Cibulskis says, “To make change in our community and in the world, we need to take responsibility for making that change.”

Becky Cibulskis received the 2019 Chancellor’s Creating Community Award for Outstanding Staff, in part for her leadership and commitment to this project as well as her work with NCBI and her role as CENet Leadership Council advisor.