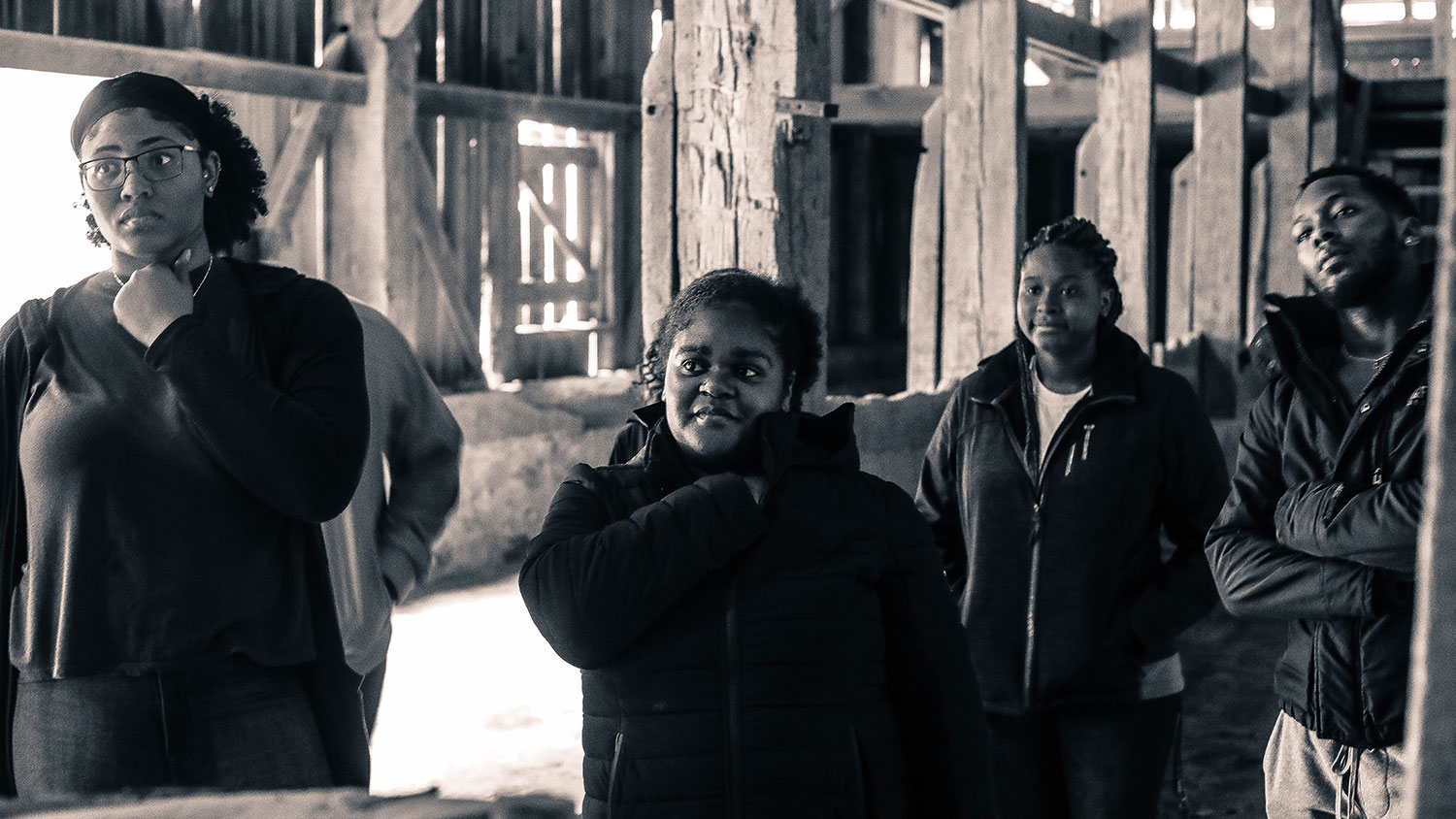 Sachelle Ford, researcher and co-advisor of the AYA Ambassadors in the African American Cultural Center, talks about the student group’s expanded scope this academic year.

For the past semester, the African American Cultural Center’s AYA Ambassadors student group has embarked on trips, seminars and research to expand the goals of the organization. Established by Toni “Mama” Thorpe and named for the Adinkra symbol for endurance and resourcefulness, the AYA Ambassadors serve the African American Cultural Center through programming and leadership development.

Now the ambassadors also integrate scholarship and experiential research into their work. I designed this component of the program to expose students to the exciting conversations Black researchers and artists are having about Black culture and to empower students to disseminate the knowledge they have gained.

The ambassadors examine African American history and culture beyond the textbook. A recent genealogy workshop lead by public historian Earl Ijames helped them connect their individual family histories with North Carolina history and U.S. history more broadly. History became even more palpable when the ambassadors visited Historic Stagville, the remnants of one of the largest plantations in the South. In its heyday, it extended from north Durham to Cameron Village near NC State. There, Justin Robinson, an expert of Afro-Carolinian1 culture, and Georie Bryant, a Stagville descendent, taught the ambassadors how enslaved people maintained their humanity despite a dehumanizing institution. “Before going into the trip, I thought I would have feelings of anger. Instead, I felt comfort in knowing that I come from brilliant people. I was able to see their skills and their ingenuity,” reflected sophomore Ezekiel Peay.

AYA also uses art to examine the diversity of Black culture. They attended two shows at Duke Performances, a dance performance by Camille A. Brown & Dancers and a concert by Afro Cuban singer, Daymé Arocena. The intense rhythm, creole lyrics and unfamiliar dance steps of Arocena’s performance encouraged the ambassadors to be curious about the mixture of the music’s indigenous, African and European roots. The ambassadors bring all of these experiences to a research project exploring the influence slavery has had on three dimensions of African American culture: the culinary tradition, beauty ideals and Black Greek letter organizations.

In September, the ambassadors will record their first podcast episode. By translating what they have learned from reading conventional academic texts and combining this with experiential learning gained from the excursions and workshops, they aim to reach the African American community at NC State and beyond. Over dinners with faculty mentors, including UCLA professor and esteemed choreographer David Rousseve; author and associate vice provost of diversity engagement, training, and education Stephanie Helms Pickett; and professor and Emmy-nominated filmmaker Natalie Bullock Brown, they have learned the power of engaging public audiences.

The AYA Ambassadors use their voices to explore issues that matter to them and to start a conversation with the people who matter to them.

1 The term Afro-Carolinian was originated by Michelle Lanier.