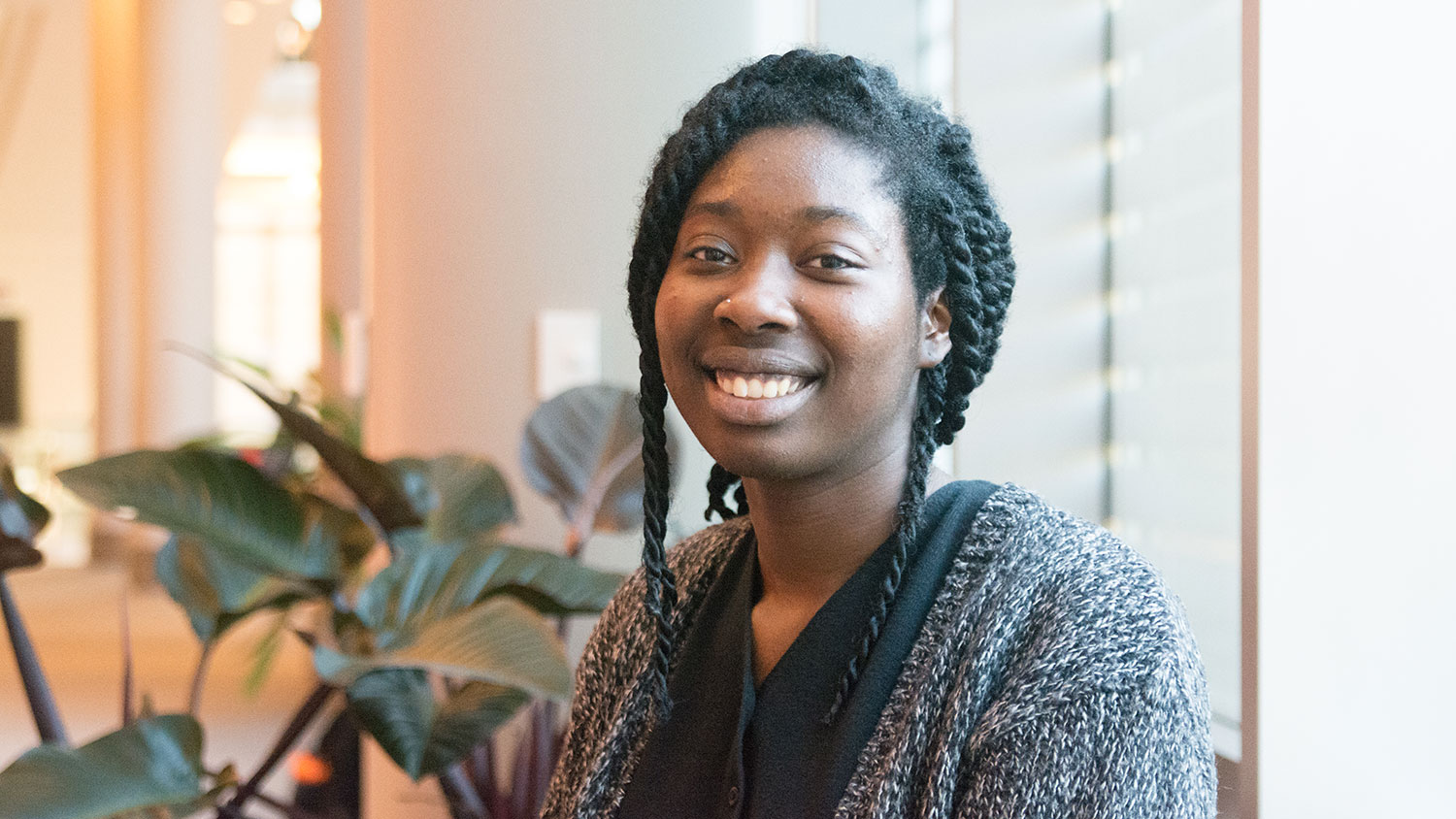 Maryanne Peters, a first-year anthropology major, works in the African American Cultural Center’s Library and Media Room, a cozy space located on the second floor of Witherspoon Student Center. Peters comes from Raleigh by way of Texas and Brooklyn New York, where she was born. She has Nigerian heritage with family from both the Igbo and Yoruba peoples.

She currently holds the position of library assistant; you can find her compiling book lists for events, creating flyers, shelving books, checking out books and assisting patrons three days per week in the afternoons. Working in the AACC Library isn’t just a lucky coincidence for Peters; she has always loved libraries and plans to become a researcher or work in a museum or library after she graduates.

Her favorite part of the job is helping visitors find books, which can be sometimes challenging to locate, particularly if they are not popular or frequently-circulated books (like the very in-demand copies of Trevor Noah’s book) or are hard to track down.

Peters not only promotes the joy and value of reading but reads a lot herself, recently enjoying Zami: A New Spelling of My Name and A Burst of Light and Other Essays by poet Audre Lorde. She also notes that the library has a large collection of DVDs, from which she recently borrowed Through a Lens Darkly: Black Photographers and the Emergence of a People (2014), directed by Thomas Allen Harris.

She says, “The main reason I love working the AACC Library is that we have so many books that are not well-represented at most public libraries. Come browse our collection, and you will generally find something you’re interested in, whether for class or pleasure. There are a lot of interesting things, and Ms. Jenkins is always a nice person to talk to.”

Peters originally planned to major in English but fell in love with anthropology after taking a course in physical anthropology from Professor Katherine Grossman last semester. She now combines her love of literature with the ways literature looks at people, looping back on interests she has had since she was little.

When she’s not in class, you can find her at Anthropology Club or with the African Student Union, and she is currently working on the Lemur Vocalization Coding research project under biology professor Lisa Paciulli. In her spare time, she attends African American Cultural Center events, such as the African American Film Festival, where she recently caught the documentary on Maynard Jackson, Atlanta’s first black mayor.