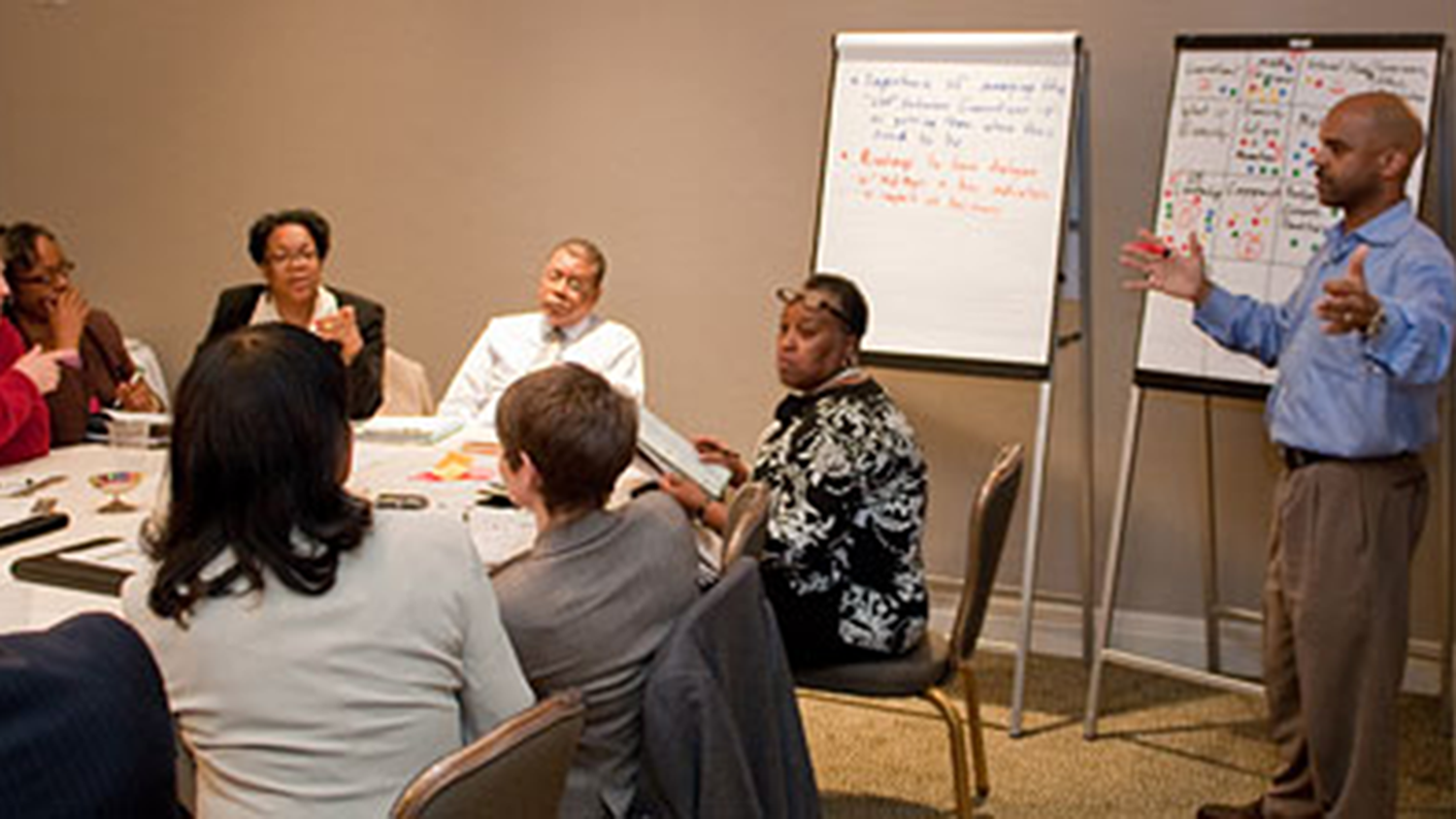 NC State hosted Al Vivian, president and CEO of BASIC Diversity, from October 9 through October 12, 2018 for two sessions of the acclaimed Race Awareness Seminar, called a “life-changing experience” and “the most effective race relations program in the nation” by participants.

The two-day workshop is intensive and immersive, with participants focusing primarily on issues of race. Associate Vice Chancellor of Academic Affairs Barry Olson says of the experience, “Odds are, are thinking that I’m enlightened to a degree, and then flips the script.”

Unlike other workshops about race, the two-day session teaches participants to be more comfortable in their discomfort. Olson states that Vivian’s method pushes participants “into the fire” to understand the multitude of rules that individuals in non-dominant racial groups must follow.

This year, employees from International Services, the College of Veterinary Medicine, NCSU Libraries and the Office for Institutional Equity and Diversity participated. Olson, who leads the initiative on campus, explains that the directive was initially housed in the provost’s office beginning in the mid-1990’s but took a hiatus from 2004 to 2014 due to budget cuts. The vice chancellor reactivated the program for DASA employees in 2015 when college campuses across North Carolina began experiencing greater tensions within their communities. Olson says that the goal for bringing back the Race Awareness Seminar is to provide a program for campus that allows employees an opportunity to be proactive and move forward.

While the success of the program is growing, Olson would like to see it expand further. Particularly, he would like to see the seminar include sessions for students. While Vivian’s seminar is not currently offered on a large scale, DASA does provide a series called “Engaging Conversations: Facilitating Difficult Dialogue” for student leaders by providing them with the tools to have challenging conversations.

Olson states that the current caustic political environment has escalated the importance of NC State employees being able to communicate, challenge and support each other. The Race Awareness Seminar will return again next year; in the meantime, Olson advises that we should work to recognize opportunities for change, particularly those with privilege.

Mia Thompson is the equal opportunity and equity program coordinator.