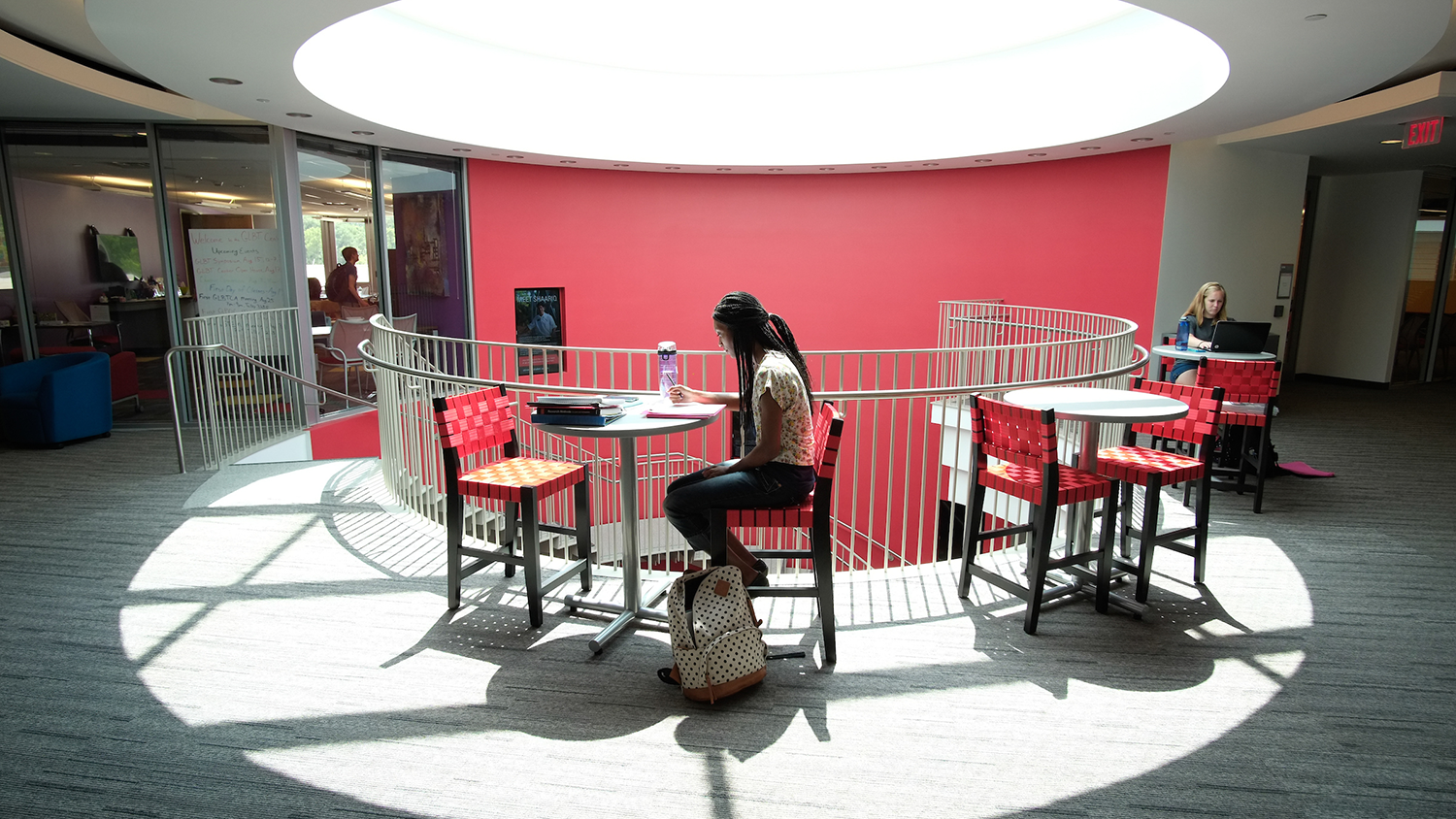 Erin Elliot, a second-year graduate student in educational psychology and a graduate assistant in Multicultural Student Affairs, writes the following editorial about NC State’s campus community centers, viewed as cherished safe spaces by many within the NC State community. Each year, foundational level courses from NC State’s colleges send their first-year students on scavenger hunts of sorts. During this exploration, students are supposed to learn about resources on campus and then present something to their respective classes. In theory, this is an excellent idea.

Students should have the opportunity to inquire about the awesome things available to them across campus. The problem comes when the assignment doesn’t require a genuine inquiry about the resources and turns into comments such as, “Can I just take a picture of your space to show and tell my class about?”

There are four community centers on campus: the African American Cultural Center, GLBT Center, Multicultural Student Affairs and the Women’s Center. Spaces such as the centers aim to affirm and respect students’ multiple identities in healthy and positive ways rather than covertly asking them to conform.

The centers create inclusive and supportive spaces for students in multiple valuable ways, such as providing a physical space where students can feel comfortable being their authentic selves. Students at a predominately white institution can sometimes feel forced to assimilate into the dominant white, hetero and cisgender culture to be successful. Spaces such as the centers aim to affirm their identities in healthy and positive ways rather than by asking them to conform.

When students enter the spaces on the basis of a grade, without sincere curiosity about the programs or services offered, it can feel like a commodification of diversity. For example, some students completing the scavenger hunt take pictures outside of the glass windows of the people inside the centers. The act of consent-less picture taking has become an invasion of rights for students but particularly harmful for people who use the GLBT Center, where students’ privacy and safety is a real concern. Because of this, you will see signs that prohibit photography of or in the centers. Additionally, on several occasions, I have witnessed pairs and groups of students huddling outside of the suites, with white students nudging their classmates of color into the space.

After these types of incidents, students inside the spaces have reported feeling like animals in a zoo, merely objects to be stared at from a distance. Although NC State strives to be a place of inclusion, not taking a real interest in students’ lived experiences or the ongoing historical, social and cultural importance of the centers sends a clear message to our students that they are here simply to enhance others’ experiences. Moreover, the feeling of being on display isn’t unheard of and echoes the global exploitation of Black and Brown bodies in, but most certainly not limited to, circus shows, exhibits, blackface, as mascots and in cartoons.

In other words, the act of being watched and photographed from afar remarginalizes students who already may feel both invisible and hyper-visible on a predominately and historically white campus such as NC State.

If professors would like their students to learn about the community centers, I suggest three options:

Note that all of these involve communicating with center staff members ahead of time.

Inclusion is the fabric of these campus community spaces. The centers do not restrict access to certain identities to enter the spaces or to speak only to certain people. Our doors are always open; we only ask that you are respectful rather than exploitative and considerate as opposed to thoughtless.

Erin Elliot is a second-year graduate student in educational psychology and a graduate assistant in Multicultural Student Affairs.