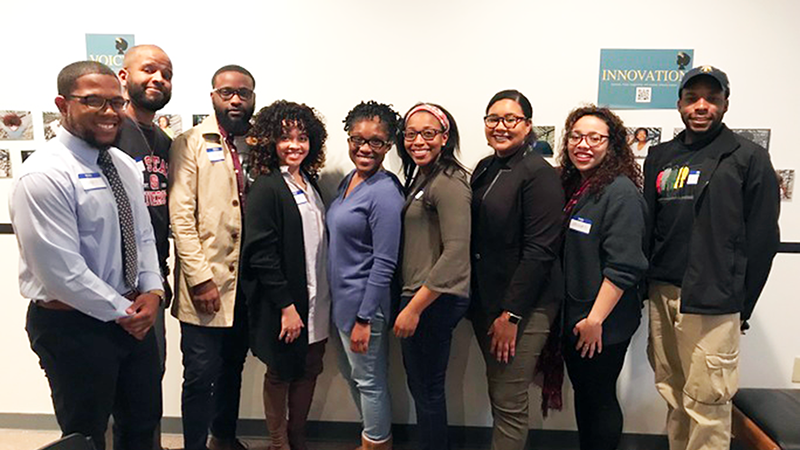 The Mixtape Series launched in spring 2018 for Black graduate students on campus. This year, Multicultural Student Affairs will host the series in an effort to provide intentional programs that include all graduate students of color. Revamping this event occurred in response to a need identified during the inaugural Multicultural Graduate Student of Color Orientation in August.

Graduate students are a unique population because of their schedules. However, the challenges of grad school shouldn’t be maneuvered alone. The Mixtape Series will explore themes including, but not limited to, creating community beyond the classroom, navigating academia and the importance of both horizontal and lateral mentorship.

A “mixtape,” by definition, is a compilation of music, typically by different artists, recorded onto a cassette tape or other medium by an individual. The idea of a mixtape celebrates the different dimensions of our identities as students of color on campus.

In “The Mixtape Series,” each of the topics deserves its own conversation; the series will focus on different struggles, topics or points in time, similar to how one might actually create a mixtape.

Last spring several students attended the event and mentioned The Mixtape Series being a beneficial program.

Johnia Murray, a graduating senior double majoring in French and psychology stated, “I wanted to come to an event like this because at a PWI, a lot of events don’t advertise to us and they’re not aware that a lot of students of color are living in their own culture within the majority’s culture. This event was helpful in understanding what that means when navigating spaces that weren’t built for us in the first place.”

A recent graduate student alumnus of the College of Natural Resources Tourism program, Ray Person participated in the series as one of the panelists. When asked about his thoughts on the series he stated, “I definitely wish I would have known coming into NC State that there was a safe space where I could not only vent but interact with other scholars of color across campus. It provided a heightened level of comfort to know that the information I was sharing, I wouldn’t be judged for sharing. I think this is necessary for mental health, problem-solving, for establishing a sense of community and most importantly, to strengthen the unified voice of scholars of color on a predominately white campus.”

The dates for the fall 2018 semester series are:

Erin Elliot is a second-year graduate student in educational psychology and a graduate assistant in Multicultural Student Affairs.