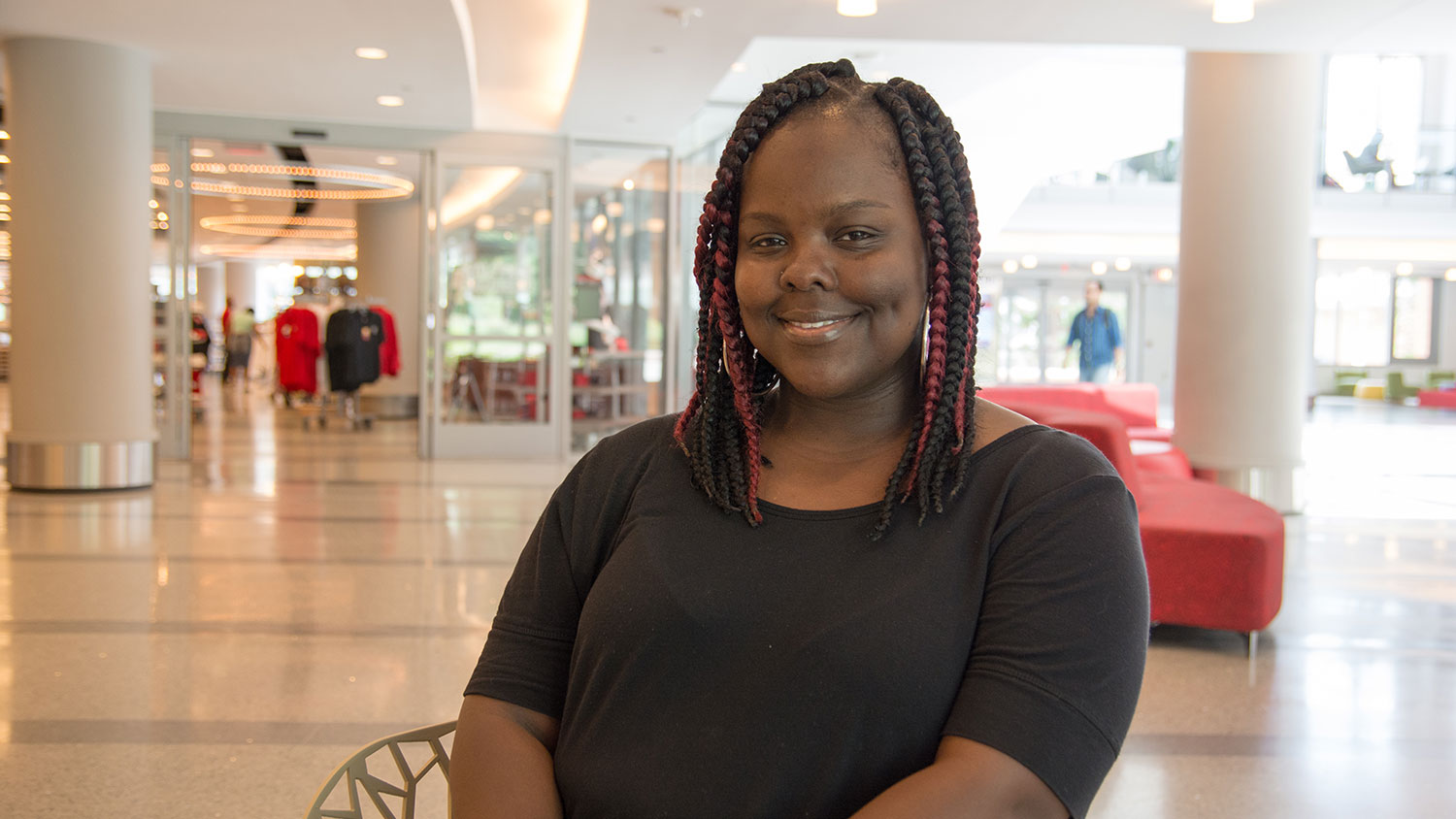 Chaniqua Simpson, a doctoral student in sociology, will serve as one of twelve Electoral Justice League Fellows nationwide as part of the Movement for Black Lives. The full-time campaign managers each receive a $35,000 organizing fellowship and opportunities for additional funding to work during the 2018 election season from mid-May through the end of November.

Each of the activists will advocate for a specific candidate or cause and work toward election wins in cities across the U.S. on issues such as ending cash bail, restoring voting rights, increasing affordable housing and electing progressive leaders.

The Movement for Black Lives is a collective of over 50 national grassroots organizations that aims to raise awareness, increase involvement and create electoral justice wins for Black citizens.

Simpson, who learned about the opportunity through the Black Youth Project 100, a national, member-based organization of Black 18-35-year-old activists and organizers, will be based in Raleigh for the season after a week-long training in Jackson, Mississippi in early June. After that, she will begin the planning phase for her project, a campaign for housing justice in downtown Raleigh. Simpson will also participate in two additional training in July and September to gain tools to create a sustainable campaign.

In recent years, Raleigh residents have been forced to sell their homes due to new development and increasingly unaffordable property taxes, a trend often referred to as “gentrification.” Simpson notes that the cities of Durham and Raleigh both appeared on a list of the top 100 evicting cities in the U.S., with Durham at #37 and Raleigh at #76, according to the Eviction Lab.

For Simpson personally, the fellowship addresses a passion that grew from the tradition of Black sociology that she first encountered as an undergraduate at Fayetteville State University. There, she learned from professors who introduced sociology with the teachings and writings of Black sociologist, historian and civil rights activist W.E.B. DuBois.

Simpson notes that at NC State, there is more of an emphasis on preparing students for academia and teaching theoretical sociology and less on real-world application, which at times causes some students of color to become disillusioned.

She states, “I’ve been trying to figure out how, as a Black sociologist, I can use what I know and effect change through building movements with people. My biggest hope is that I can do both – fight for justice and work for social change while also being an academic.”

Meanwhile, Simpson has shown she can do both, teaching and serving as a graduate intern in the African American Cultural Center last year and returning to the Campus Community Centers next fall as a graduate programming assistant in the Women’s Center.