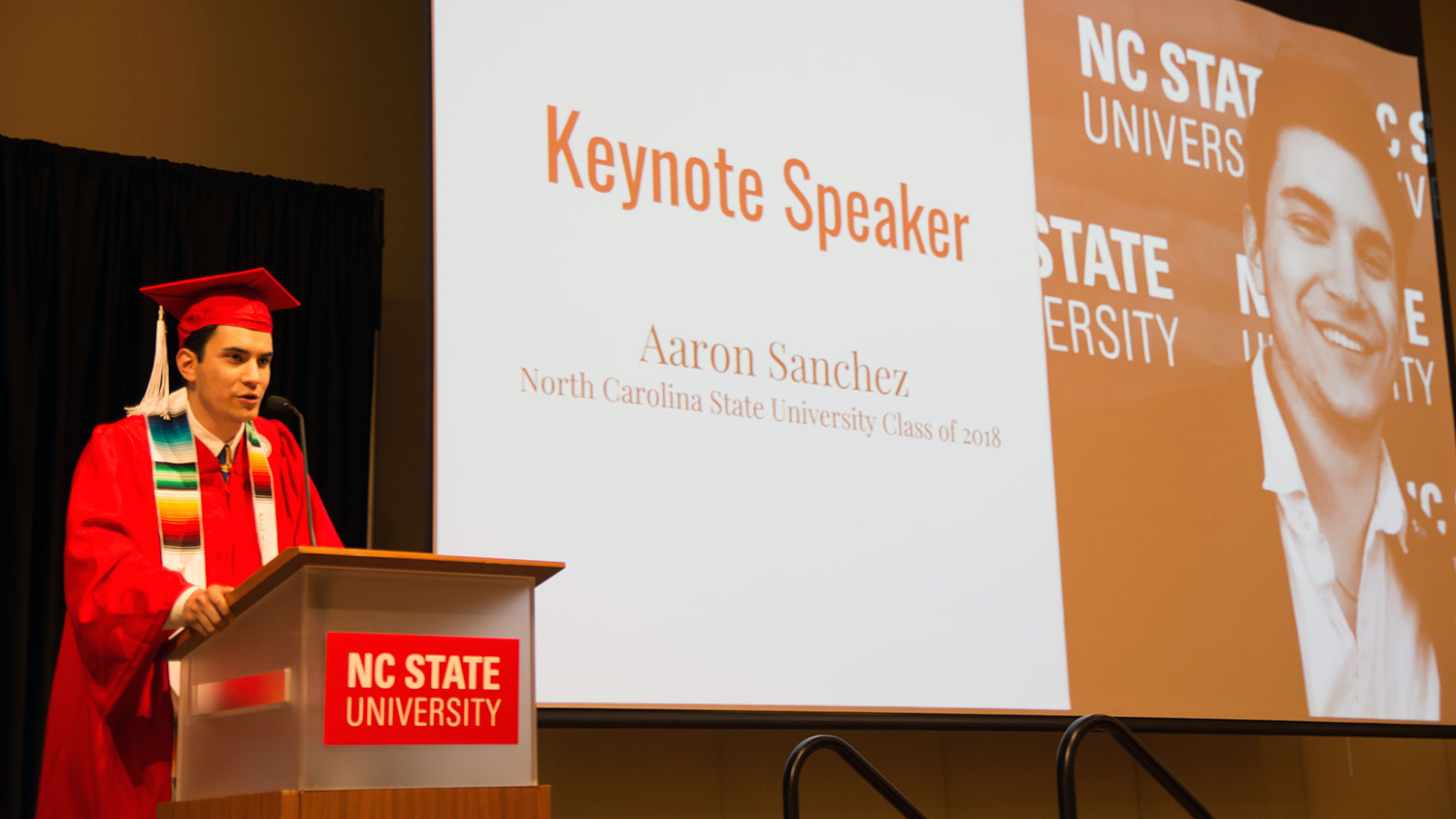 Seventy-seven multicultural graduates crossed the stage in the Piedmont Ballroom of Talley Student Union on Wednesday, May 9, 2018, comprising the largest gathering to date at the third annual Multicultural Graduation Ceremony. The number included twenty-four master’s degrees and seven doctoral degrees from across NC State’s colleges.

Leah Young, assistant director for student transition and success and organizer of this year’s event, welcomed the graduates and congratulated them on their achievements, noting that some of the graduates successfully overcame obstacles to reach their goal. Interim Vice Provost for Institutional Equity and Diversity Sheri Schwab provided opening remarks, encouraging graduates to find their ‘purpose and passion’ as they embark on their new paths. All graduates received a black, red and white stole emblazoned with “MSA” on it to wear at NC State’s commencement this past Saturday.

Senior Director of Campus Community Centers Reggie Barnes announced an award for Dr. Tracey Ray, assistant vice provost for student diversity, for her service over nearly two decades to NC State’s multicultural student populations. Ray served as the first director of Multicultural Student Affairs from 2001-2011 before serving as assistant vice provost. She will depart NC State this month to take a position as chief diversity officer at West Chester University, near Philadelphia.

Graduating English major Aaron Sanchez Guerra gave the evening’s main address, speaking about his educational journey from crossing the Mexican border as a child who could barely speak English to someone who now has a degree in it. Sanchez Guerra served in a number of campus organizations, including Mi Familia and Technician, as well as local ones, including the Mexican General Consulate of Raleigh’s newly formed Window of Education Initiative, Student Action with Farmworkers and El Pueblo, Inc. His rousing and poetic speech brought the audience to its feet and reinforced the importance of continuing and strengthening support for multicultural students to ensure their success and graduation.

The Office for Institutional Equity and Diversity congratulates all of the 2018 graduates.