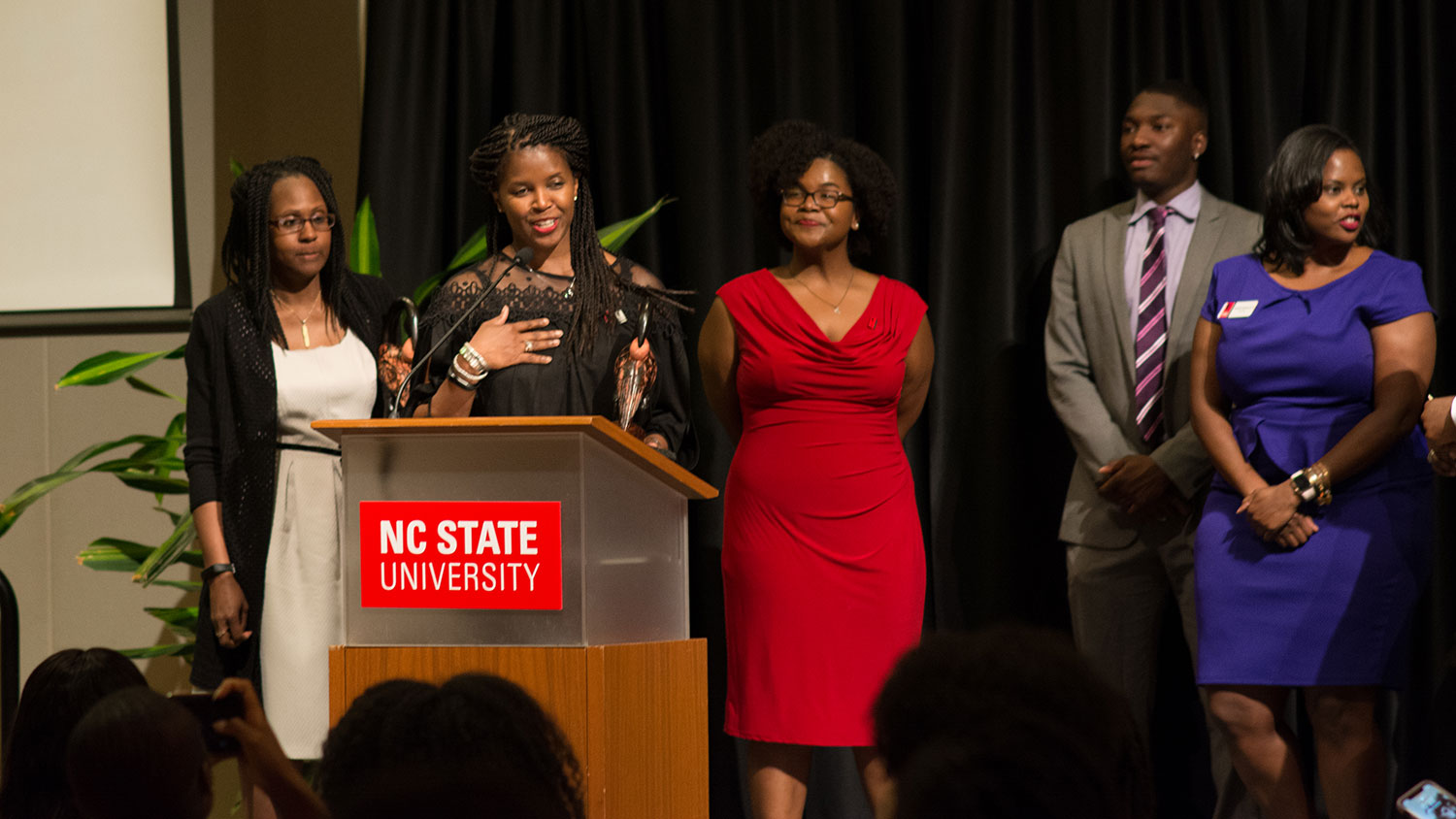 The African American Cultural Center hosted the 25th anniversary of the Ebony Harlem Awards of Excellence on Sunday, April 29, 2018. Since its inauguration in 1993, the awards program has celebrated Black academic, cultural and social excellence at NC State. Following the AACC’s appreciation of West African Adinkra symbols, this year’s theme and symbol was the Wawa Aba, which represents hardiness, toughness and perseverance. With the help of sponsors AYA Ambassadors, the Black Alumni Society, the Alumni Association and Multicultural Student Affiars, the theme helped to commemorate the continuation of a rich legacy of student impact and collaboration. This special program recognizes NC State students, faculty and staff who reflect and represent, through their leadership, dedication and talents, the mission of the African American Cultural Center.

In addition to recognizing Black student, staff, and faculty success, the event also served as a showcase of unity within the Black community on campus. Over 250 people across the different NC State colleges, programs and centers mixed and mingled over dinner and dessert while also celebrating Black histories and futures at NC State and within the community.

Attendees were able to enjoy Black entertainment with a breakout performance by the Caged Bird Society, a spoken word group, featuring students Camerian Williams and Jordan Bullock. Performances by local artists/musicians DJ Kato and performing arts group Sankofa Drumming and Dance, who both specialize in music of the African diaspora, created an atmosphere of community and culture.

Erin Elliot is a graduate assistant in the African American Cultural Center.