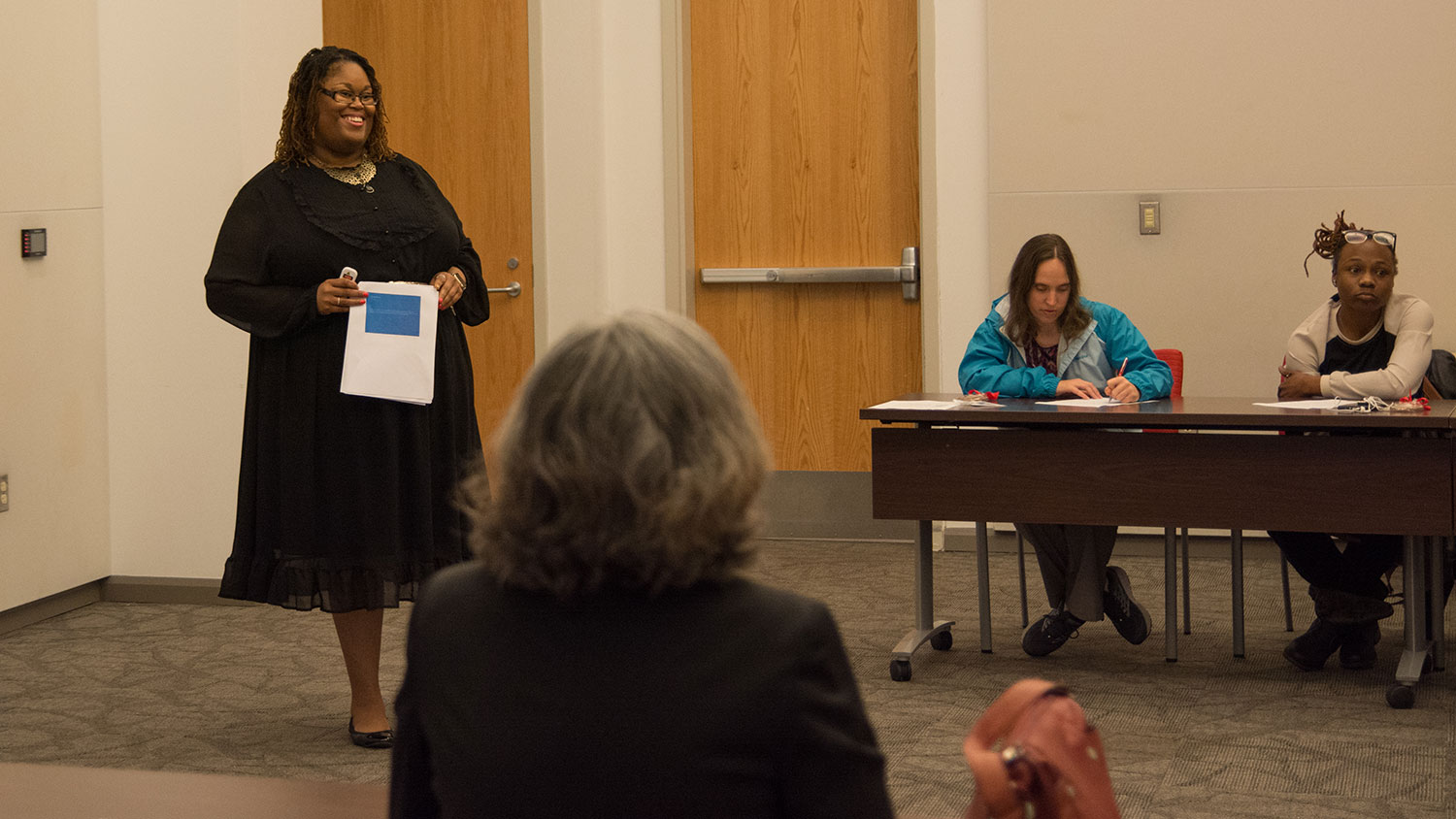 The hour-long workshops included “Designing Social Justice initiatives within Your College,” “Promoting Service without Evoking the ‘White Savior Complex,’ “Leveraging Your Privilege in Support of Marginalized Communities” and “Foregrounding Intersectionality in Your Work with Students.” Each one-hour session occurred from noon to 1:00 p.m. to allow participants to attend during lunch.

The series featured programs designed to enable NC State’s faculty, staff and students to stay informed about emerging topics in the fields of diversity and inclusion, social justice and advocacy.

Collaborating with the other Campus Community Centers within the Office for Institutional Equity and Diversity, the GLBT Center has capitalized on these partnerships to bring the campus intersectional programming that addresses the unique challenges faced by people who may belong to one or multiple marginalized or underrepresented groups.

“The Lunch and Learn Series provided participants in the GLBT Advocate Program the opportunity to highlight the array of social justice research, programming and initiatives happening across campus.” said Preston Keith, assistant director of the GLBT Center. “It is our hope that this program will continue to grow and allow for Advocates to strengthen their skill set in creating more inclusive spaces across campus, as well as broaden their network of resources and support systems.”

On Wednesday, April 18, 2018, the GLBT Center held its final lunch and learn, “Foregrounding Intersectionality in Your Work with Students.”

The session began with a definition of the term “intersectionality.” Originally coined by American civil rights advocate and scholar Kimberlé Crenshaw in 1989 to describe the dual oppressions experienced by Black women, the term named a concept that has existed for centuries.

Since then, the term has grown to encompass a myriad of interlocking identities that combine to systematically impact marginalized people in a variety of ways based on their intersection with macro-level systems; for example, the experiences of a gay Black man will differ from that of a heterosexual Black man or a gay Native American man.

During the lunch and learn, facilitator Angela Gay, assistant director of the Women’s Center, introduced the concept of “intersectional failure,” which can happen when anyone, even well-meaning social justice advocates, consider too narrow of a perspective, either intentionally or unintentionally harming groups of people when they could take steps to be more inclusive.

The discussion included an examination of the causes of intersectional failure: fragility, passivity and fear, and how participants can help work to change the narrative, reclaim space and change policies.

Participants also learned about the theory of “womanism,” a concept first associated with poet and playwright Alice Walker in response to the limitations of traditional feminism, which often excluded Black women — and other women of color, GLBT women and men — from its conversations. Ideologically, womanism aims to uplift everyone in a true spirit of social change.