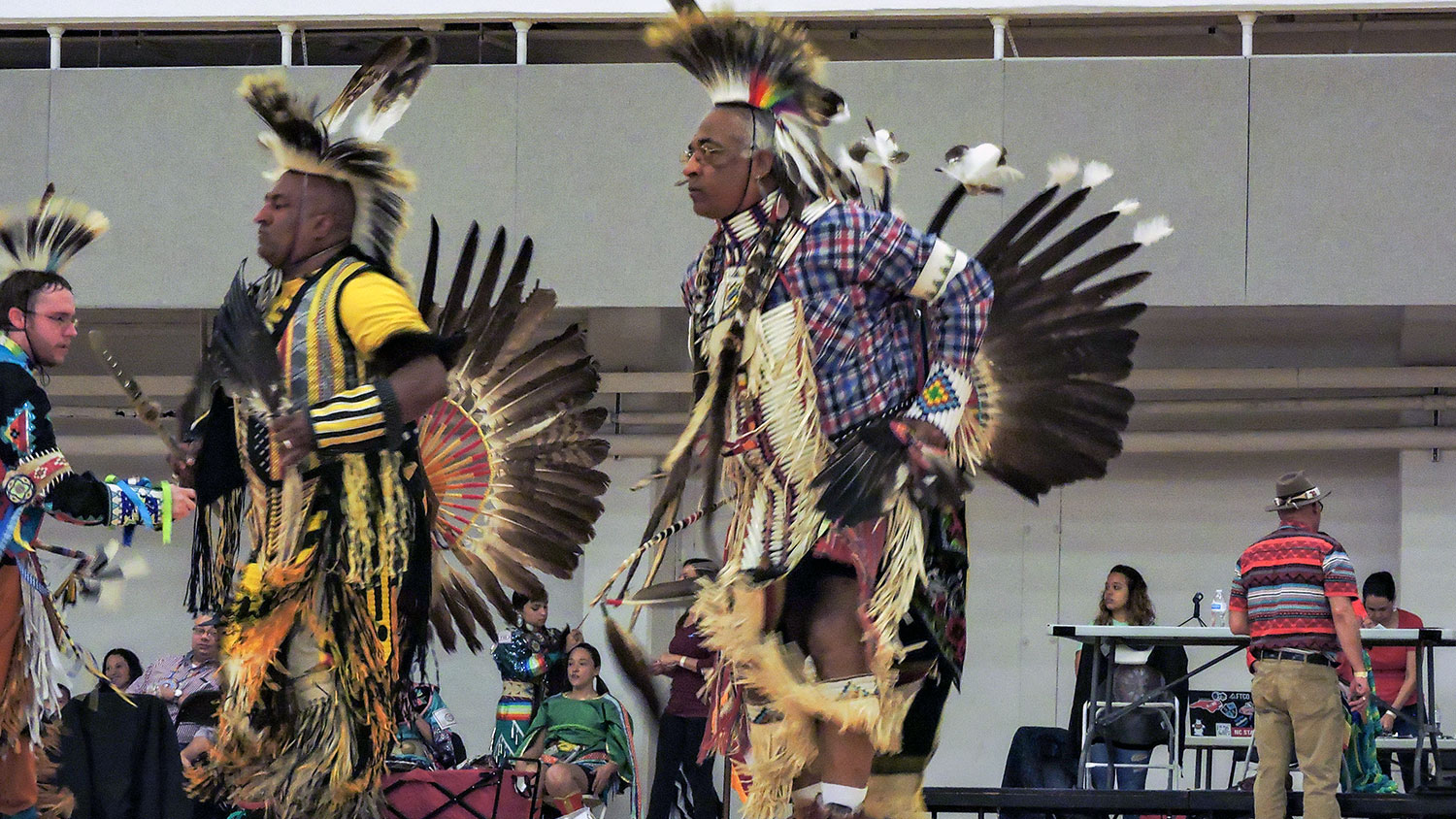 On April 7, NC State celebrated its 28th annual Powwow in Carmichael Gymnasium. Despite the rainy, cold weather, hundreds attended, making it a record number for attendance and participation. Tribal chairman of the Lumbee tribe Harvey Godwin and Miss Indian North Carolina Raven Dial-Stanley attended, as well as representatives from across the campus, ranging from Admissions, Housing, the Women’s center, Study Abroad and Interim Vice Provost for Institutional Equity and Diversity Sheri Schwab. This year’s Powwow featured drum groups, dancers and vendors from all over the state who represented the tribal diversity of all eight of North Carolina’s tribes and some from across the United States. The Powwow was hosted by the Multicultural Student Affairs, the Native American Student Association (NASA) and the American Indian Science and Engineering Society (AISES).

The annual Native American Student Association Banquet honors Native students and allies of the community who are graduating. In Native American communities, feathers are presented to a community member who has achieved a significant accomplishment. We acknowledge our students on campus with this tradition, honoring each graduating student with a hawk feather, beaded at the stem with the university’s colors, that can be worn on their graduation cap to bridge their experiences as a Native American NC State student. This year’s banquet also featured a performance from NC State’s drum group, Miskwa Waya, a subgroup of the Native American Student Association (NASA) and the only student-led Native drum group in North Carolina.

Maher appreciated that the banquet honors graduating seniors in NC State’s Native American community for their achievements. “Coming from a background where it is very uncommon for a person of your ethnicity to go to college, let alone graduate, says a lot and it is very important that we take the time to honor those who have ‘defied the odds.'” He added, “For any Native student, this year’s graduating seniors show that it can be done, and it also gives them something to look forward to. In some way, each of this year’s graduating seniors shaped the Native programs that are on campus today, and that reason alone benefits every Native student.”