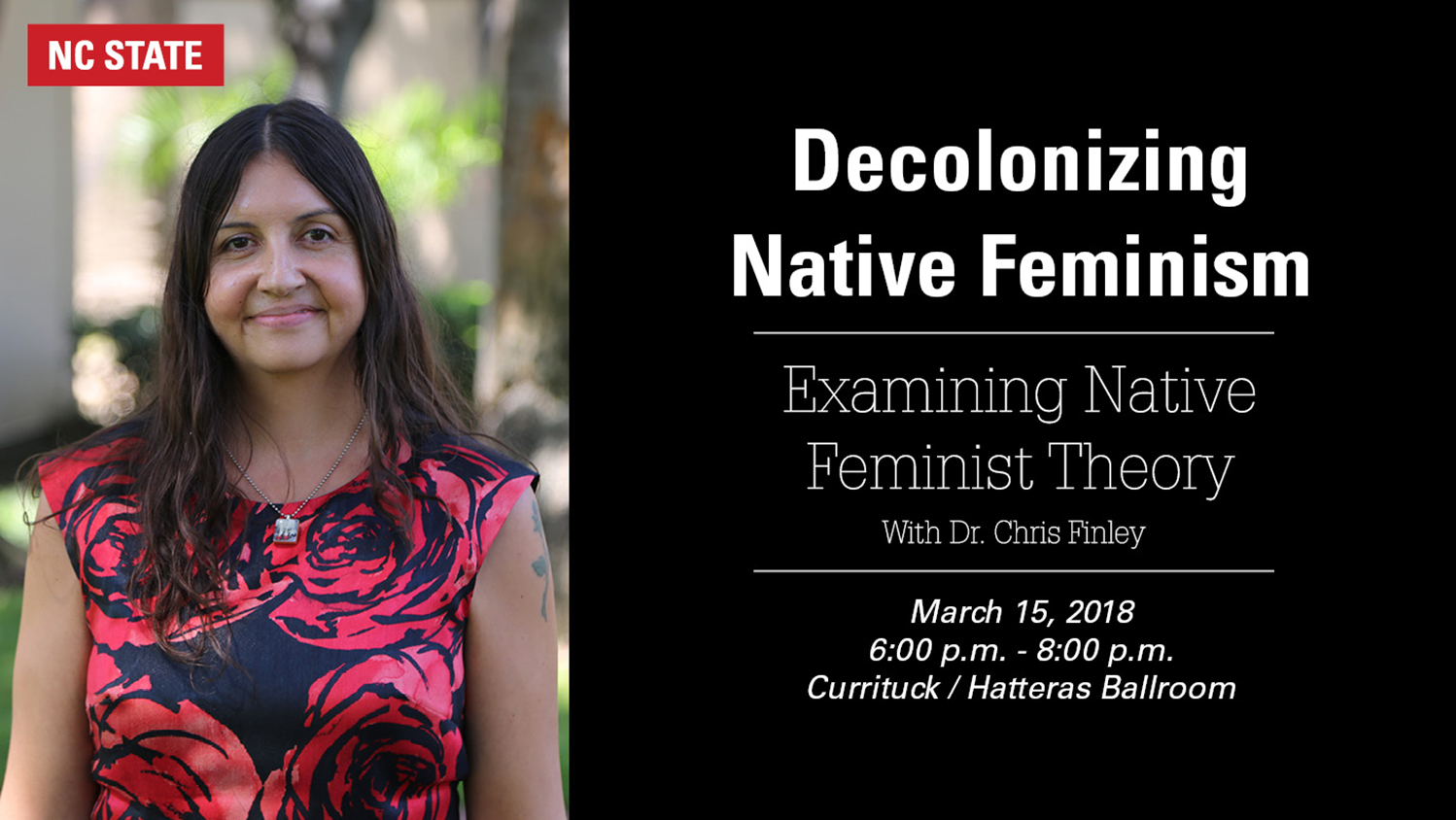 The GLBT Center, in collaboration with the Women’s Center, will host Chris Finley, associate professor of American studies and ethnicity at the University of Southern California on Thursday, March 15, 2018 for a guest lecture and a workshop.

Finley’s guest lecture, “Decolonizing Feminism: Native Feminist Theory,” will examine the influence of settler colonialism on western conceptions of feminism. In the lecture, Finley will facilitate a conversation that highlights the ways in which Native feminist theories critique and dismantle the links between heteropatriarchy and settler colonialism in feminist ideology. Finley’s talk will also explore how current western concepts of feminism only account for the experiences of people from a western lens, and the impact its current structure has on indigenous communities. The lecture will be held on Thursday, March 15 from 6:00-8:00 p.m. in Currituck-Hatteras Ballroom, Talley Student Union.

In addition to the guest lecture, Finely will explore these concepts in a workshop, “Decolonizing the Native Body: Representations of Native Women in Film and Media.” Finley’s research, writing and teachings critique the ways in which dominant western popular culture often sexualizes Native bodies, rendering them unable to culturally or racially conform to cisgender, heterosexual norms.

In the workshop, Finley will explore how depictions of Native women are often based on stereotypes, resulting in negative implications and poor representation. Participants will unpack the ways in which current depictions of Native people in film and television have been influenced by the settler-colonial gaze and examine the larger impact on the construction of gender and sexuality for Native communities. The workshop is on Thursday, March 15, 2018 from 10:00-11:30 a.m. in Talley Student Union, Room 4280.

Both the lecture and the workshop are open to students, staff, faculty and community members.

Preston Keith is the assistant director of the GLBT Center.