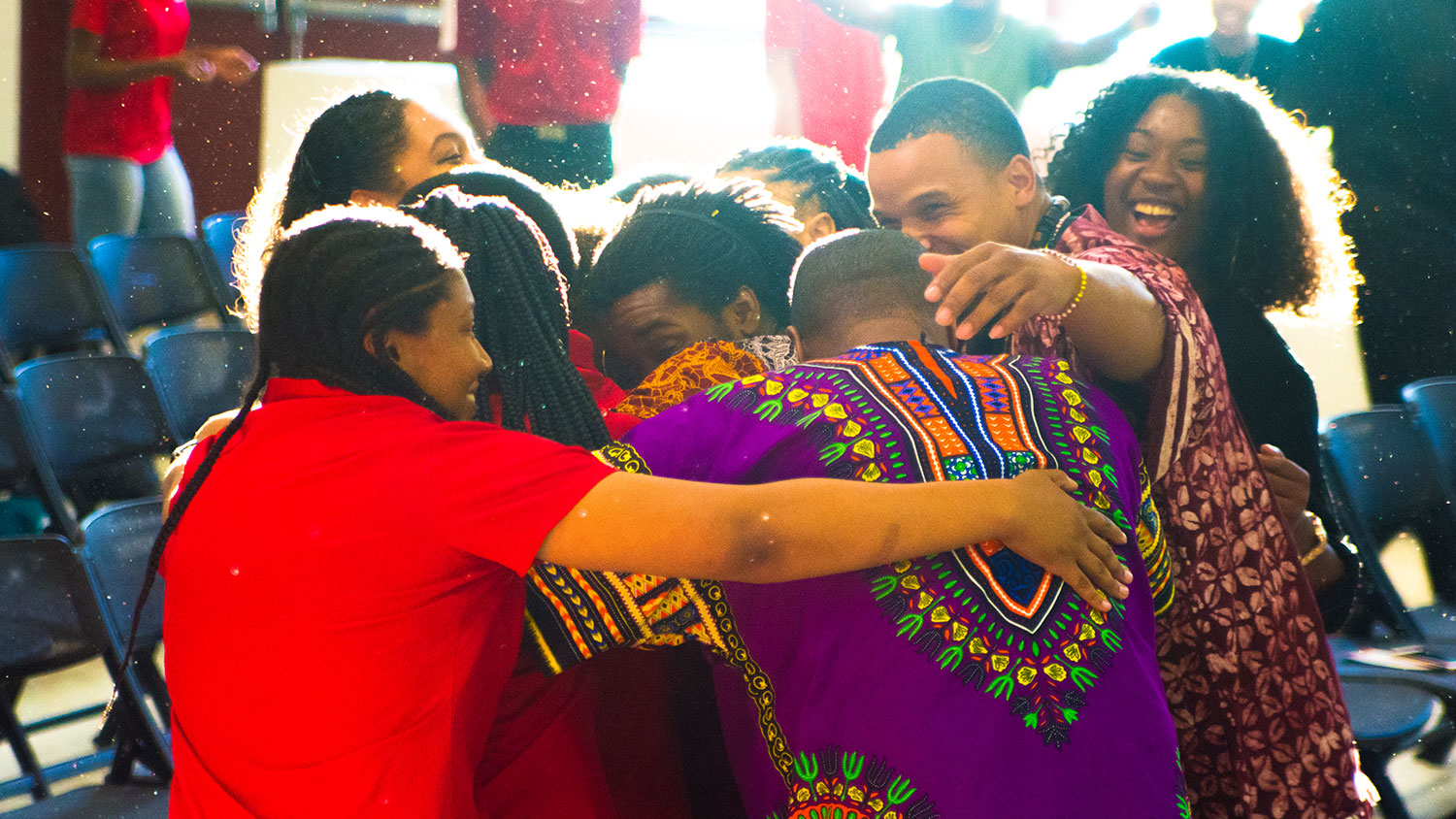 Alonzo Fullenwilder, a senior in mechanical engineering with a minor in African studies, is from Wilmington, North Carolina. He began working in the African American Cultural Center in August. As a work-study student for the African American Cultural Center, Alonzo Fullenwilder comes in contact with many NC State students. He recently shared how he helped one student early last semester. “He was a student of color who had never been in the AACC. I got to explain to him the purpose of the center, some of the history behind it and why it was vital,” he said. “I told him about some of the events the AACC hosts for students on campus and it really resonated with him. Since then, he’s been a lot more involved on campus. So, I got to help him socially because he connected with people that looked like him and it also helped him feel more at home on campus.”

Fullenwilder recalled his own introduction to the center. “Going to Harambee and seeing the togetherness among students was very impactful; it made my freshman year more positive.” Harambee is an annual welcome event hosted by the center at the start of each academic year. “Through the events the AACC hosts I’ve been able to learn more about my history as an African American and apply some of the messages to my life,” he continued.

“It’s vital for students of color to have a place where they can go and feel as if they are at home. As an individual of color on a predominately white campus, you may not feel any sort of connection to a lot of the spaces on campus,” he affirmed. “The AACC gives individuals an opportunity to feel that connection with the campus on a greater level.”

Outside of the AACC, Fullenwilder is very involved on campus. He also serves as president of the Xi Zeta Chapter of Phi Beta Sigma Fraternity, Inc., Multicultural Student Affairs volunteer ambassador and chancellor’s aide. As an MSA volunteer ambassador, Fullenwilder represents MSA at events across campus and plays an integral role in special programming the office does. In his role as a chancellor’s aide, Fullenwilder promotes a positive image of NC State to current and future students as well as alumni and friends.

Fullenwilder attributes being able to keep up with all his commitments and his academics to meticulous organization. “I make sure to note all upcoming meetings, events and programs. I also make sure to put important programs on my calendar as soon as I commit to them,” he says. “I rely heavily on my Google calendar and block out at least thirty hours a week for studying. I know that the number one reason I’m at NC State is to get a degree, and that oftentimes – as it should – takes priority over extracurriculars.”