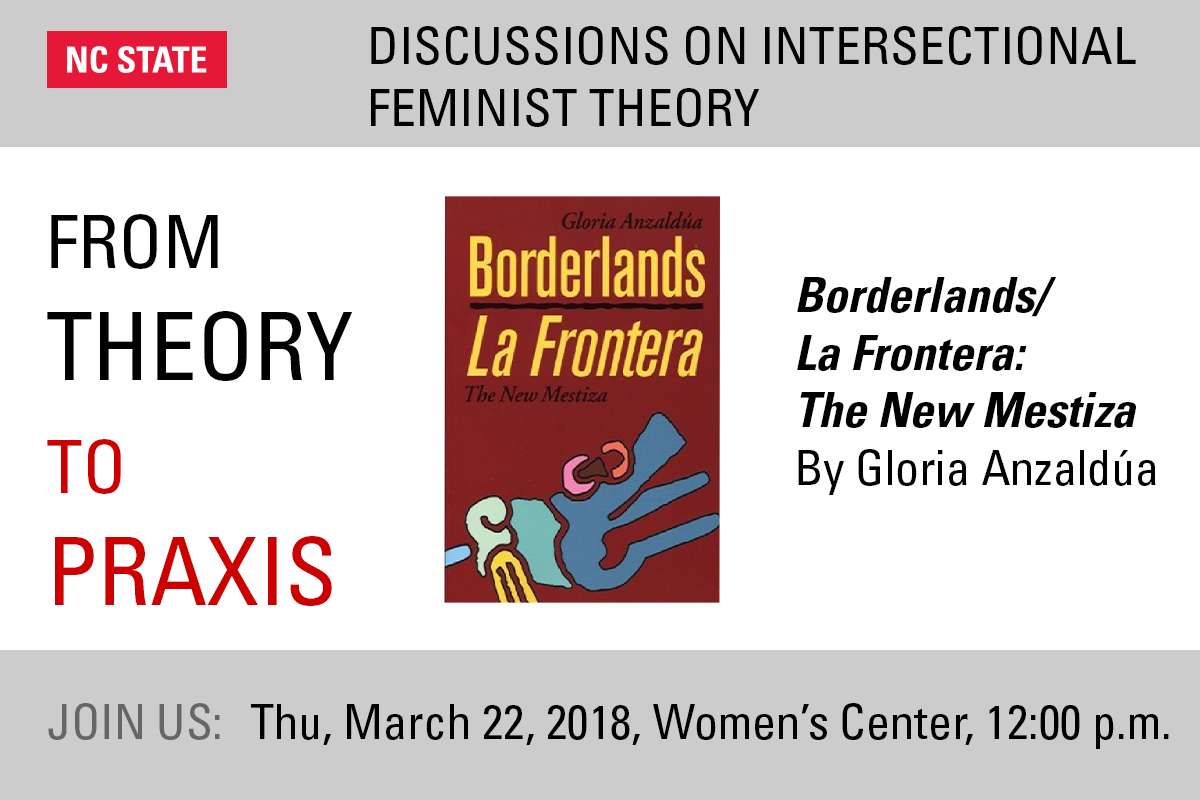 This academic year has seen the creation of a program that seeks to take academic conversations out of the classroom and ground the work of the campus community in a theoretical framework. “From Theory to Praxis” is designed to turn discourse into observable action, cultivate community and provide an opportunity to engage with challenging academic thought and literature. The overarching goal of this three-part series is to explore the myriad of ways theory can inform current and future social justice practices within the Women’s Center, GLBT Center, NC State and the wider community.

The first event was held in October 2017 and focused on Karma Chavez’s Queer Migration Politics: Activist Rhetoric and Coalitional Possibilities. This discussion was designed to bring together the celebrations of Latinx Heritage Month and GLBT History Month beyond September and October, respectively, and explore the intersections of Latinx queer Identities with activism and coalition building. Undergraduate and graduate students, alongside the centers’ staff, explored the utility of coalitions, the challenges and opportunities of building intersectional coalitions, and creative ways in which a sense of community can be achieved across identities.

At the start of 2018, the second event in the series involved an analysis of Judith Butler’s theory of gender performativity from her book Gender Trouble. Known for her very challenging rhetoric and writing style, the facilitators aimed to break down Butler’s theory in creative ways. In an attempt to create a common, introductory understanding of gender performativity, facilitators provided a comic depicting a conversation between Judith Butler and cats. This activity helped make a challenging conversation a little easier before jumping into a discussion of the selected excerpts from Gender Trouble. Check out the comic for yourself.

One participant, Ayla Dunbar, a senior studying social work, said, “At the program, it was really nice to just be able to reflect on the quotes, complicated as they are, and talk through them together. It was great to hear other people’s perspectives on such dense theory and use those viewpoints to aid my own understanding.” Another participant, graduate intern Beth Shanks, commented, “I think I had an understanding of the idea of gender performance before this, but it’s a great experience to see it reflected by a theorist.”

The third installment of the “Theory to Praxis” series will occur on Thursday, March 22, 2018 from 1:00-2:00 p.m. in the Women’s Center, Talley Student Union, Suite 5210. Join the discussion of Gloria Anzaldúa’s Borderlands. Excerpts will explore borderland theory and la conciencia de la mestiza. Discussion will focus on how this theory is embodied by people, especially women of color. It is helpful but not required to read the excerpts in advance. For more information or access to the excerpts, please contact María Tudela.

Maria Tudela is a graduate assistant in the Women’s Center.