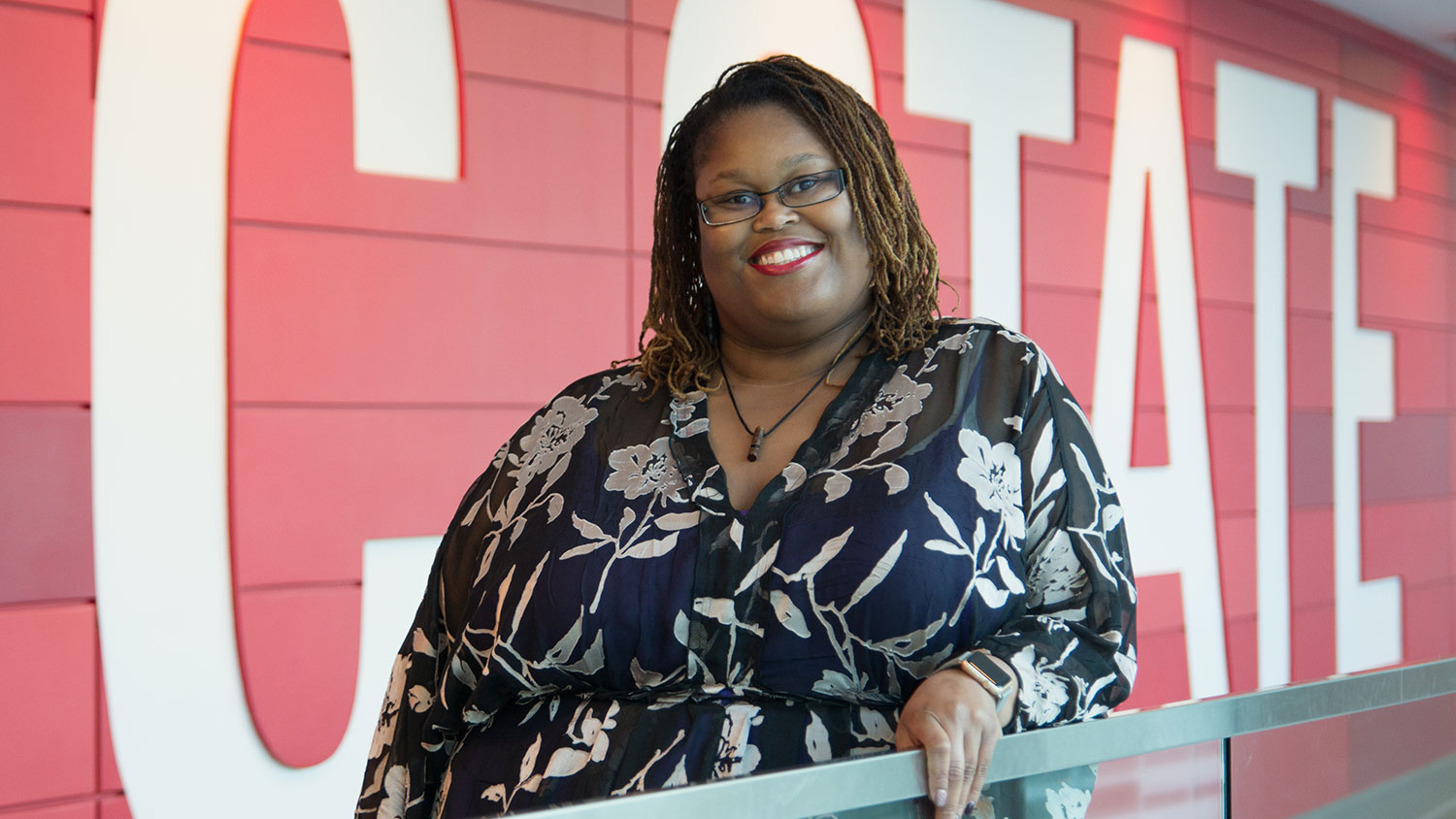 Angela Gay has joined the Women’s Center, one of four campus community centers within the Office for Institutional Equity and Diversity, as assistant director. Gay, who prefers to be referred to as Angela, has a dual background in student affairs and mental health counseling. Angela completed her undergraduate and graduate work at the University of North Carolina at Charlotte, where she studied organizational communication and mental health counseling, respectively. During that time, Angela also completed graduate certification in women’s and gender studies. Currently, Angela is a second-year student in NC State’s Educational Leadership, Policy, and Human Development (ELPHD) Scholar Leader Higher Education doctoral program.

Formerly a graduate assistant in the Women’s Center, Angela worked to develop annual signature programs such as the Gender and Equity Research Symposium, the Women of Color Retreat and the Politics of Black Hair Exhibit.

Angela states, “I am excited to join the community of doers in NC State’s community centers, and I am thrilled to serve through my role in the Women’s Center.” Angela believes that the Women’s Center is intentional in creating a space that welcomes all faculty, staff, students and community members and challenges us to move beyond blanket usage of language such as ‘diversity,’ ‘inclusion,’ ‘gender’ and ‘intersectionality.’  A skilled programmer, Angela also has a background in multicultural counseling and advising, active intervention and student training and development. Angela says, “My ultimate goal for the Women’s Center is to ensure that the center is seen as a haven of support for all, as well as a space for critical discourse, reflection and transformation. It has already transformed my own experience while at NC State.”