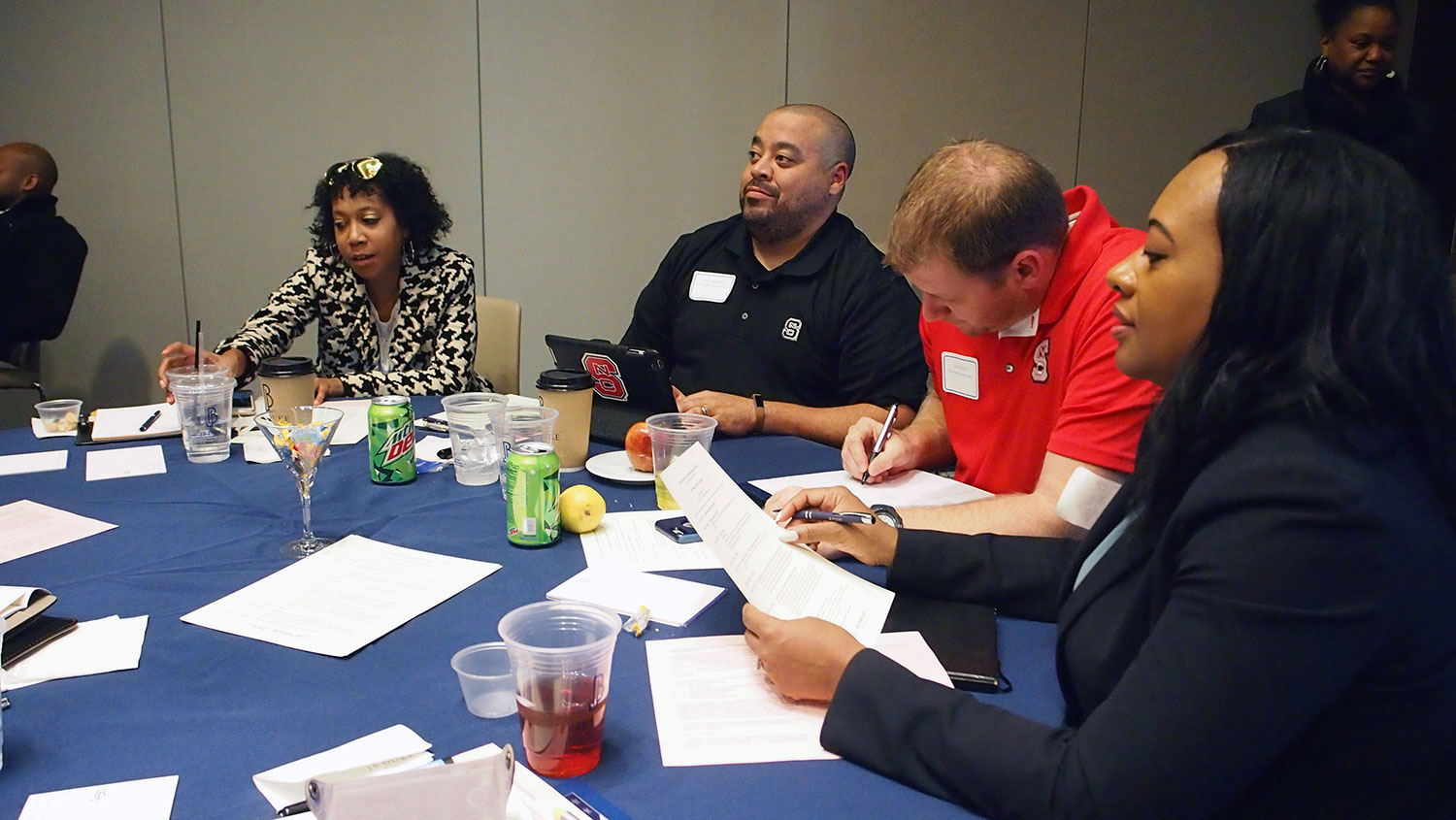 The conference began with a dramatization of a fictitious faculty search committee meeting presented by Theater Delta, Inc., a theater company that uses participatory theater to foster dialogue. Attendees had the opportunity to question the role players, who then answered in character about their actions and motivations. The reenactment raised both subtle and not-so-subtle points about the pitfalls of university search and hiring practices.

A second-morning presentation featured Shirley Wilcher, executive director of the American Association for Access, Equity and Diversity, a Washington, D.C.-based nonprofit think tank founded in 1974 that offers training, resources, networking, conferences and advocacy for the purpose of promoting inclusive organizations and institutions in areas relating to diversity, social responsibility and human and civil rights. Wilcher spoke pointedly about the drastic changes in federal policy in Washington during the past year and her organization’s need to work in an environment in which many developments contrary to its mission have occurred.

After lunch, Dean of Duke University’s Trinity College of Arts and Sciences Valerie Ashby gave the keynote address, “Faculty Diversity at Duke University: Strategies for Recruitment and Retention.” Ashby spoke about some of her personal career triumphs as well as Duke’s recent successes in attracting and retaining star tenure-track faculty from underrepresented groups. Ashby emphasized that climate and culture must prevail over short-term strategy to get and keep quality faculty of color, but that culture change is sustainable. Citing her former advisor, UNC chemist Joe DeSimone, a diversity pioneer, Ashby asserted, “Diversity creates excellence.”

The conference continued with a presentation by two attorneys from UNC-Chapel Hill’s University Counsel, Neera Makwana Skurky and Kristen Simonsen Lewis, regarding the challenges in permitting free speech on public university campuses, including what can and cannot be done by administrators when confronted with student protests, controversial invited speakers and other potentially undesirable but legal forms of free speech.

Concluding the conference, Chris Simmons, Duke’s vice president of government relations, spoke about recent legislative proposals and actions that have impacted diversity and inclusion efforts in higher education, from the rescinding of DACA to tax reform. While the gathering ended on a less than positive note, solidarity prevailed among the nearly 200 conference attendees.