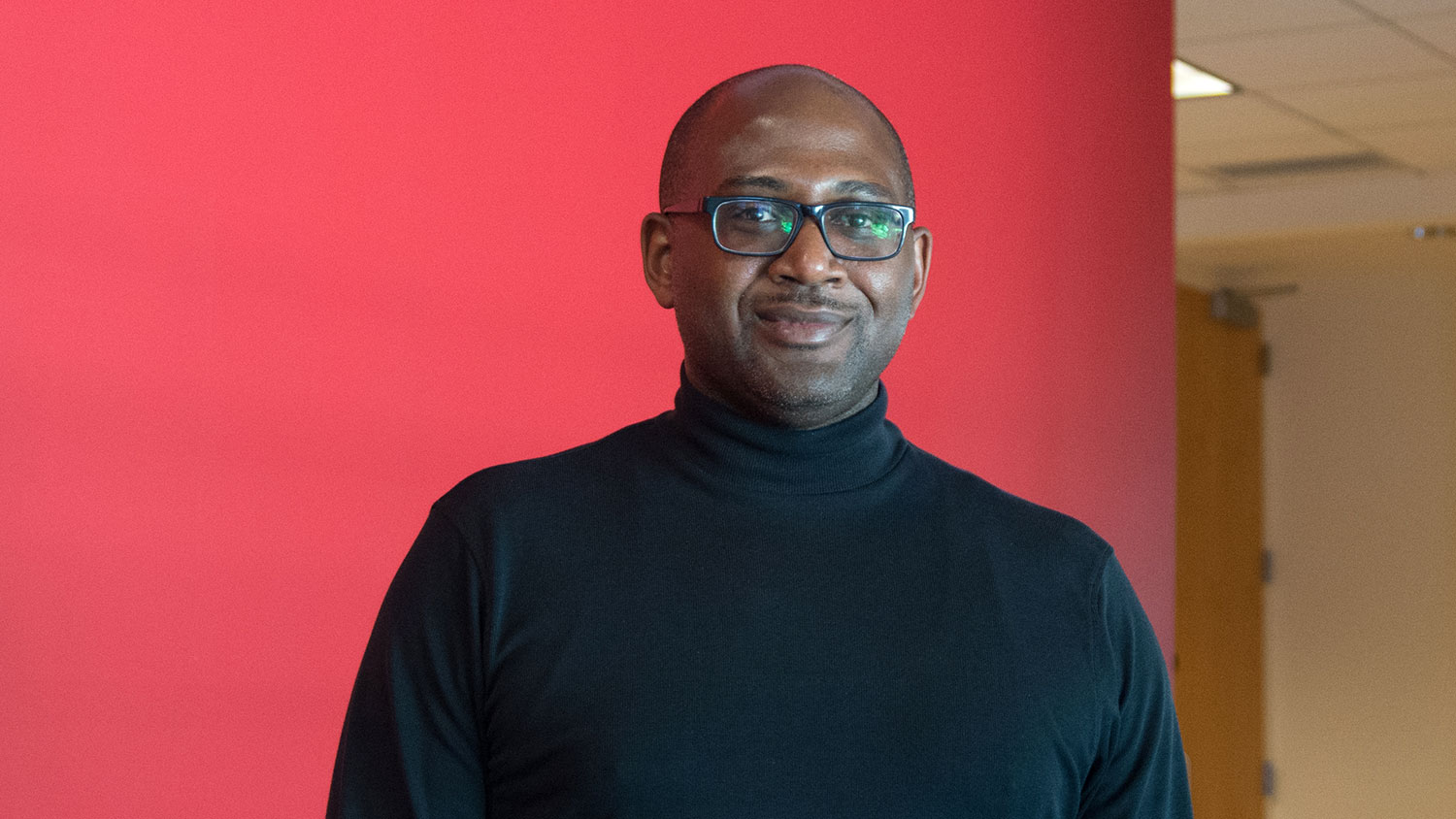 Braska Williams has served as coordinator of the North Carolina Mathematics, Science and Engineering Network (NC-MSEN) Pre-College Program within NC State’s College of Education since 2004.

Originally from Newport News, Virginia, Williams graduated from NC State in 1989 with a bachelor’s degree in applied mathematics and a minor in computer science, then earned a master’s in education. Growing up in a heavily industrial and military area, Williams witnessed poverty first-hand. Many young people from the area tried to escape through sports, but only a few succeeded. Williams saw education as a more achievable way to succeed and became an educator, spending the first five years of his career teaching high school math.

When his school district opened an engineering magnet high school through a National Science Foundation Grant, Williams received a recommendation to move there, finding what he recalls as “the perfect fit,” working with students of color from low-income backgrounds. With a large number of African American students, over 50% of whom lived in poverty, he worked with an after-school program to help get kids interested in STEM at a young age. When funding for the program ended, Williams came to NC State to spend the next 13 years with NC-MSEN, continuing his efforts to bring young students of color into the STEM pipeline.

To illustrate the critical importance of early exposure to subjects and role models in STEM fields, Williams talked about some of the dire conditions in the rural North Carolina counties of Vance, Warren, Nash and Northampton, where students come to the STEM Career Club, an after-school program for which he coordinates the parent component and college visitation portion. The program is funded through a National Science Foundation grant led by Jason Painter and Meg Blanchard, who handle the club development. He notes that these academically low-performing counties struggle with the difficulty of hiring qualified teachers. In one county, he learned that the one certified science teacher in the county had left, making it extremely difficult for students to learn science unless they could attend online or at a community college. The program partners with the Science House and provides teachers with three years of training plus materials, with transportation costs and stipends provided by some schools. Williams assists with planning and course preparation.

Williams has worked with Blanchard, a science education faculty member in the College of Education, to secure funding from the BelleJAR Foundation for one-week residential programs that provide college-level STEM research opportunities for high school freshmen who live on campus for a month, working with professors and gaining mentors.

Says Williams, “One thing about this work, it takes collaboration. It also takes all kinds of people like Meg who also have a passion and desire to help students; without her, I would not have had the opportunity to serve the wonderful people of the northeast part of our state.”

Growing the Presence on Campus

Here on campus, the NC-MSEN program serves 450-500 middle and high school students on an annual basis, up from 300 when Williams arrived. Nearly 100% of participating students go on to a four-year college. Twenty public school teachers staff the program’s Saturday Academy, teaching part-time, eleven Saturdays per year. At some schools, students can receive elective credit for participating in the program; others provide it as an after-school program. The program also offers a two-week non-residential camp.

At one time, nine North Carolina colleges funded NC-MSEN programs; today, only three other programs exist at Elizabeth City State, Winston-Salem State and UNC-Charlotte. Students visit all four locations for competitions, benefiting from the opportunity to see themselves on a college campus. Williams hopes to start a scholarship for students who participate in the program through their senior year.

Assistant Vice Provost for Student Diversity Tracey Ray worked with Williams earlier this year when OIED partnered to host the annual NC-MSEN Day in April that brought 400 students to campus for a day of twelve STEM-related competitions. “The competitions were exciting to say the least, but nothing compared to the enthusiasm that Braska Williams brought as the host. He is the secret sauce! How else would you have so many students excited to attend weekly Saturday Academies that begin at 8:45 a.m. and virtually create a sixth day of school? To see his work over the winter and spring sessions reach its pinnacle was thrilling,” Ray affirmed. “NC State is fortunate to have Braska Williams as a scholar and leader on our campus.”

Insight Into Diversity magazine recognized Williams in its September 2017 issue with an “Inspiring Leader in STEM” award, which recognizes “STEM leaders from underrepresented groups who encourage the next generation to pursue STEM education and careers.”

Although pleased, Williams cites the continued contact and calls he receives from his former students as his most gratifying reward. Williams has made a difference in the lives of students through teaching, mentorship, support and tireless effort where it has been most needed.