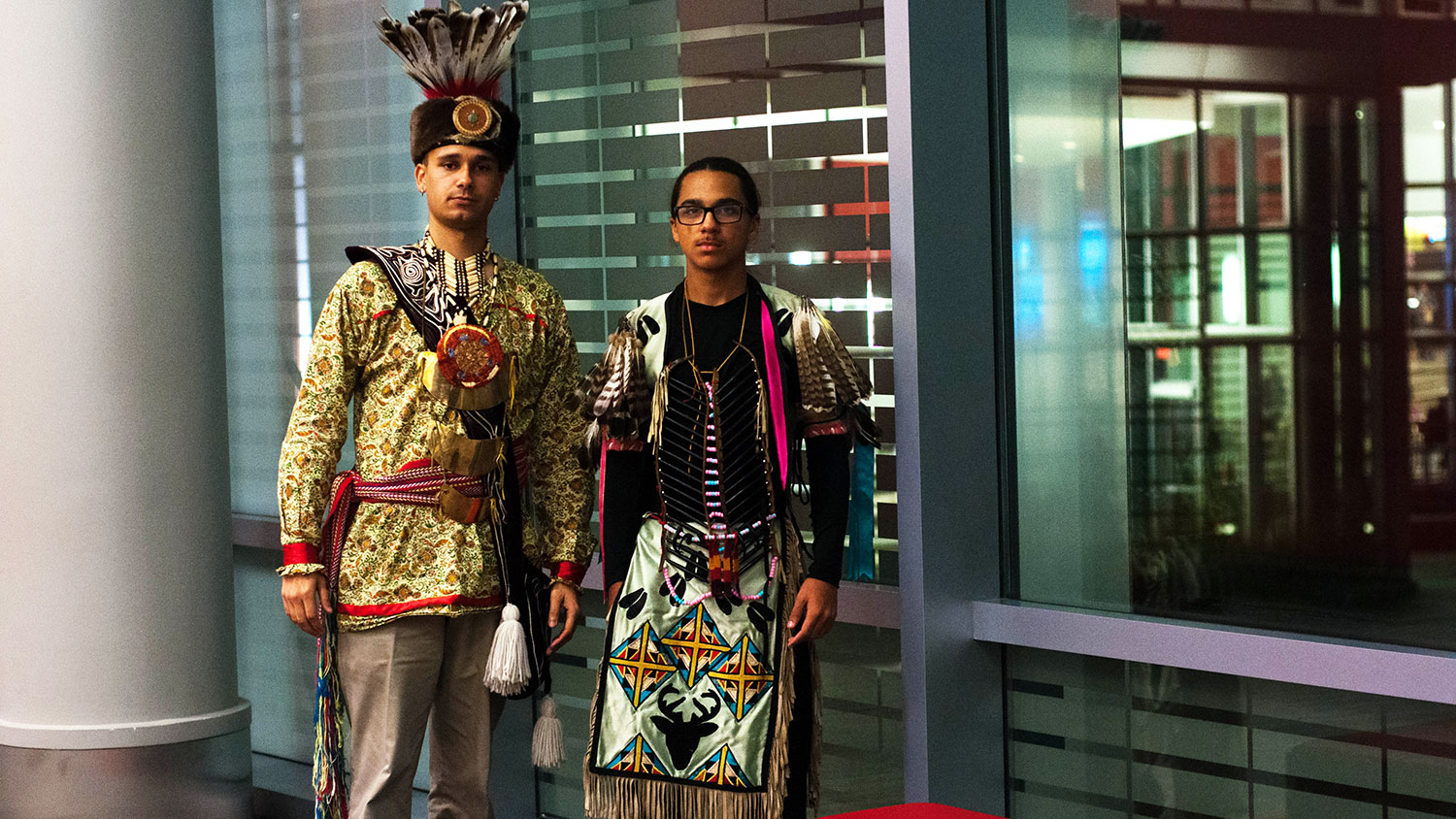 NC State will observe Native American Heritage Month during the month of November with events highlighting the theme of “resilience.” Multicultural Student Affairs invites those who wish to learn about Native American culture, or simply to enjoy, to attend the celebrations and workshops.

Student organizers chose this year’s theme to reflect the “ineffable quality that allows people to go through great adversity and to come back stronger than ever,” explained junior Amberlina Alston, a psychology major from Durham, North Carolina who is a Lumbee. “This resonates with us because, throughout centuries of mistreatment and colonization, our Native cultures are still alive and well.”

Alston, who serves as historian of the Native American Student Association and chair of Native American Heritage Month, has led the organizing committee as they developed ideas and collaborated with campus partners to create the month-long calendar of events. Alston says that the main objectives of NAHM are to let people know that Native culture is still relevant in everyday life and on campus, and that it is okay to be curious and ask questions if you’re confused about a certain aspect or cultural meaning.

One of the most popular and well-attended events of the annual celebration is Native American Culture Night, which will take place on Tuesday, November 14, 2017 from 6:00-8:00 p.m. in the Piedmont Ballroom, Talley Student Union. There will also be a kick-off event on Wednesday, November 1, 2017 from 3:00-5:00 p.m. in the lobby of Talley Student Union and several more events throughout the month.

For those wanting more, Alston mentioned the annual Pow Wow, which is held on the first Saturday in April; next year’s Pow Wow will be held on April 7, 2018. The Native American Student Association (NASA) holds biweekly meetings from 6:00-7:00 p.m. on Wednesdays.

Alston concludes, “People can become allies and friends of the Native American community by educating themselves and others about Native cultures and by supporting the community at our events.”