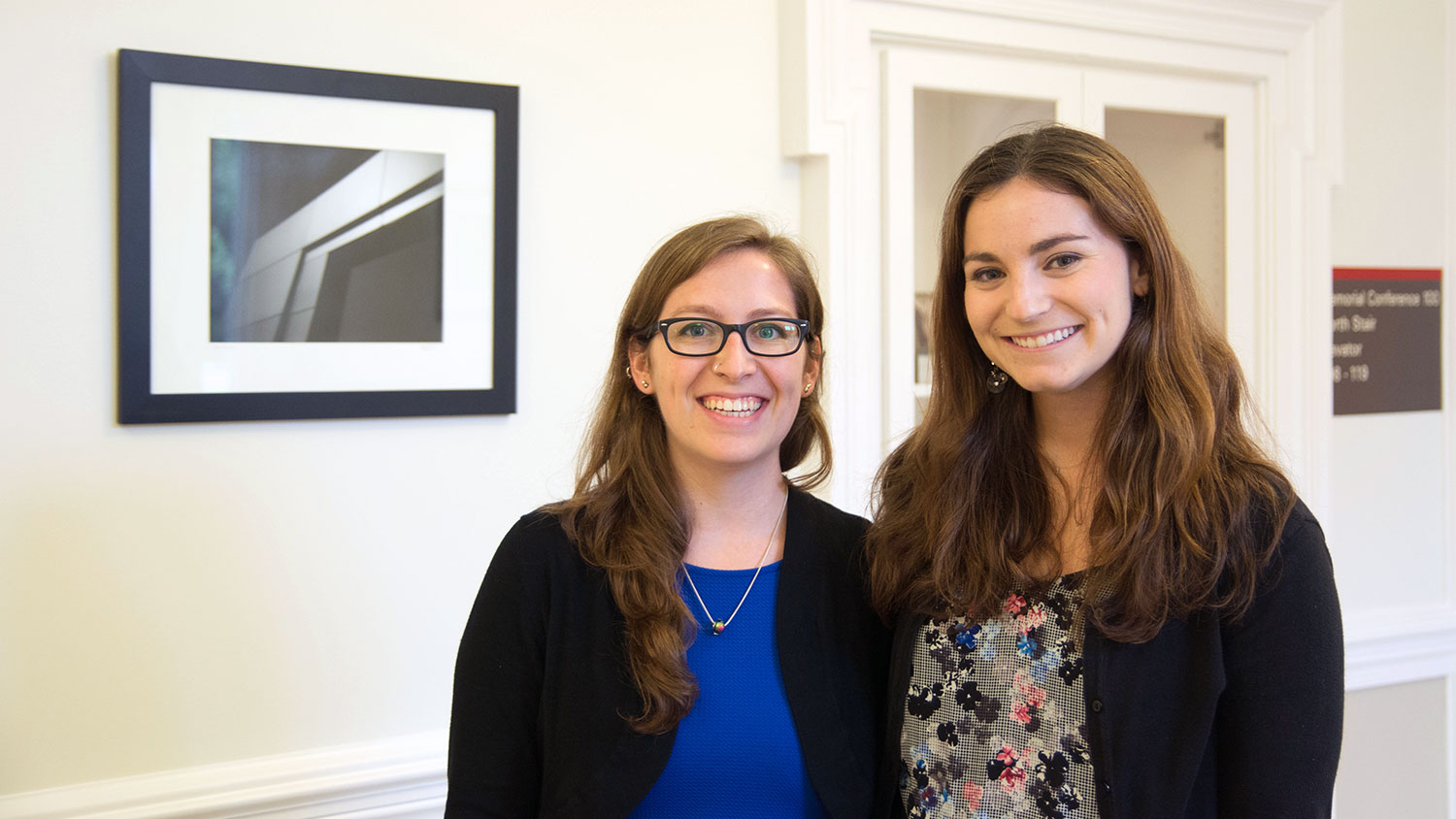 Jessica Hatcher, president of the Language Diversity Ambassadors, is from Goldsboro, North Carolina. KellyNoel Waldorf, vice president, is from Murphy, North Carolina. Both are graduate students in the English linguistics master’s program.

Now officially in its third year, the Language Diversity Ambassadors began as one part of the Educating the Educated initiative with the goal of engaging more with undergraduate students. The organization received a mini-grant from OIED, which was instrumental in branding and supporting the success of the student organization. The organization was founded by Drs. Stephany Dunstan, Walt Wolfram and Audrey Jaeger; Dunstan’s dissertation played an important role in the group’s conception.

“Dr. Dunstan’s dissertation revealed that students who spoke stigmatized dialects felt less sense of belonging in some places on campus; some were less likely to speak up in class and felt like they had to overcome stereotypes based on their speech. Dunstan noted that a lower sense of belonging on campus is associated with being less likely to be retained. We don’t want that to happen at NC State. We want all of our students to feel welcome and comfortable with the way they talk, especially in class,” states Jessica Hatcher, the group’s current president.

Current vice president KellyNoel Waldorf adds, “The overall goal is to teach about language diversity in a positive way, because most of the talk about differences is very negative. Most of our events revolve around educating and also celebrating language diversity.”

The Language Diversity Ambassadors’ events range from film screenings to hosting expert guest speakers. This semester, the organization hosted an event on people’s perceptions of non-native English accents and the implications of these perceptions. Next month, Dr. Jim Michnowicz will talk about Spanish English contact.

Language diversity includes “language differences and variations that can be connected to other diversity categories like gender, ethnicity, place of birth – all of those things. It’s important because language is a big aspect of identity, so to have any negative thoughts about those things is an attack on somebody’s identity. I find it important to celebrate those identity differences rather than condemn them,” says Waldorf.

Hatcher and Waldorf note language diversity’s importance within the learning environment especially. “I think appreciating differences in speech is appreciating people for who they are and where they come from. It’s vital for people to be able to speak the way they do and not be judged negatively for that,” says Hatcher. “By silencing people’s voices, we’re losing out on the valuable insight and contributions people can offer.”

In the professional environment, language diversity is just as vital.

The Language Diversity Ambassadors will host an event during Diversity Education Week titled, “Dialect and Dash: Language Diversity in North Carolina” on Tuesday, October 24, 2017 in Broughton Hall, Room 3216 from 2:30-3:30 p.m. for students, faculty and staff. Follow LDA on Twitter at @howlwithanaxent and check out their YouTube channel.

Did You Miss Take Back the Night? Watch Now.

On April 6, 2021, the Women's Center hosted a virtual Take Back the Night event to honor the strength, courage and resiliency of the NC State activists, advocates and survivors.

Providing Support in Response to the Recent Events in Minneapolis

Vice Provost Sheri Schwab issues a statement regarding the death of Daunte Wright and the Derek Chauvin trial.