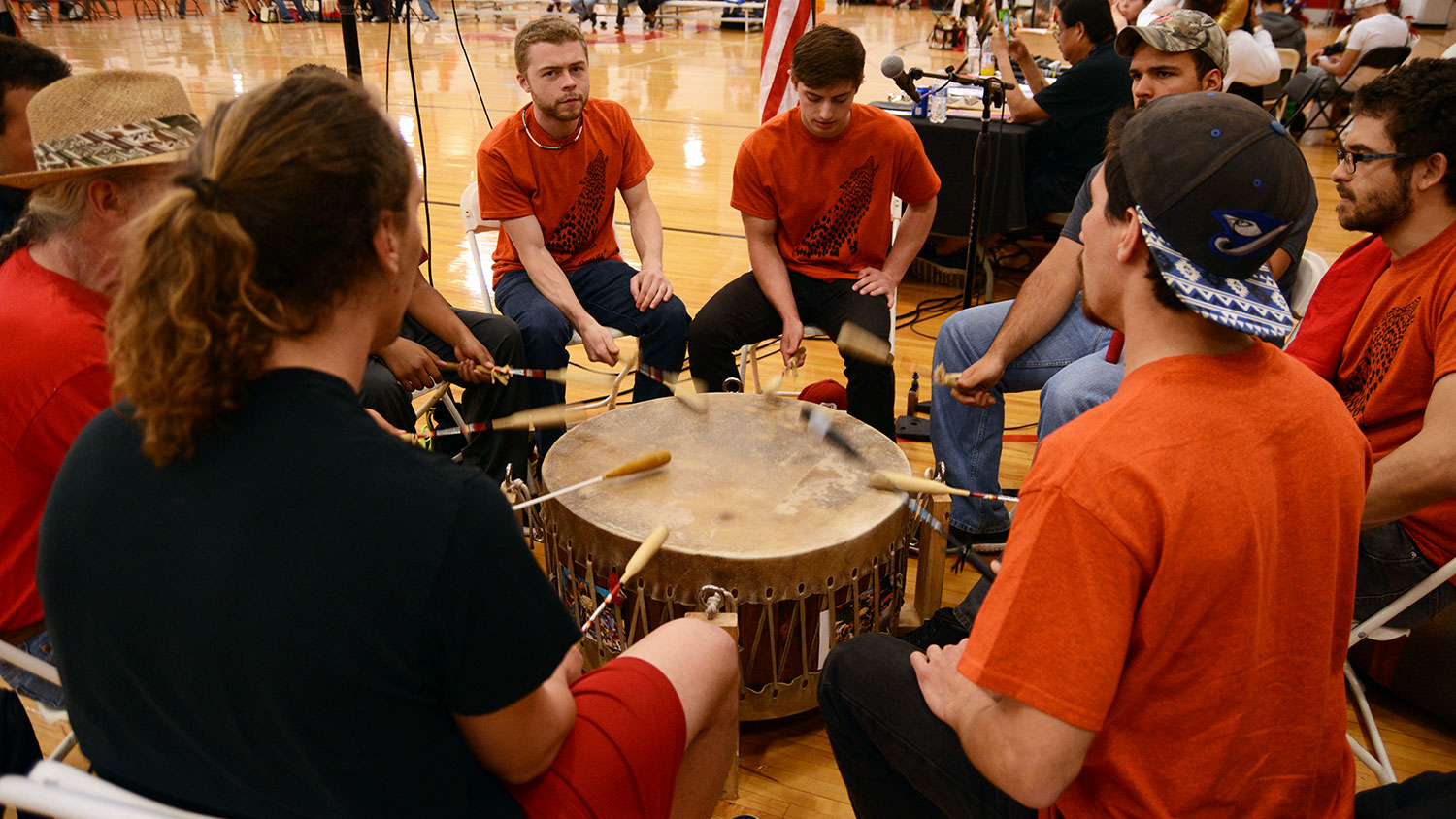 In 2015, a group of NC State students worked to bring the celebration of Indigenous Peoples’ Day to NC State, following the national Indigenous Peoples’ Day movement that transformed how many view the colonization of the Americas. Pointedly, then student (now alumna) Karli Moore stated, “Celebrating Christopher Columbus as a national holiday is the equivalent of praising him for the genocide, slavery and rape of millions of indigenous people.”

After hours spent launching social media campaigns, hosting campus forums, debating in Student Government and finally getting legislation passed, the group successfully organized the first Indigenous Peoples’ Day commemoration at NC State. The first observance included painting the Free Expression Tunnel with artwork by Sadie Red Wing, then a graduate student in the College of Design; a dinner in Clark Dining Hall; and a panel discussion titled “1490 Who?” about pre-Columbus indigenous culture, the terrible impact of colonization on Native peoples and the lasting effects we still see today.

Now in its third year at NC State, Indigenous Peoples’ Day is still going strong. The movement is taking hold in many major cities, with Los Angeles, Nashville, Austin and Salt Lake City among the cities declaring that they would recognize and celebrate Indigenous Peoples Day in 2017. Early adopter Berkeley, California was the first municipality to replace Columbus Day with Indigenous Peoples’ Day in 1992 and a growing list of other cities and universities have followed.

Multicultural Student Affairs, together with students, invites you to attend the following events:

Nashia Whittenburg is the director of Multicultural Student Affairs.