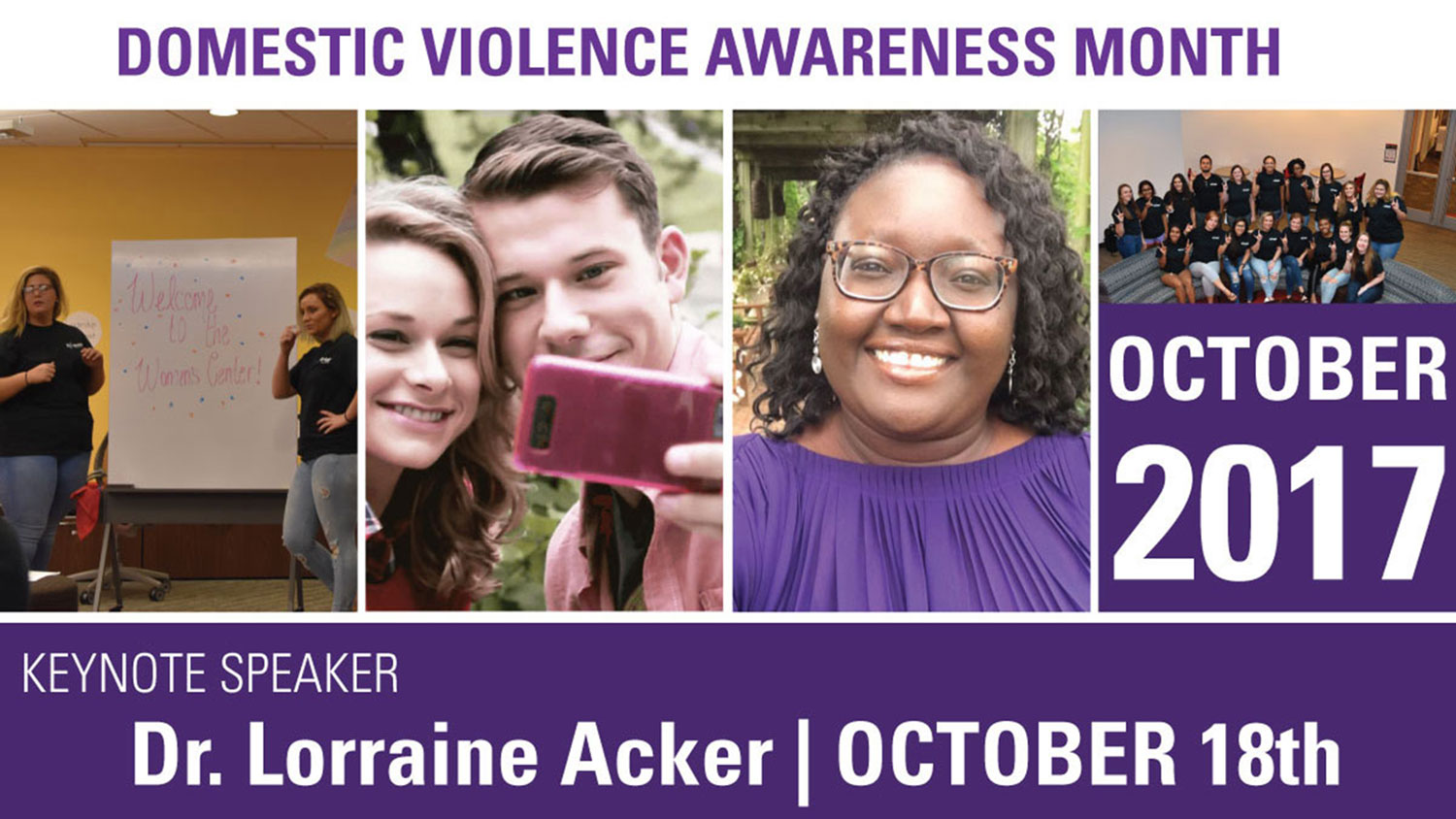 October marks the start of Domestic Violence Awareness Month (DVAM). Some may wonder why it’s important that NC State recognize this month, may assume that domestic violence is just a women’s problem or may have never taken a moment to stop and think about the breadth and depth of the issue.

Domestic violence is a serious, preventable, public health issue. Statistics show that 1 in 3 women and 1 in 4 men have been victims of physical violence by an intimate partner within their lifetime.* But did you know that people from minority groups are more likely to experience domestic violence than those who are not minorities? Were you aware that gay and bisexual men experience rates of domestic violence that are comparable, if not greater than, heterosexual women*? Or that the cost of interpersonal violence totals more than $8.3 billion dollars a year*? The Women’s Center’s upcoming month of educational events surrounding the issue of domestic violence benefits the entire Wolfpack.

Domestic violence may impact us on an individual level but also impacts us on a community level. Both men and women are at the greatest risk of experiencing domestic violence between the ages of 18-24, the typical age of students here at NC State. The Movement, a peer education group associated with the Women’s Center, has partnered with the One Love organization to show the buzzworthy film, Escalation. One Love was started by the parents of Yeardley Love, a student at the University of Virginia who was murdered by her ex-boyfriend. They created the organization as a catalyst for starting the conversation and changing the culture around relationships and interpersonal violence.

On Thursday, October 26, 2017 at 6:00 p.m. in Park Shops, Room 210, The Movement Peer Educators will be hosting a viewing and discussion of the movie. Through this event, The Movement hopes to raise awareness about the prevalence of relationship violence on college campuses, and how we as a Pack can be active bystanders. We hope that you will come out and support the Women’s Center, not just on the 26th, but at all of this year’s events because the work that we do to end domestic violence should not end with the month of October.

* Statistics from the National Coalition Against Domestic Violence (NCADV).

Maggie Schroder, a senior majoring in social work and Spanish and minoring in nonprofit studies, is president of The Movement. Sara Forcella is rape prevention coordinator in the Women’s Center.