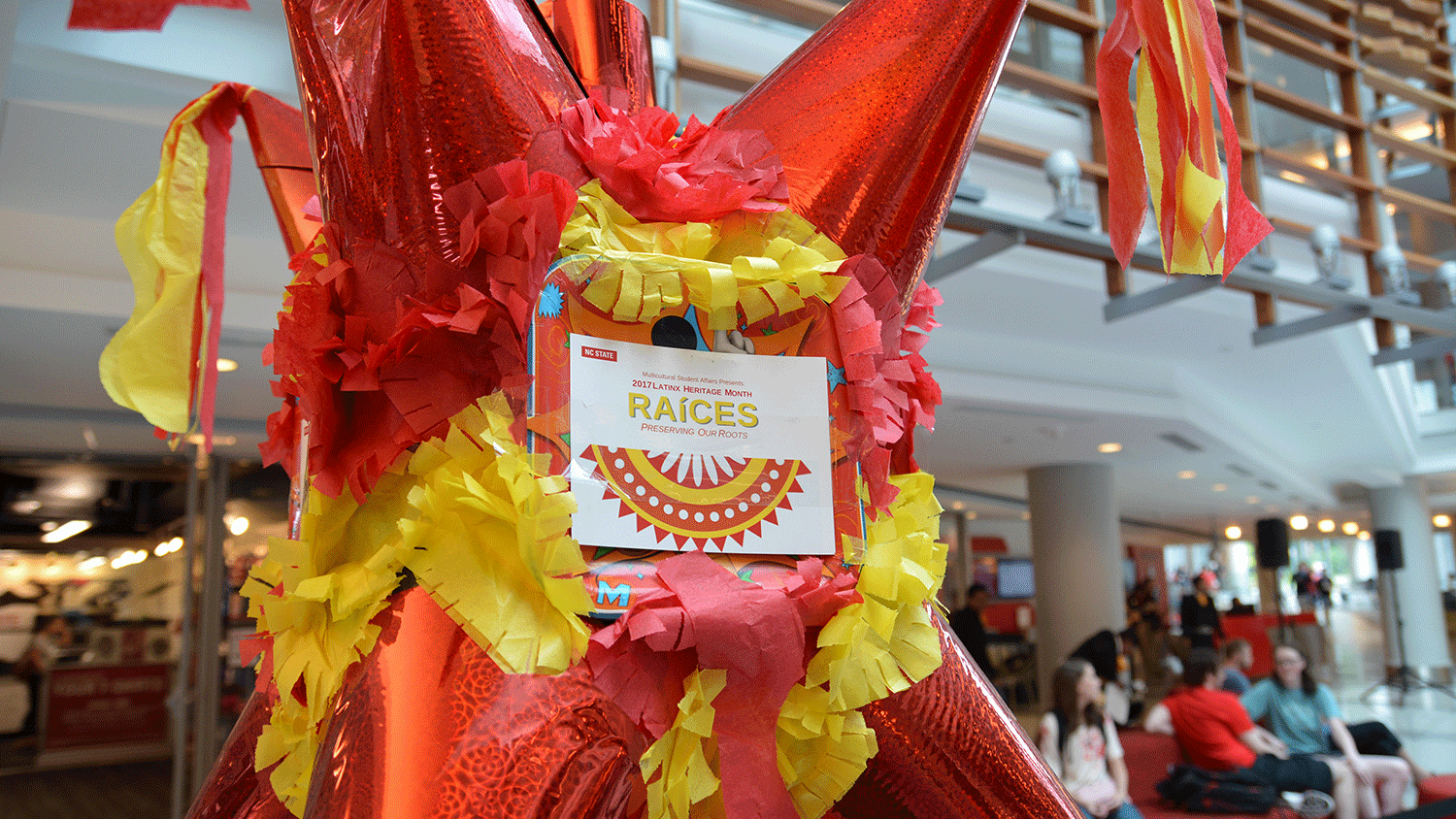 During National Hispanic Heritage Month (September 15 to October 15), the United States recognizes the contributions made and the important presence of Latin Americans to the United States and celebrates their heritage and culture. NC State will recognize the celebration as Latinx Heritage Month (LHM) to be more inclusive of the experiences and identities of our students, staff and community. Latinx Heritage Month (LHM), whose roots go back to 1968, begins each year on September 15, the anniversary of the independence of five Latin American countries: Costa Rica, El Salvador, Guatemala, Honduras and Nicaragua. Mexico, Chile and Belize also celebrate their independence days during this period and Indigenous Peoples Day is October 9, 2017.

At NC State, we started the celebration of LHM with three events that occurred on Friday afternoon and evening. The official LHM Kick-Off in the lobby of Talley Student Union featured Latinx students at a table with photo opportunities and plenty of treats. We also invited a local mariachi band for the first hour of the event. Then, some of NC State’s Latinx organizations, Lambda Theta Alpha Latin Sorority, Inc., Lambda Theta Phi Latin Fraternity, Inc., Latinas Promoviendo Comunidad/Lambda Pi Chi Sorority, Inc., Association of Latino Professionals For America, Society of Hispanic Professional Engineers and Mi Familia hosted a BBQ for students to enjoy a meal together. Finally, our colleagues at the African American Cultural Center helped us ring in the month by hosting Afro-Latinx music and dancing in Witherspoon Student Center.

We are thrilled to host Marisol Jimenez as our keynote speaker on September 20, 2017. Through her own consulting firm, Tepeyac Consulting, Jimenez has worked on a number of exciting projects, including partnering with the Z. Smith Reynolds Foundation to strengthen the statewide infrastructure of the NC Latino immigrant justice movement and offering racial equity trainings and coaching with community leaders and organizations across the country.