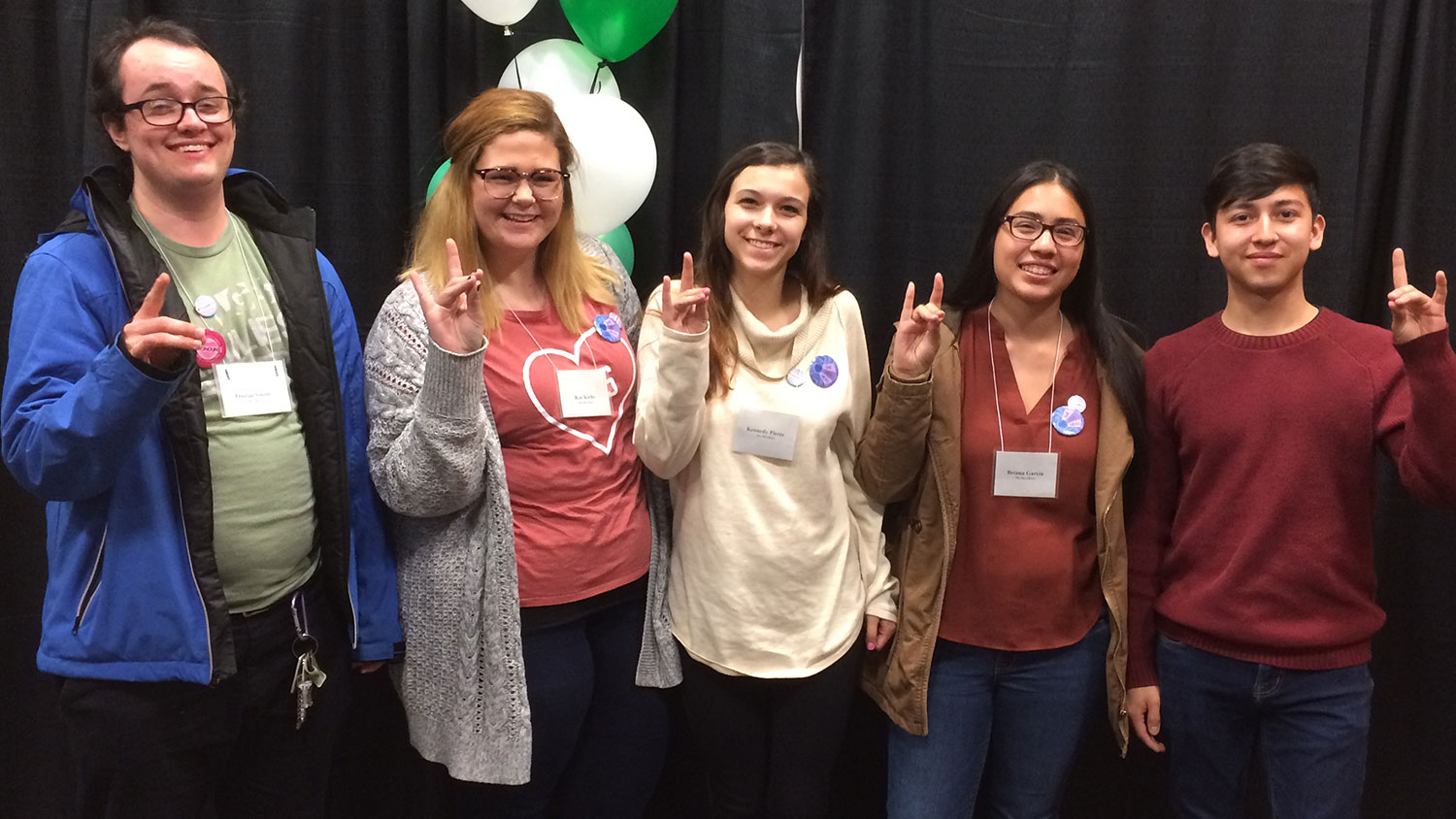 As part of their ongoing commitment to engaging students in high-impact learning opportunities related to social justice, the GLBT Center took five students to the annual student-led Equity in Action conference hosted by Appalachian State University during the first weekend in April. The two-day conference featured six one-hour workshop blocks with multiple concurrent sessions offered during each block as well as two keynote lectures. Critical reflection on how students can actively engage in working for equity, inclusion and social justice in the various contexts of their lives emerged as a central theme of the conference.

To be more equitable and committed to social justice, “institutions need to change to fit the presence of people of color (POC) instead of POC changing to fit the institutions.”

All of the students were strongly impacted by the closing keynote lecture by Dr. Jamila Lyiscott, who discussed “How Broken English Made Me Whole: The Politics of Race and Language.” Students commented on the powerful messages of her story, several of them highlighting “how language policing harms communities of color and how important it is to celebrate linguistic diversity.” Another critical takeaway for students was the role of “academic settings” in sending a message that some cultures and languages are valued less than others and that, to be more equitable and committed to social justice, “institutions need to change to fit the presence of instead of POC changing to fit .”

Renee Wells is director of the GLBT Center.