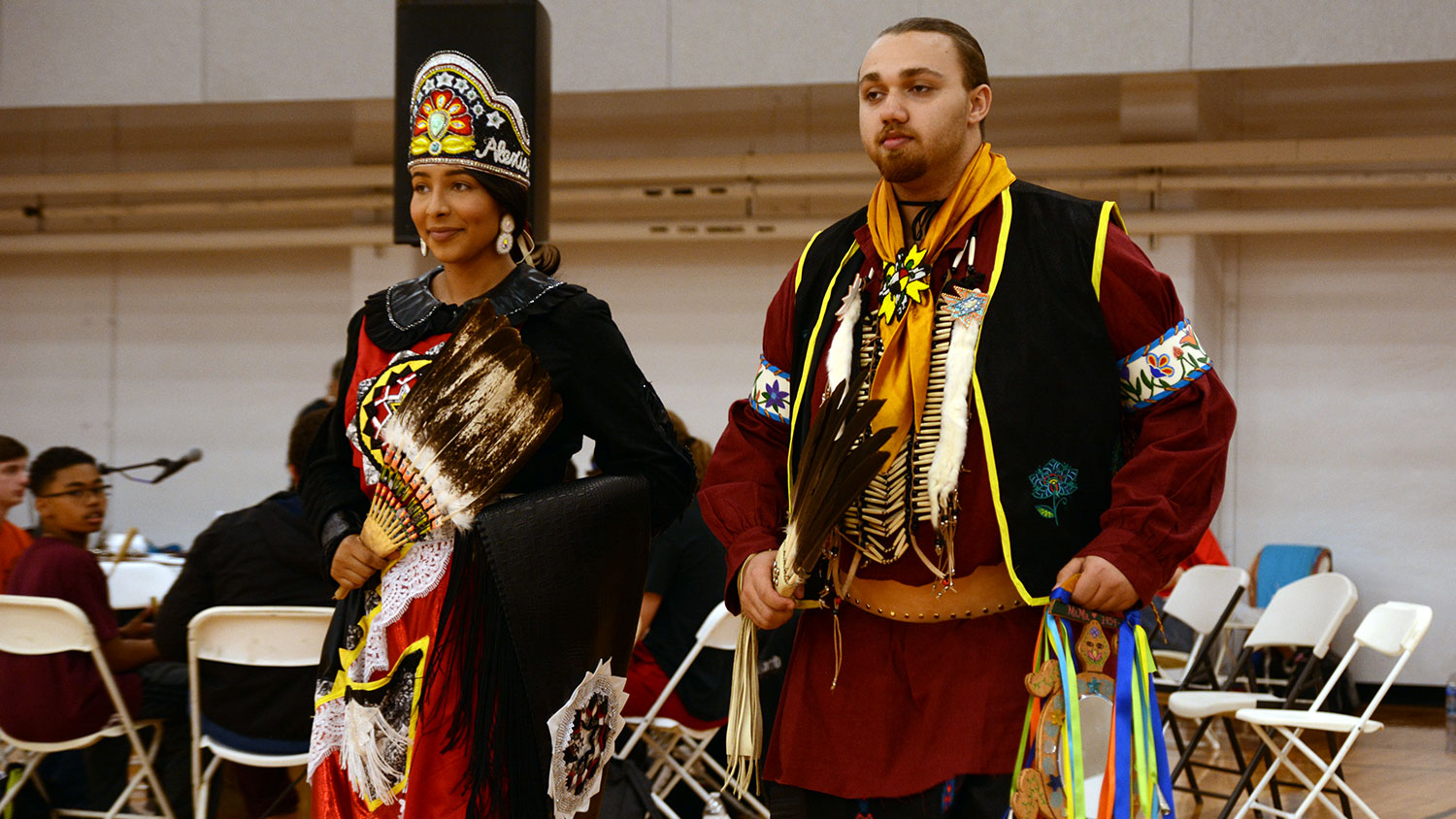 NC State’s Native American community held its end-of-year Banquet and Powwow on March 31 and April 1, 2017 respectively. Both events were hosted by the Native American Student Association (NASA) and the American Indian Science and Engineering Society (AISES) in conjunction with Multicultural Student Affairs. The Native Student Banquet is held each year to honor all Native students and allies of the community who are graduating. The students are presented with a hawk feather that is beaded at the stem with the University’s colors. In Native communities, feathers are typically presented to a community member who has achieved a major accomplishment or honor, and we recognize our students on campus by doing the same. In addition to our graduates, students who have been leaders on campus or who are our top scholars are recognized as well. This year’s banquet featured performances from Acapology and NC State’s drum group, Miskwa Waya, which is the only student-led Native drum group in North Carolina. The keynote speaker was Mr. Greg Jacobs, who serves as the tribal administrator for the Coharie Tribe and is highly respected among the NC Native population and beyond. The day after the banquet, NC State’s 27th Annual Powwow was held in Carmichael Gym. Over 400 guests were in attendance, including Chancellor Randy Woodson, making this year the second time in the event’s history that a seated chancellor has attended, with last year being the first. This year’s Powwow featured drum groups, dancers and vendors from all over the state who represented the tribal diversity of all eight of North Carolina’s tribes. Traditional Native foods were also available at the event, including frybread and collard sandwiches.