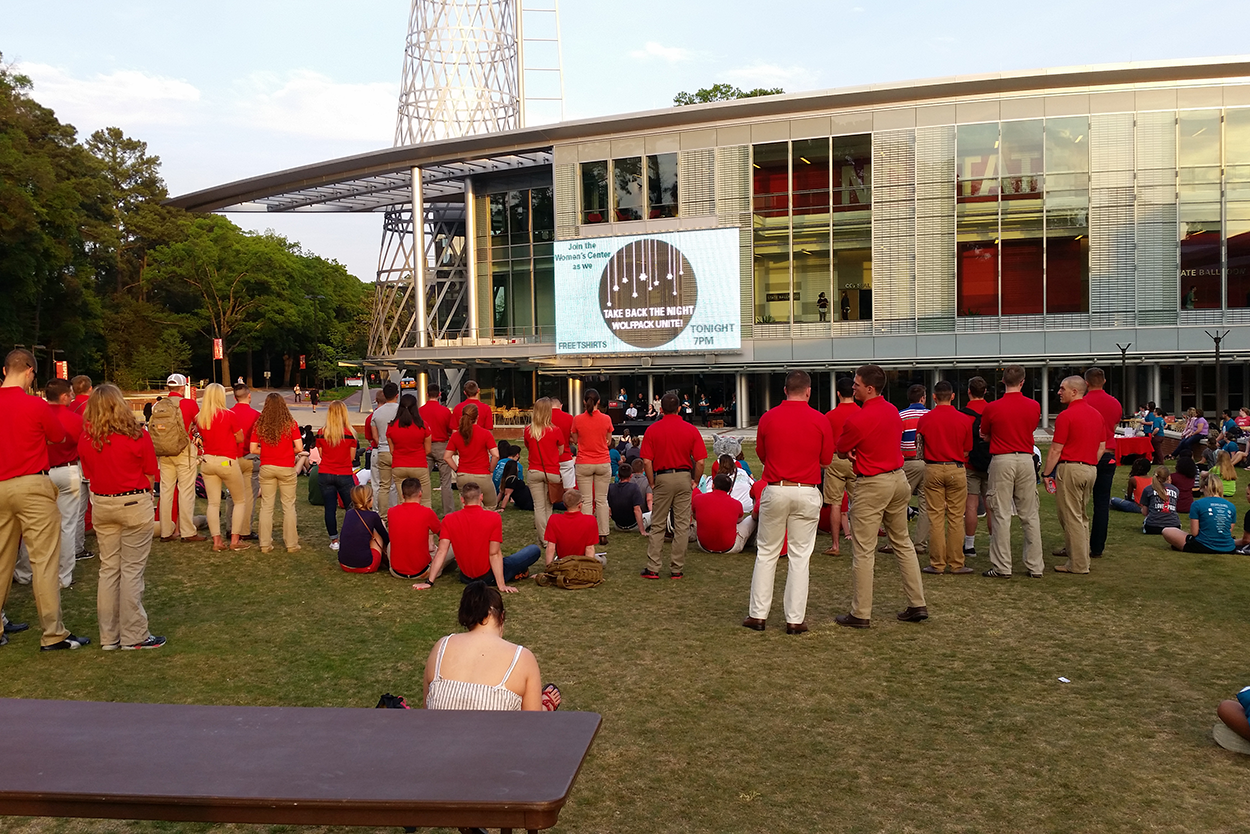 The NC State Women’s Center will present a full calendar of programs for Sexual Assault Awareness Month, which occurs nationally every April. We encourage you to attend at least one program this month to help stimulate dialogue and consciousness as we focus on this serious issue.

The following highlighted Sexual Assault Awareness Month programs are only a few of the many programs that will take place. Please see the full calendar for details on each of these programs and many additional offerings throughout the month.

Dr. Jackson Katz is an American educator, author, filmmaker and cultural theorist who is internationally renowned for his pioneering work in gender violence prevention education.

The Clothesline Project is a national campaign that started in 1990 to address the issue of violence against women and sexual assault. Survivors have the opportunity to express their experiences and feel empowered through the use of artwork.

Join the Women’s Center and Fraternity and Sorority Life (FSL) to discuss the ways in which men can assist interpersonal violence prevention. Participants will watch the film My Masculinity Helps, which will be followed by a short panel discussion composed of members of FSL.

Take Back the Night

The Take Back the Night (TBTN) march and rally reclaim the night and our campus for survivors of sexual assault. The outdoor portion of this event is followed by a private survivor speak-out.

Denim Day was originally triggered by a ruling by the Italian Supreme Court in which a rape conviction was overturned because the justices felt that since the victim was wearing tight jeans, she must have helped her rapist remove her jeans, thereby implying consent. The following day, women in the Italian Parliament came to work wearing jeans in solidarity with the victim. Denim Day was developed in response to this case and wearing jeans during this annual event has become a symbol of protest against erroneous and destructive attitudes about sexual assault. Wear denim and head to Stafford Commons to pick up a button.

Sara Forcella is rape prevention and education coordinator in the Women’s Center.