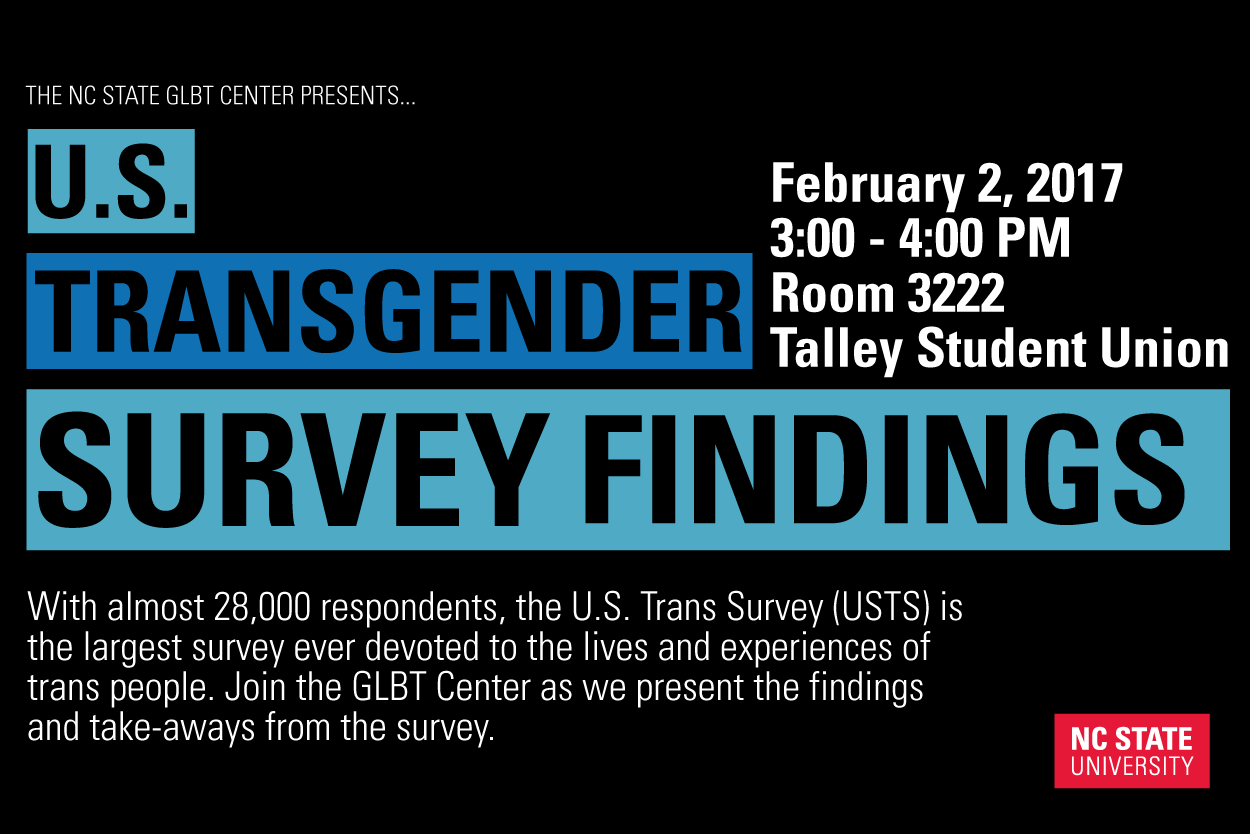 GLBT Center staff will present the results of the U.S. Transgender Survey, the largest survey of transgender adults ever conducted, on Thursday, February 2, 2017 from 3:00-4:00 p.m. in Talley Student Union, Room 3222.

While the NTDS, with a sample size of over 6,000, uncovered the comprehensive and oftentimes catastrophic levels of discrimination faced by transgender adults, the authors and researchers wanted to capture an even clearer picture of the experiences and needs of the transgender communities across the U.S. The USTS was taken by 27,715 respondents from all 50 states and multiple U.S. territories and out-of-country military bases in 2015. The full report was published in December 2016.

With a sample size over four times larger than previously attained, the presentation will review the key findings about family life, documentation, healthcare, education, employment, housing and homelessness, interactions with law enforcement, restroom access, harassment and violence and other areas of public accommodation. The GLBT Center staff will focus on the areas of greatest concern to the undergraduate, graduate and community members NC State serves. Attendees will have the opportunity to engage in discussion around the impact of this new understanding on their work with and support of transgender members of the Wolfpack.

Andy DeRoin is program coordinator in the GLBT Center.