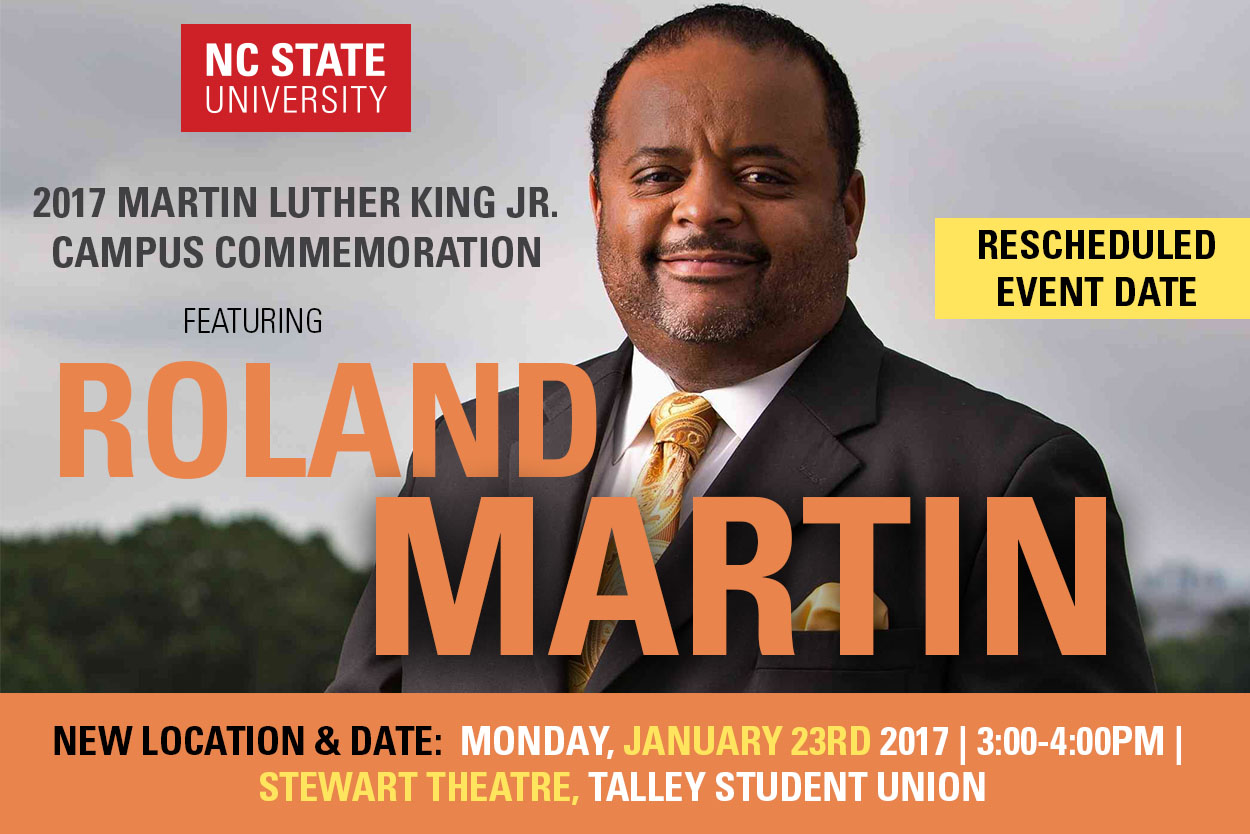 The African American Cultural Center has announced that the 2017 NC State Reverend Dr. Martin Luther King Jr. Campus Commemoration has been rescheduled for Monday, January 23, 2017, from 3:00-4:00 p.m. in Stewart Theatre. Please join us as we welcome commentator and author Roland Martin!

Roland S. Martin is the host and managing editor of TV One’s NewsOne Now, the first daily morning news program to focus on news and analysis of politics, entertainment, sports and culture from an explicitly African American perspective.

Martin is also a nationally syndicated columnist with Creators Syndicate and senior analyst for the Tom Joyner Morning Show, where his segment is heard on more than 100 stations by 8 million people daily. He has interviewed multiple U.S. presidents, top athletes and entertainers. NewsOne.com named Martin as the number one Black pundit in the country. He has been named several times to The Root 100, an annual list of influential African Americans.

He is the author of three books: Listening to the Spirit Within: 50 Perspectives on Faith; Speak, Brother! A Black Man’s View of America; and The First: President Barack Obama’s Road to the White House, the latter from his own original reporting. He has also written for numerous other books and magazines.

Martin has received more than 30 awards for journalistic excellence, including Journalist of the Year in 2013 by the National Association of Black Journalists and the Peabody Award in 2009 for outstanding election coverage while at CNN.

He is a member of the National Association of Black Journalists and a life member of Alpha Phi Alpha Fraternity, Inc. He earned a bachelor’s of science degree in journalism at Texas A&M in 1991 and a master’s degree in Christian Communications from Louisiana Baptist University in 2008. He is married to the Rev. Jacquie Hood Martin, author of Fulfilled! The Art and Joy of Balanced Living. They reside in Washington, D.C.