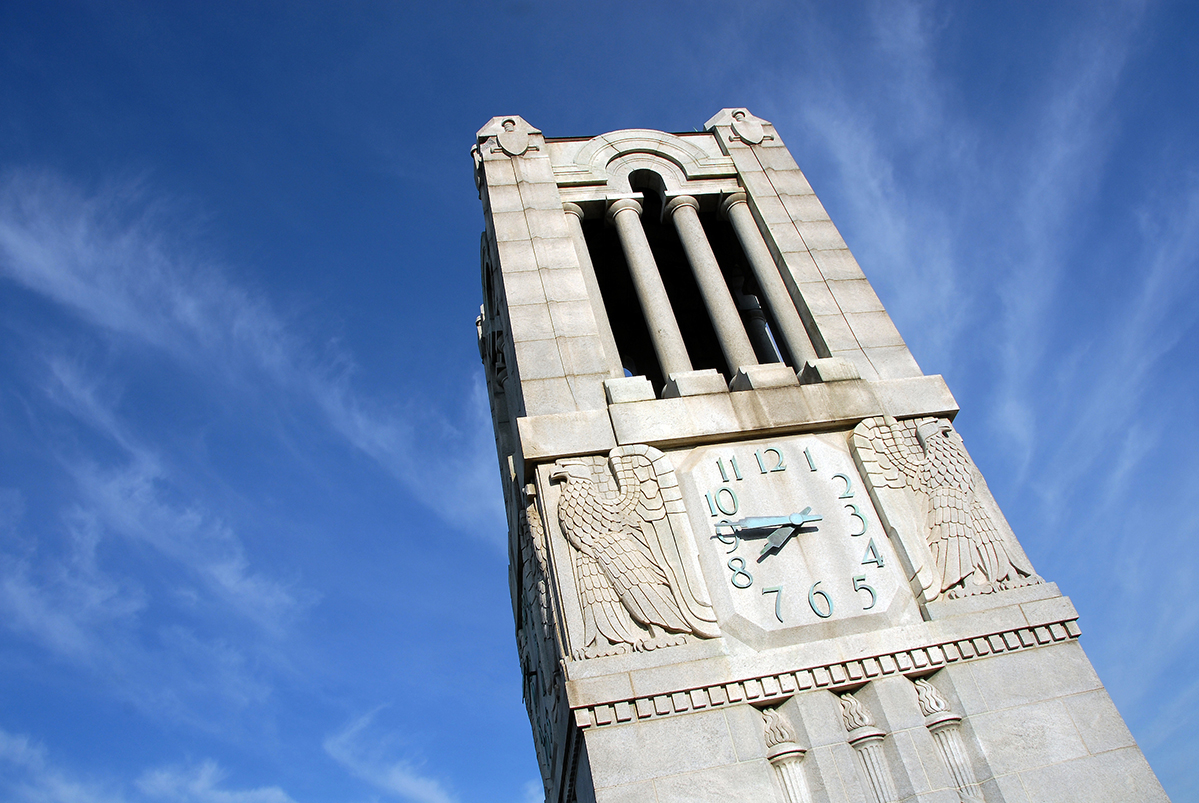 Belltower on a sunny Spring day. PHOTO BY ROGER WINSTEAD

On a bright and sunny Saturday, September 24, 2016, 97 NC State students participated in the North Carolina LGBT Pride Festival on Duke University’s East Campus. This day-long event started with GLBT organizations, GLBT-friendly businesses and faith communities showing their support on the festival grounds. Students updated their voter registration, shopped for rainbow regalia, bought pride flags, learned about the different resources available across the state and ultimately basked in the visibility of their community.

Anna Schubel, a member of the Bi/Pan @ NCSU leadership team, commented, “There are so many bi and pan pride flags… The parade for sure, getting to show my support for the community and everyone in it. It’s a fun time!”

Emanuel Cruz, an Engineering Village mentor, was happy to be in a place of acceptance. “Growing up in a community that wasn’t the most inviting, I guess, seeing that there are places where people can be as accepting and open as they are here, it makes you realize that things are going to get better,” he said. “This place is so warm, you know… I get to see people from all ethnicities being open. It was nice!”

Many other students stated they felt free to be themselves, a sentiment that can be summed up by this quote from a student: ” that I am fabulous and nobody can stop me.” One student said, “I learned that there are more people who support LGBT people in NC than I previously thought.” Another noted, “There is strength in numbers and communities can have a voice.”

Ryan Levine, secretary of oSTEM, a pre-professional student organization for GLBT students in STEM fields, said, “I like Pride because it’s nice to see our community is so diverse. People like to cast us as just one thing, but you see there are so many different facets to it and so many different groups. There are religious groups, there are school groups and everybody just melds together to celebrate being queer and being different from what society thinks of as the norms.”

One student pointed out a “lack of recognition of intersectionality and resulting needs” but was happy to see a “growing QPOC population” at NC Pride. This was echoed by another student who said, “I learned that NC Pride is a platform for many other issues, and that there is no ‘one’ kind of LGBT individual.” This awareness of intersectional social justice is one of the long-term goals of the GLBT Center, and NC Pride is a great way to show students how intersectionality operates outside of NC State University.

Andy DeRoin is program coordinator in the GLBT Center.