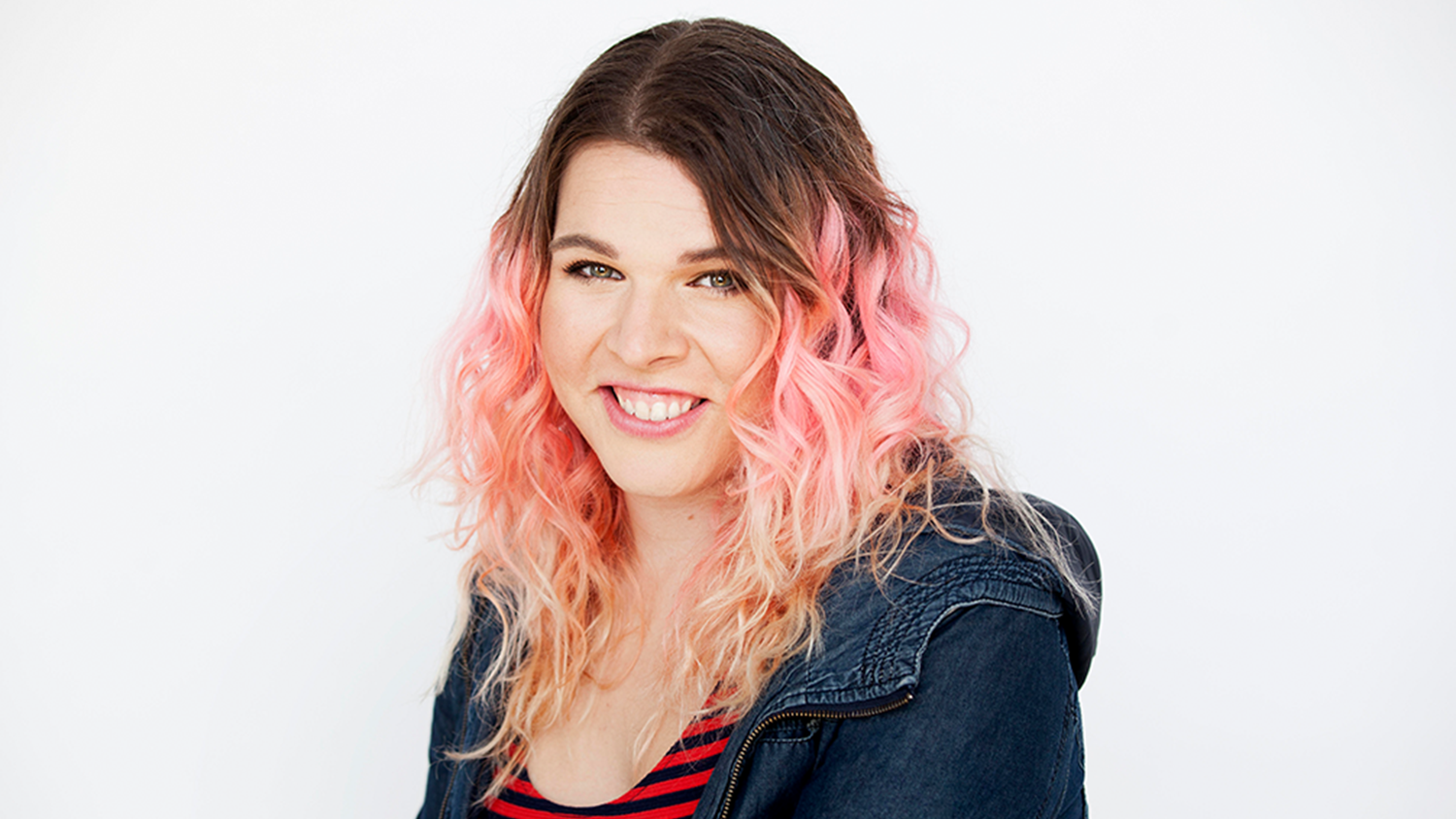 At the close of GLBT History Month, comic artist Sophie Labelle visited NC State to share her experiences writing and drawing about transgender issues. Her popular internet comic, “Assigned Male,” introduces readers to Stephie, a transgender girl navigating life, and an ensemble of supportive family, friends and significant others. Labelle’s other books and zines confront homophobia, transphobia, ableism and what it can look like to live at these and other intersections of oppression.

In a Q&A-style presentation, Sophie delightfully and humorously described her journey from elementary school teacher to cartoonist. Starting at an early age, during her elementary school years, Labelle began drawing comic strips of her older brother’s fifth-grade teachers based on his stories.

After working with transgender and gender non-conforming youth in summer camps and elementary schools, Labelle realized she needed to create an accessible way for others to learn about the daily occurrences of transphobia and microaggressions. During her presentation, Labelle emphasized that her work specifically doesn’t focus on the transgender aspects of her characters’ lives, but instead depicts them living their lives while other people react to their transgender identities. This subtle “flipping of the script” has created opportunities for Labelle to highlight the needs of transgender and gender non-conforming youth while also creating rich, three-dimensional characters.

After the event, attendees talked about how they could use storytelling to challenge oppression. One attendee said, “I’m a creative writing major, so I could include characters that challenge dominant narratives in my work. Also, I could make sure I read things that do the same.” Another said they could “provide access to art that has been made by people who are underrepresented” and a third added that they could “advocate for fictional spaces for trans folx.”

Andy DeRoin is the program coordinator for the GLBT Center.