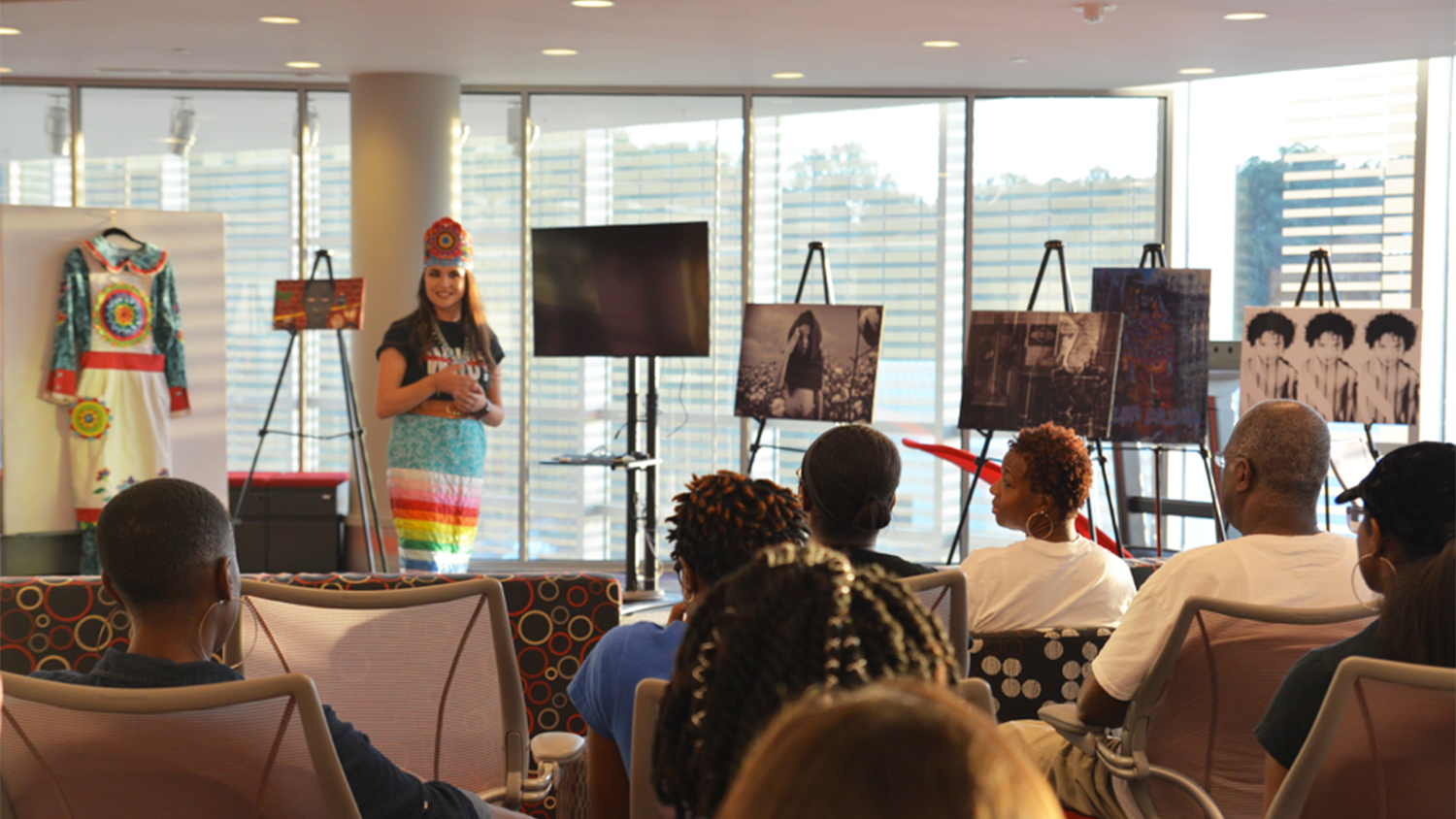 In 2015, NC State University joined the National Indigenous Peoples’ Day movement to replace the federal holiday of Columbus Day, becoming the first university in North Carolina to do so.

In keeping with the theme for NC State’s 2018 Native American Heritage Month, “Our Fire Still Burns,” Dial-Stanley spoke on an array of topics, including how Indigenous Peoples’ Day centers on paying respect to indigenous ancestors, her experience as a member of the Lumbee Tribe and contemporary issues such as the appropriation of culture through the use of native bodies as Halloween costumes and sports mascots, and the Atlantic Coast Pipeline. The event brought students, faculty, staff and community members who asked questions about her experience attending a PWI, the history and significance of Native regalia and appropriate terminology when referring to Indigenous people. At the end of the event, attendees had an opportunity to gather around the drum, many for the first time, for a closing song performed by Miskwa Waya.

Attendees provided positive feedback, stating that they walked away learning more about Indigenous people. Multicultural Student Affairs continues to bring awareness of Indigenous communities throughout the academic year by hosting programs during Native American Heritage Month in November and the annual NC State Powwow on April 6, 2018 and by serving as a support system for indigenous members of the Wolfpack.